Why Global Citizens Should Care
Plastic pollution has become a huge issue in terms of the damage that it’s causing to the natural world. The UN’s Global Goals call for action in protecting life on land and life below water, as well as action to drive responsible consumption and production. Join us by taking action here to combat plastic waste.

Here’s some news you can raise a glass to — a glass of water, at least.

In an effort to stem the tide of plastic annually polluting the world’s oceans, a new app was launched Tuesday to provide users with a public index and global search engine for drinking water around the globe. Dubbed Tap, the app utilizes geolocation technology to share the nearest of more than 34,000 Refill Stations across the world where they can fill up any bottle.

“I think people drink bottled water because they can’t find water,” said Samuel Ian Rosen, founder and CEO of Tap, in a press release, noting that by utilizing Google Maps and coordinating known water resources, his app helps to eliminate that waste.

“So long as you carry your own bottle, you never have to buy a bottle of water ever again,” he said.

Some of the locations are traditional water fountains, reported Fast Company. Others are restaurants or stores, like Sweetgreen, Lululemon, or Adidas, that offer self-service refill stations or will refill a bottle over the counter to customers. 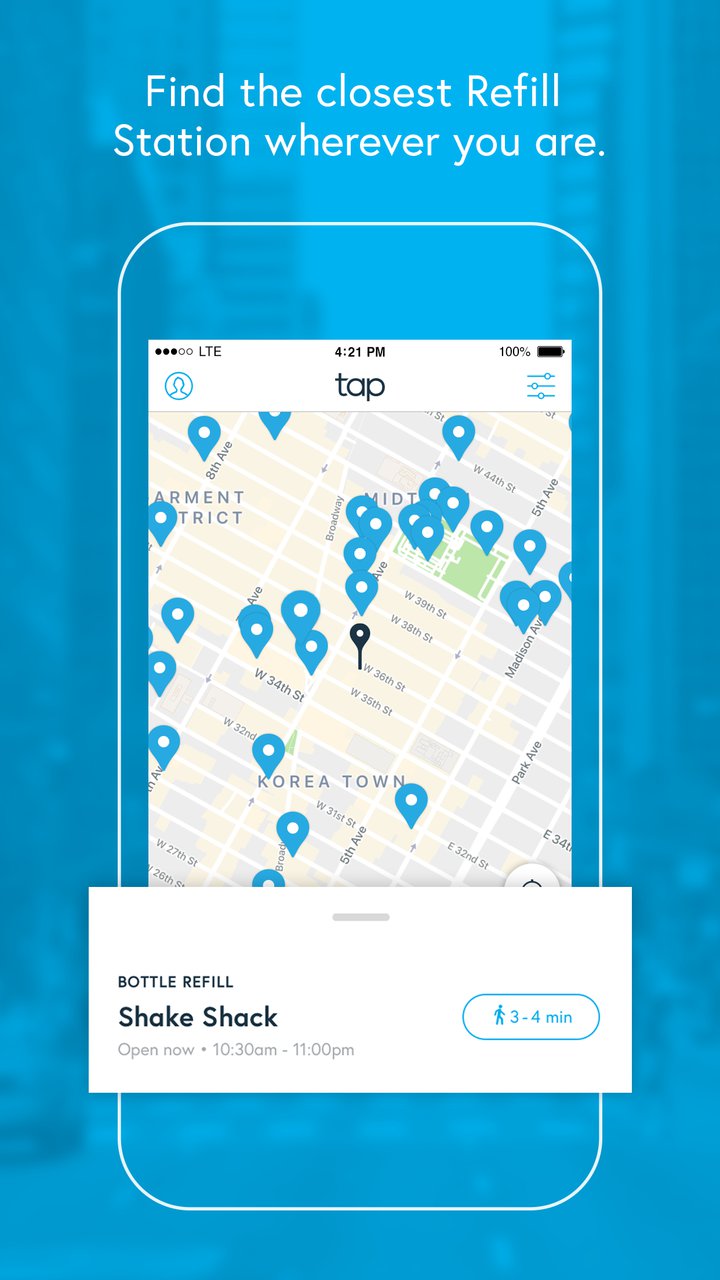 With more than 9 million tons of plastic ending up in our ocean each year, according to National Geographic, the issue is not an insignificant one — and, thankfully, one that many around the world are beginning to dedicate more time and energy to.

Read More: Plastic Has Now Been Found in Human Poo — From Every Single Person Studied

Fast Company notes that in the UK, a similar app called Refill also lists restaurants and cafes where citizens can refill water bottles for free. But Tap, which has launched with a global presence, intends to expand more rapidly.

According to its press release, the app will soon add a feature to let users upload new refill stations to the list. Further down the road, engineers even plan to let users rate locations, so it can refer people to the best-tasting water available.