What an incredible day in Washington, DC. Today a quarter of a million people came together on the National Mall to build momentum towards a world without extreme poverty, to protect the planet, to stop climate change, and of course to enjoy some killer music. Some of the world's most influential leaders made HUGE commitments and the months and years to come, we'll be holding them to it.

Check out some of the best highlights below, and very special shout out to our live blog collaborators Kathleen Ebbitt and Scarlett Curtis:

1. The Vice-prime Minister and Minister for Development Cooperation, Digitization, Telecommunications and Postal Services Alexander de Croo called on governments to commit 50% of ODA to the world’s least developed countries, and commits €36,000,000 between 2015 and 2019. This commitment is set to affect more than 300,000 lives.

“Belgium is ready to pledge 36 million for the Global Partnership for Education.”

2. My Morning Jacket rocked their set 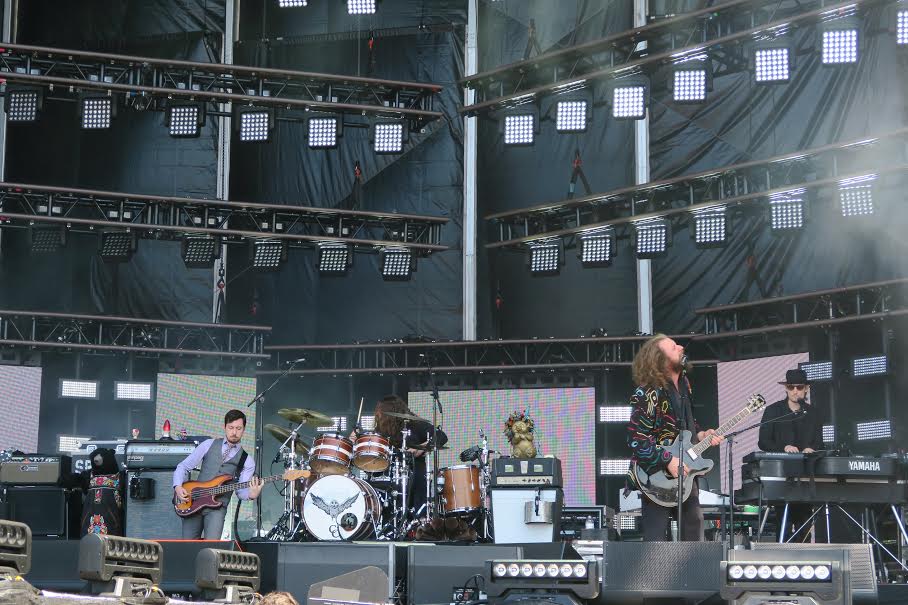 3. US Representatives Betty McCollum (D-MN), Ed Royce (R-CA), Dave Reichert (R-WA), and Senator Isakson (R-GA) stood together to annouce bipartisan support for the Global Food Security act and the intention to bring the bill to a vote next week.

“Together with New Jersey Congressman Chris Smith, I introduced a bill to assist farmers in growing more food and defeat hunger in the world’s poorest countries. The Global Food Security Act will help women secure the tools, education, and training needed to produce the food their families and communities need.” - Representative Betty McCollum

“Next week, when the Foreign Affairs committee votes on the Global Food Security Act, we’ll get a second chance. And with your help we can get this important bill through Congress and to the President’s desk without further delay.”-  Representative Ed Royce

4. People in the crowd shared why they are global citizens: 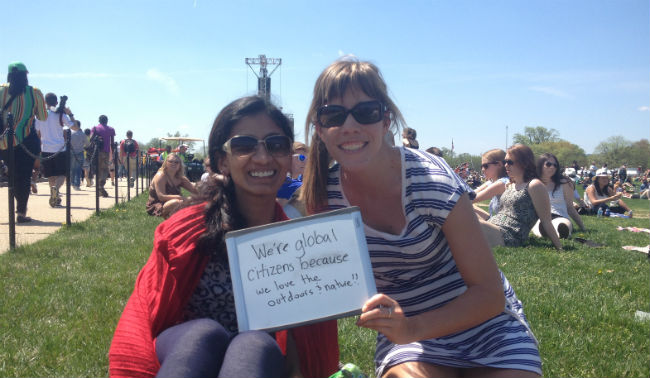 5. Train stood up for water and sanitation - and got the crowd pumped in the process!! With 1 in 9 people globally lacking access to safe water, the importance of understanding the consequences of this stat is of vital importance. Train's talent certainly caught the crowd’s attention, and served as a nostalgic throwback to some of the content teams writers!

“I’m working with my colleagues in Congress to ensure the United States increases funding for the Global Partnership for Education to $125 million in 2016.” - Representative Ted Lieu (D-CA).

8. The Government of the Netherlands committed to double the number of people they have reached with water and sanitation efforts.

Dutch Minister for Foreign Trade and Development Cooperation, Lilianne Ploumen said: "Ten years ago, we set ourselves a target and we gave 30 million poor people safe water and 50 million people clean toilets. Today, I am doing it again, I am setting another target. Let’s do another 30 and another 50.”

9. Fall Out Boy rocked hard! In an invigorating set, the band declared their commitment to ending global poverty to a crowd of screaming fans (GPP staff among them!). We know that the crowd was not just responding to Fall Out Boy's stellar performance, but also their dedication to making the world a more inclusive, sustainable, and less impoverished place!

"Together we will pledge to mobilize additional budget resources to do our part - to improve our healthcare systems, education systems and create jobs for our young people, and grow our economies so that everyone can benefit."

We agree! The Ebola crisis is far from over and we all need to work together to end it once and for all.

11. Usher killed it, and was joined by Common and Martin Garrix.

The Ebola crisis is far from over. To stop the spread of the virus once and for all, we need to rebuild the health systems in West Africa that have been devestated.

This action by USAID is an incredible first step toward preventing the next epidemic.

13. Her Excellency Gertrude Maseko Mutharika, First Lady of Malawi called on world leaders to sign the Women on Water and Sanitation Declaration

“This Declaration calls on the global community to commit, both financially and politically, to improve the lives of the people of Malawi, and the world, through water and sanitation. We can do this by increasing access to safe, clean water and sanitation. This is why I am humbled to be the first woman to sign the Women for Water and Sanitation Declaration.”

Access to water and sanitation for women and girls is a major global issue. It affects their lives in surprising ways: if a girl doesn't have a safe place to go to the bathroom at school, she's much more likely to drop out. This is doubly important when she begins to reach the age of puberty.

Where access to clean water is also an issue, it's almost always women and girls who are tasked with travelling to collect water for their families. This translates to140 million hours a day of time that could be spent doing more productive activities.

With any luck, this call to action will help to improve the lives and education opportunities for women and girls in Malawi.

At the IMF 188 Ministers of finance and governers of central banks heard a big noise, and it was us on the National Mall.

1) Poverty is sexist. We have to remember that and make sure women are not forgotten.

2) We will all run the race in funding billions. We have to empower the people to go and get the money where it is. There’s a lot of ways to move money around…finance ministers are committed to extracting money from where the money is - tax havens, extractive industries.

This is a great announcement, but we, as global citizens, want the IMF to know that we're committed to holding them accountable. The IMF should expect to hear a lot from us in the weeks and months to come to ensure that their actions stand up to their rhetoric.

15. Chris Martinintroduced No Doubt and focused the crowd's attention on the final call to action.

The World Bank Group President announced a plan to end poverty through the collaboration between international organizations and civil society.

"15 years from now we'll look back & say that's where it started"- @soledadobrien#GlobalCitizenEarthDay#Action2015pic.twitter.com/1y97A7F7Lo

READ: The full liveblog for all the great moments.

By Christina Nuñez  and  Tom Blake