She volunteered as a peace-builder in the community that hit the news last week.

Rija Ali, 21, is a youth volunteer who worked in Multan, Pakistan, to help raise awareness of women's rights.
VSO

This article was contributed by Voluntary Service Overseas.

Rija Ali is one of a generation of young Pakistani women determined to stamp out the violence that affects millions of lives across the country.

The 21-year-old travelled from her hometown in Rawalpindi, Northern Punjab, to Multan in South Punjab last year to volunteer as a community peace builder.

This is the same region where, last week, a village committee ruled that a girl be raped in retribution for an alleged sexual assault committed by her brother on another girl.

READ MORE: 25 Arrested After Rape of Girl, 12, Led to 'Revenge Rape' By Her Brother

The story was picked up by media across the world, drawing much-needed attention to the plight of women forced to experience horrors like this in silence. Here, Rija shares what she witnessed in her time working in the region with Voluntary Service Overseas’ Pakistan Youth Initiative.

“Peace-building is something that’s badly needed. Pakistanis face tension between different ethnic and religious groups, with occasional bursts of violence,” she said.

“But there’s another, more silent terror that millions of people suffer: violence against women. I saw for myself the impact of gender-based violence in Multan.

“Myself and other youth volunteers met with people in the local communities and heard of their problems first-hand. We met one woman who told us she was being beaten by her husband, a rickshaw driver. He was a heavy drinker who would come home to complain of his family’s poverty, which he blamed on his wife for not working hard enough.

“That kind of violence is so common in the villages. All-male committees settle local disputes using customary law that holds no respect for women at all. They do what they like — use daughters as part of debt resettlements, and even use rape as a punishment.” 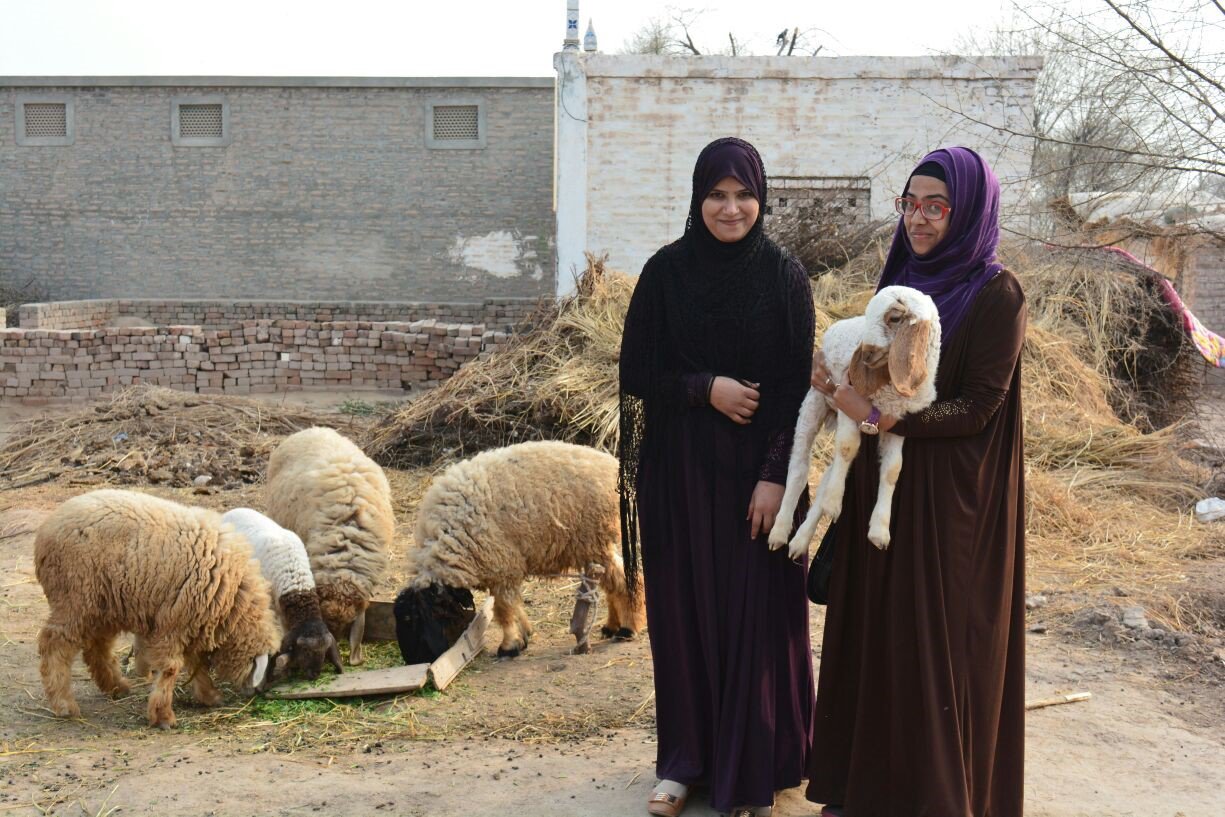 Rija (right) was welcomed by a local Multan family and made friends with host sister Sumeiya (left), from whom she learned a lot about cultural expectations of young women in the region.
Image: VSO

Gender-based violence remains a huge challenge in Pakistan, with some data suggesting that 75% of Pakistani women have experienced physical violence.

Despite ongoing government efforts to tackle the problem through legislation and other measures, change is likely to be slow without grassroots action.

READ MORE: My Name is Anneke Lucas and I Was A Sex Slave to Europe's Elite at Age 6

“Even in some of our city areas, there is a culture that has made it so that a woman cannot complain about abuse, has no way to voice her opinion or experience about anything. There is no justice for her. She has no rights.

“In my city, Rawalpindi, women have more freedoms — as long as you know your limits. I can wear jeans and tops. I can go out after dark. I can pursue a career or even travel abroad.

“Hearing the stories of what women in Multan are going through made me feel so bad — and it made me determined to do something.

“A big problem is lack of knowledge. Most of the people we spoke to were illiterate. They are not aware of the most basic rights of women.

READ MORE: These African Girls Invented an App to End FGM, Now They're Bringing It to Google

“Girls are much less likely to go to school or college: it’s seen as more important that they prepare for marriage at the onset of puberty, so the encouragement isn’t there. And even if they could go to school mothers told us that there were very few good schools around.

“I lived with a local family who took me in as one of their own. Their daughter, Sumeiya, became my closest friend, teaching me the local language Seraiki and how to bake chapatti in a Tandoor oven. I shared in her lifestyle, wearing traditional shalwaar kamiz and dupatta, and staying indoors after 6 p.m. as is expected for girls in Multan.

“Despite our cultural differences, Sumeiya and I both want a more just, equal, and peaceful Pakistan. We wanted to use the opportunity of being involved in a VSO volunteering programme to promote messages of gender equality and social cohesion.”

Rija helped form a youth theatre troupe to open communities’ eyes to women’s basic rights. They based a production based on what they had heard from local women and wrote a play that centred on domestic violence and introduced the concept of women’s rights.

Rija performed it alongside her friend Sumeiya. 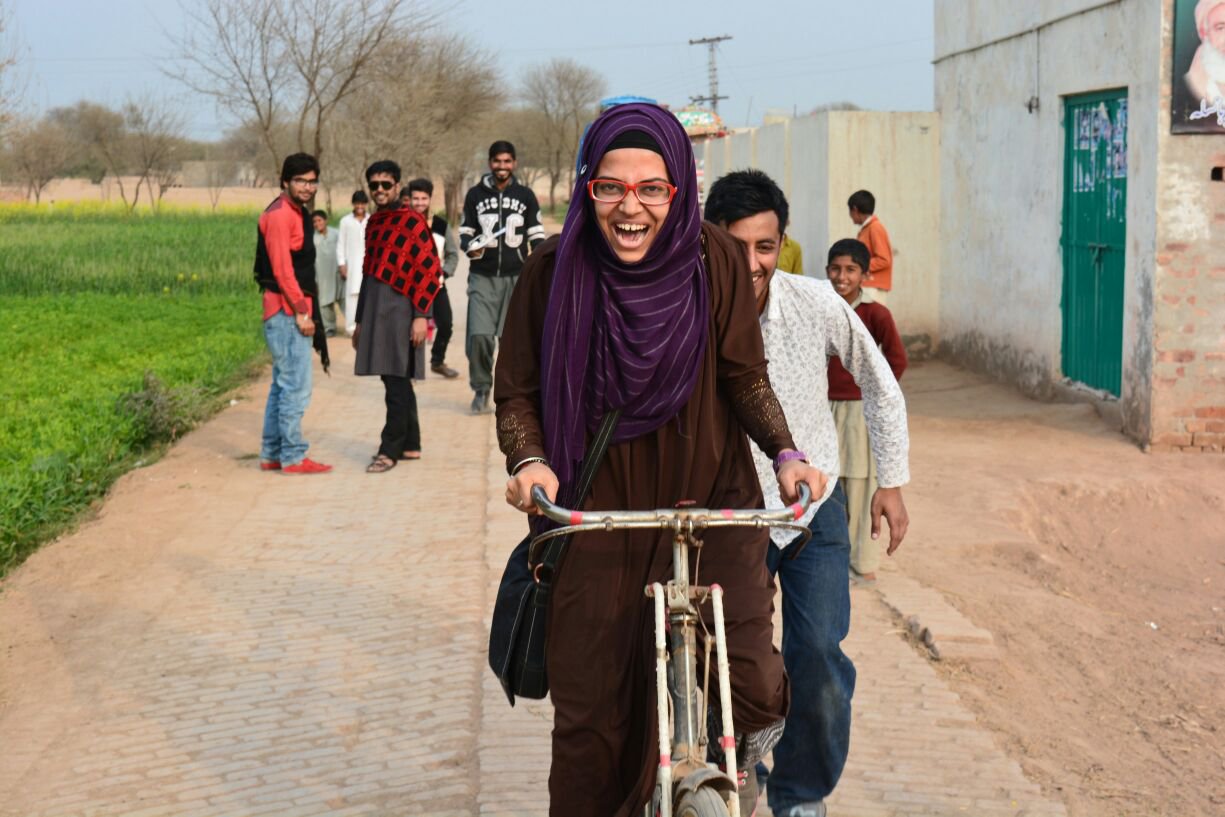 “The reception shocked me. More than 200 people — men, women and children — attended our first performance. I had never performed in public before and I was so nervous.

“I can still hear the sound of applause as Sumeiya and I finished the final scene. That was just the beginning. People wanted to talk to us about the characters in the play and women’s rights. One man told us he felt ashamed at having beaten his wife. Another man told us he intended to tell his daughters about women’s rights — he didn’t want them to be treated like the characters in the play.

“I saw how powerful education can be in making a change.

“Women and men need to know their rights. Women need to speak out against violence and believe they will be supported so that they are no longer afraid. Fear is what keeps people repressed.”

READ MORE: Jordan Officially Repeals Law That Lets Rapists Off the Hook If They Marry Their Victims

Once Raji finishes her degree, she wants to use her passion for theatre and photography to make a difference for women like those she met in Multan, and she wants to keep on working to improve their lives.

“Things have already changed a lot. Girls and women are now working in every professional field of society. I’m hopeful that our progress towards gender equality will continue with increasing awareness and education.

“A lot more action is needed, especially in rural areas, but I am optimistic. We young women of Pakistan are determined — we know that change will come from amongst us. It will take time and hard work — but I am sure it will pay off and we will feel proud. One day!"

Voluntary Service Overseas is the world’s leading independent international development organisation that works through volunteers to fight poverty in developing countries. Since 1958, VSO has been bringing people together to share skills, build capabilities, promote international understanding and ultimately change lives to make the world a fairer place. VSO delivers long-lasting sustainable change across the world. Having supported 72,000 volunteers in their work in over 120 countries, we strongly believe in the power of sharing skills.