The Syrian War Just Had Its Deadliest Month of 2017

The conflict has been going on for more than six years. It shows no signs of slowing. 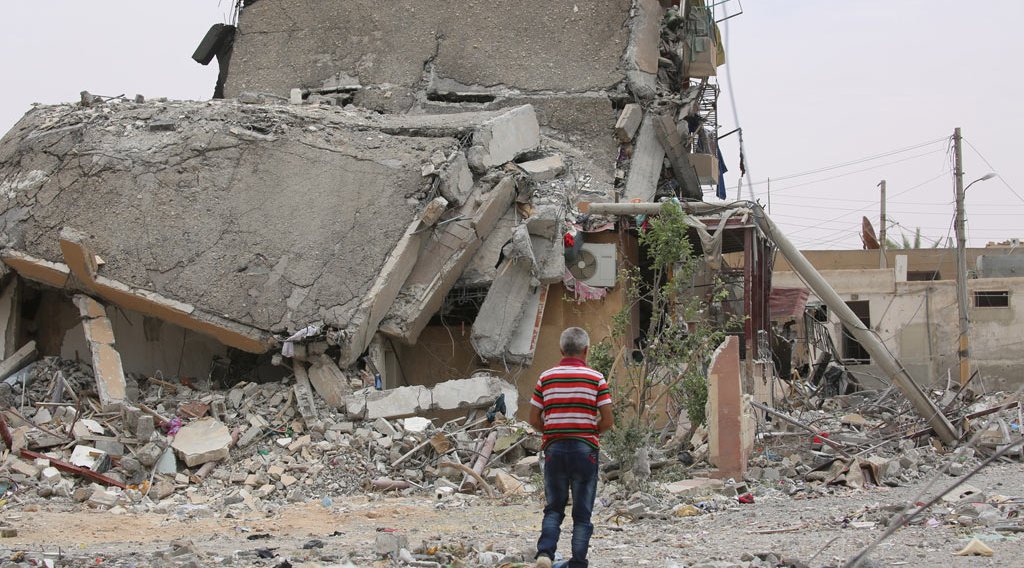 The Syrian civil war has been one of the most violent events of the 21st century.

And this past September, the conflict intensified further, according to the United Nations.

After reports were collected, September was determined to be the bloodiest month of 2017 in Syria, with airstrikes, explosions, and day-to-day fighting killing hundreds of people throughout the country.

“I am appalled by reports of high numbers of civilian casualties due to heavy air attacks in Syria,” said Panos Moumtzis, the Regional Humanitarian Coordinator for the Syria Crisis for the UN’s humanitarian office, in a statement.

“September was the deadliest month of 2017 for civilians with daily reports of attacks on residential areas resulting in hundreds of conflict-related deaths and injuries,” he added.

The government has been targeting hospitals, ambulances, schools, and displaced persons camps, according to the UN, while other

In one especially brutal stretch between Sept. 19 and Sept. 30, 149 people, mostly women and children, were killed from airstrikes in residential areas in the city of Idlib, the UN said.

Elsewhere, 20 people were killed and 15 injured after a series of explosions went off in the capital Damascus.

Read More: 11 Ongoing Tragedies That the World Has Forgotten But We All Need to Remember

Since the conflict began in March 2011, around 500,000 people have been killed in the civil war, 117,000 have been detained by the government or disappeared, 4.8 million people have fled the country, and more than 6.1 million have been displaced within Syria, according to the UN.

The crisis has disrupted the educations of millions of children, caused an epidemic of child marriage, destroyed the country’s economy, and led to many other catastrophes.

Global Citizen campaigns on the Global Goals, which call for peace and security for all people. You can take action on this issue here.

Read More: Meet the Heroic Syrian Women Who Are Saving Lives as Volunteers for the White Helmets

The ongoing assaults by the government on civilians constitutes an “unacceptable and constitute a grave violation of human rights and international humanitarian law and may amount to war crimes,” said Moumtzis in the statement.

“All parties to the conflict must respect their international obligations and act in a way that ensures the protection of civilians and humanitarian workers,” he added.