Over 500,000 Syrian Refugee Children Are Out of School

The situation has improved, but more funding is needed to get every child into a classroom. 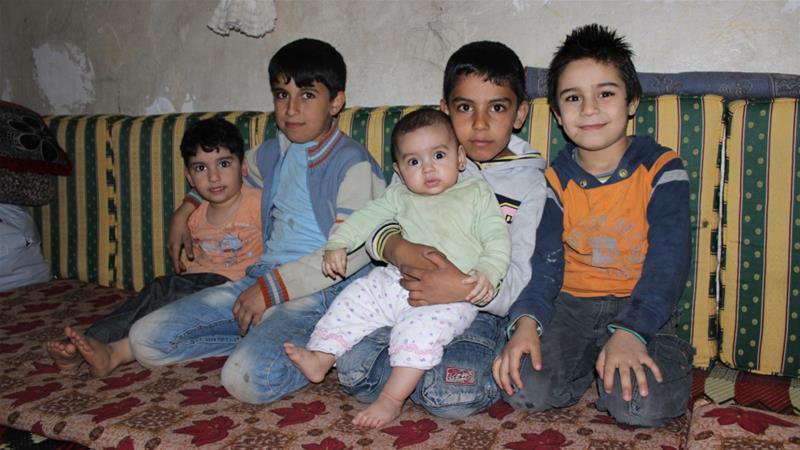 Saddam and his family fled Syria four years ago.

Every day since then, the 12-year-old has worked at a grocery store to support his family, who now lives in Lebanon. Saddam, whose last has never received any formal education.

"I am sad because I cannot go to school. But the boss is good; he does not make me work very hard and I do not get too tired," he told Al Jazeera, which did not disclose the boy's last name.

His story is not unusual, and without more humanitarian aid, is unlikely to change soon.

"I am sad because I cannot go to school"

The Syrian refugee children working to provide for their families https://t.co/jLCMFJmkXJpic.twitter.com/IN8nNnTBN9

Despite the $10 billion of aid that world leaders and international organizations pledged to address the Syrian crisis last year, more than half a million Syrian refugee children are currently out of school across the five major host countries of Syrian refugees in the Middle East: Turkey, Lebanon, Jordan, Iraq, and Egypt.

Of the funds promised, $1.4 billion was earmarked for education. The head of the United Nations at that time, then-Secretary-General Ban Ki-moon, commended the effort saying, “Never has the international community raised so much money on a single day for a single crisis.”

Unfortunately, only 25% of funding has been received so far, according to UN figures. During the conference, governments that pledged to donate called on their civil societies to hold them accountable to their promises; however, a lack of transparency around public finances has made it difficult to track why the countries haven’t fulfilled their commitments, according to Human Rights Watch.

The funding that has come through has improved the situation. The out-of-school rate for Syrian refugee children dropped from 45% to 34% between 2015 and 2016.

And, according to UNICEF, “For the first time since the start of the Syrian crisis, there are more Syrian children in Turkey attending class than there are out of school.”

However, without full funding, many refugee children are at risk of becoming part of Syria’s “lost generation.”

Read more: This Syrian Refugee Became a Doctor After Studying in Four Countries

The funding gap makes it challenging for aid programs to operate as intended. Funds are typically used not only to provide educational resources and build schools, but also to provide cash grants to prevent children from dropping out of school in order to work or get married. These cash allowances can also help alleviate the costs of transportation or school supplies.

If #UNICEF was fully funded more #Children would be back in school, told @AP this week #Refugees#syria#Educationhttps://t.co/hA4sT9BjSX

Jordan has pledged to get all the refugee children the country hosts back in school by September 2017, but given the lack of funding and qualified teachers, charities predict difficulties in reaching this goal. Despite creating 75,000 new education settings for children last year, Save the Children estimates nearly 50% of Syrian families’ household incomes in Jordan still rely on children working.

Read more: ‘There Are Many Other Kids Here’: One Syrian Boy Tells His Story of Child Labor

Many refugee children still hope to get an education so they can return to Syria and rebuild the country’s future.

“I would like to be a civil engineer. I want to finish my education here and go back to Syria to work and build houses,” Taqla, a 15-year-old refugee in Lebanon, told UNHCR. “I would like to tell those who are watching me that school is everything and despite the difficulties you may face, you must be stronger.”