Abdalla Al Omari’s “Vulnerability Series” is flipping the narrative on power and privilege.

In one image, Donald Trump, looking haggard and emotive, uses one arm to sling his daughter on his shoulder and the other to hold out a family portrait depicting him, his hijab-wearing wife, and their six children.

In another, Syrian President Bashar Al-Assad, doused in water, shirt buttons undone, tie-askew, holds an origami boat above his head, a look of muddled confusion on his face. 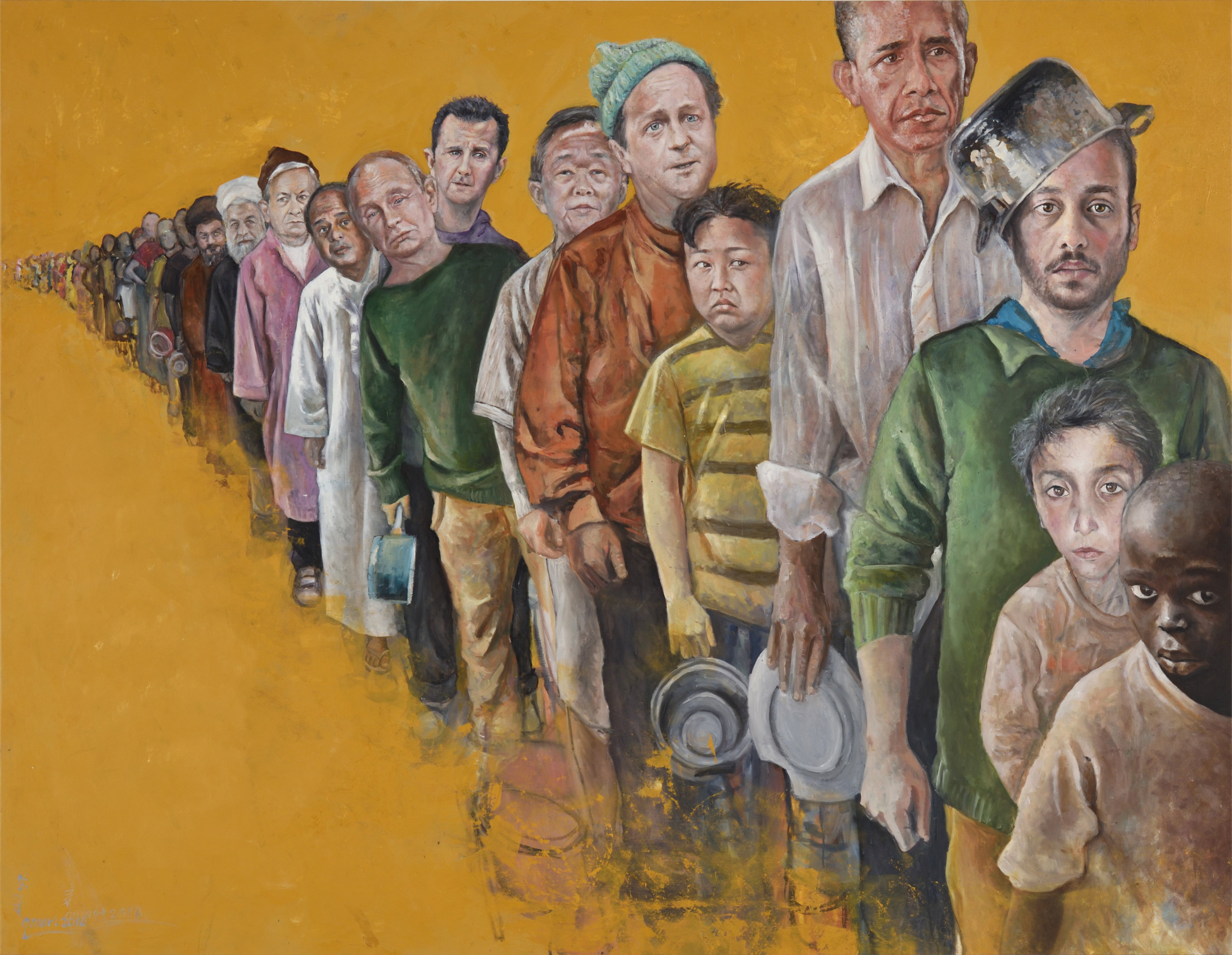 These jarring images depicting world leaders as refugees are part of a larger project by Syrian artist Abdalla Al Omari to humanize the refugee crisis by showing the vulnerability of world leaders.

Take Action: Do you stand #WithRefugees?

Called, fittingly, the “Vulnerability Series,” Omari’s exhibit is currently on display in Ayyam Gallery Dubai, United Arab Emirates and online on his website.

Omari, a Syrian refugee who now lives in Belgium, said the project began from a place of anger, but gradually evolved into a message of shared humanity. 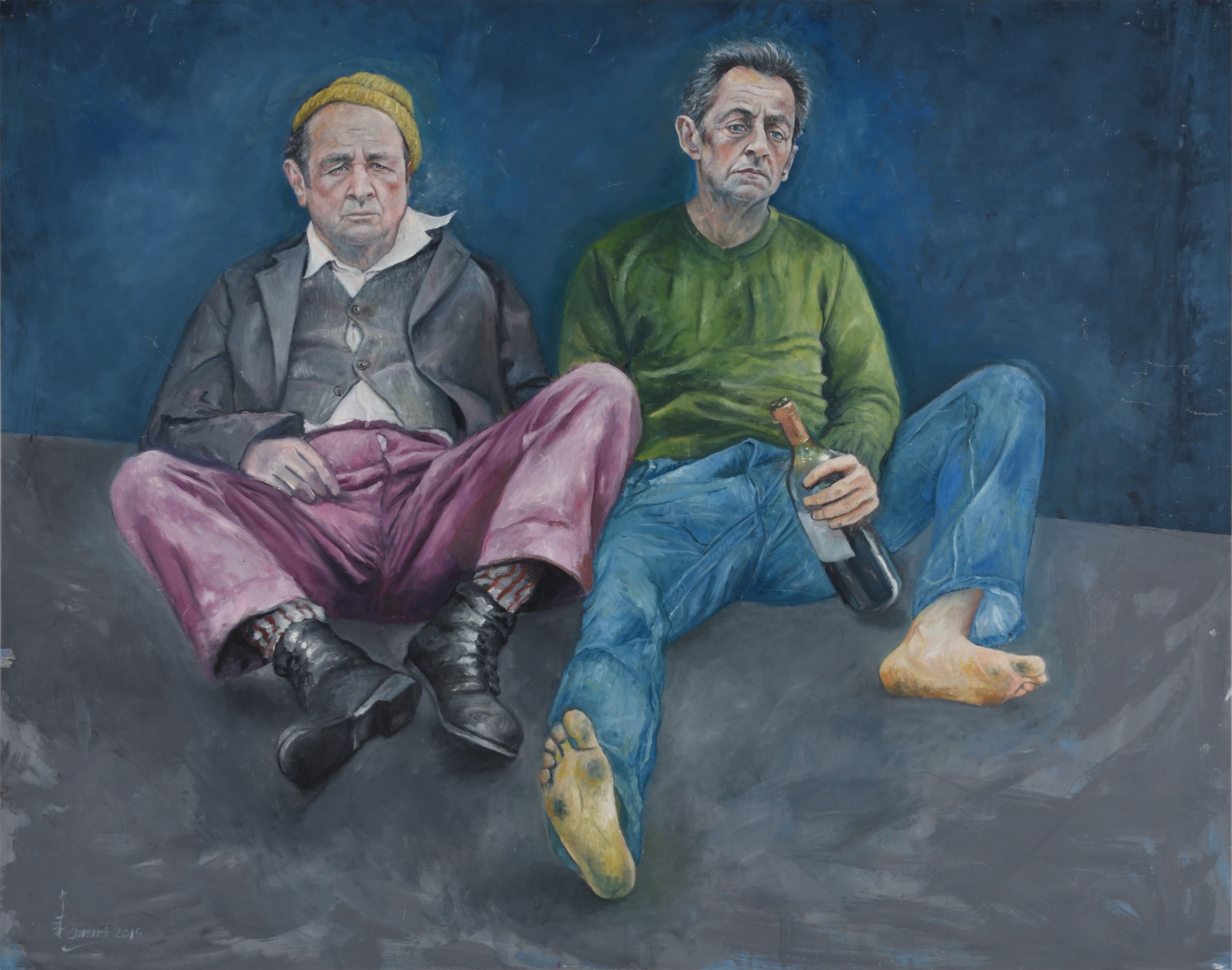 “Initially I was driven by my own experience of displacement and the anger that I felt,” Omari said in a video shared with Global Citizen. “I arrived to the paradoxical nature of empathy and somehow my aim shifted from an expression of anger...to a more vivid desire to disarm my figures, to disarm the characters, and to picture them outside of their positions of power.”

Read More: Syrian Boy Built a Model ‘Future Aleppo’ That Should Give Us All Hope

According to the United Nations, there are now more than 5 million Syrian refugees, with another 6 million internally displaced due to the conflict that has been ongoing in the country since 2011. They’ve settled in neighboring countries like Lebanon, Jordan, and Iraq, as well as European countries like Germany and Sweden, which received an estimated two thirds of all Syrian asylum claims.

But all too often, Omari said, the refugee crisis is merely reduced to these numbers.

“We see how the media depicts refugees, there is a lot of lack of personalizing these stories,” he said in the video. “If you would tell the story individually, you would connect to those people on a personal, basic level.” 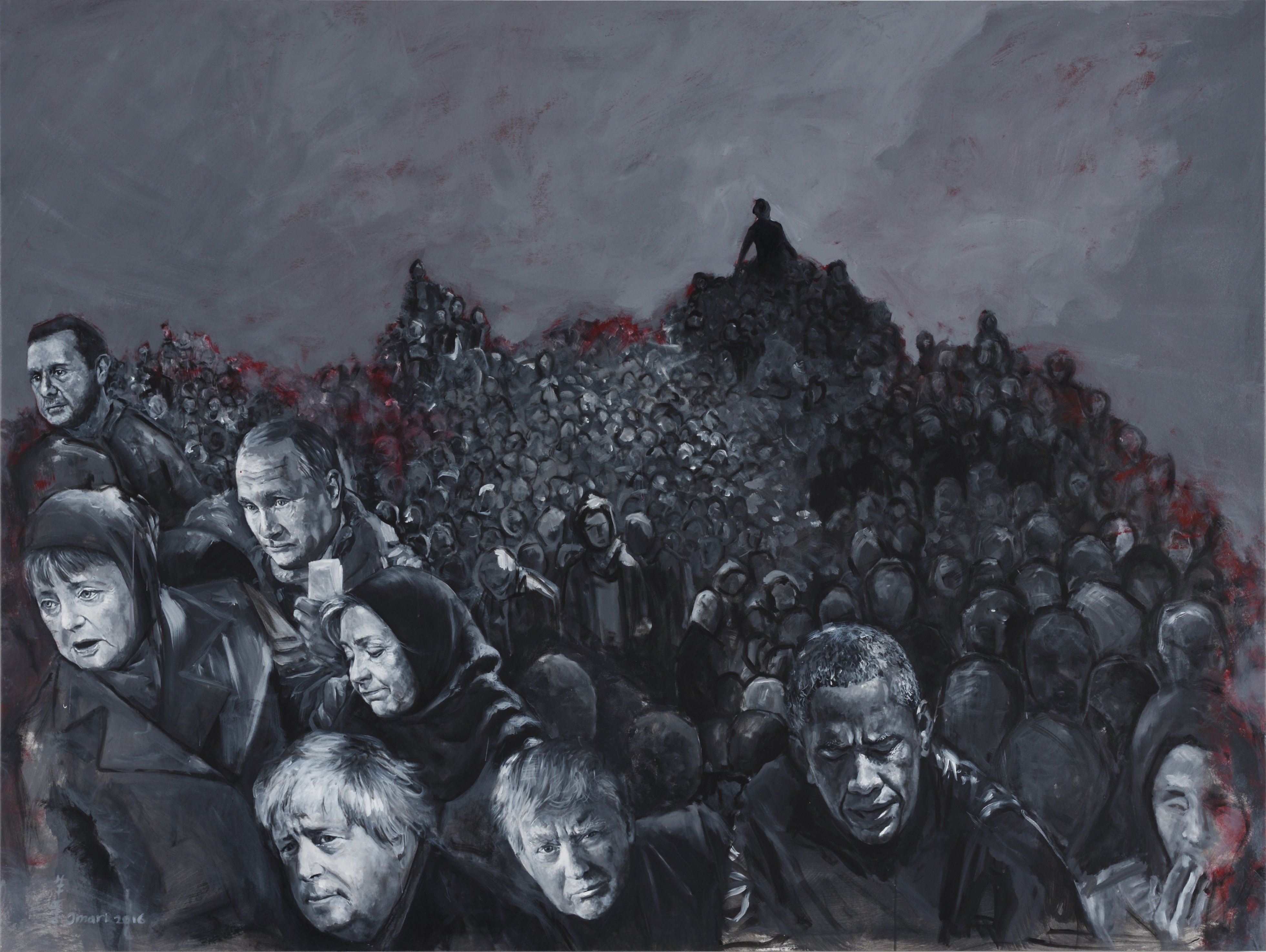 Read More: This Is What Happens When Refugee Girls Imagine Their Dream Jobs

Omari’s portraits are an attempt to capture this human angle, and force viewers to confront their own vulnerability, and in the case of world leaders, culpability.

The “Vulnerability Series” will be on display in Dubai until July 6. 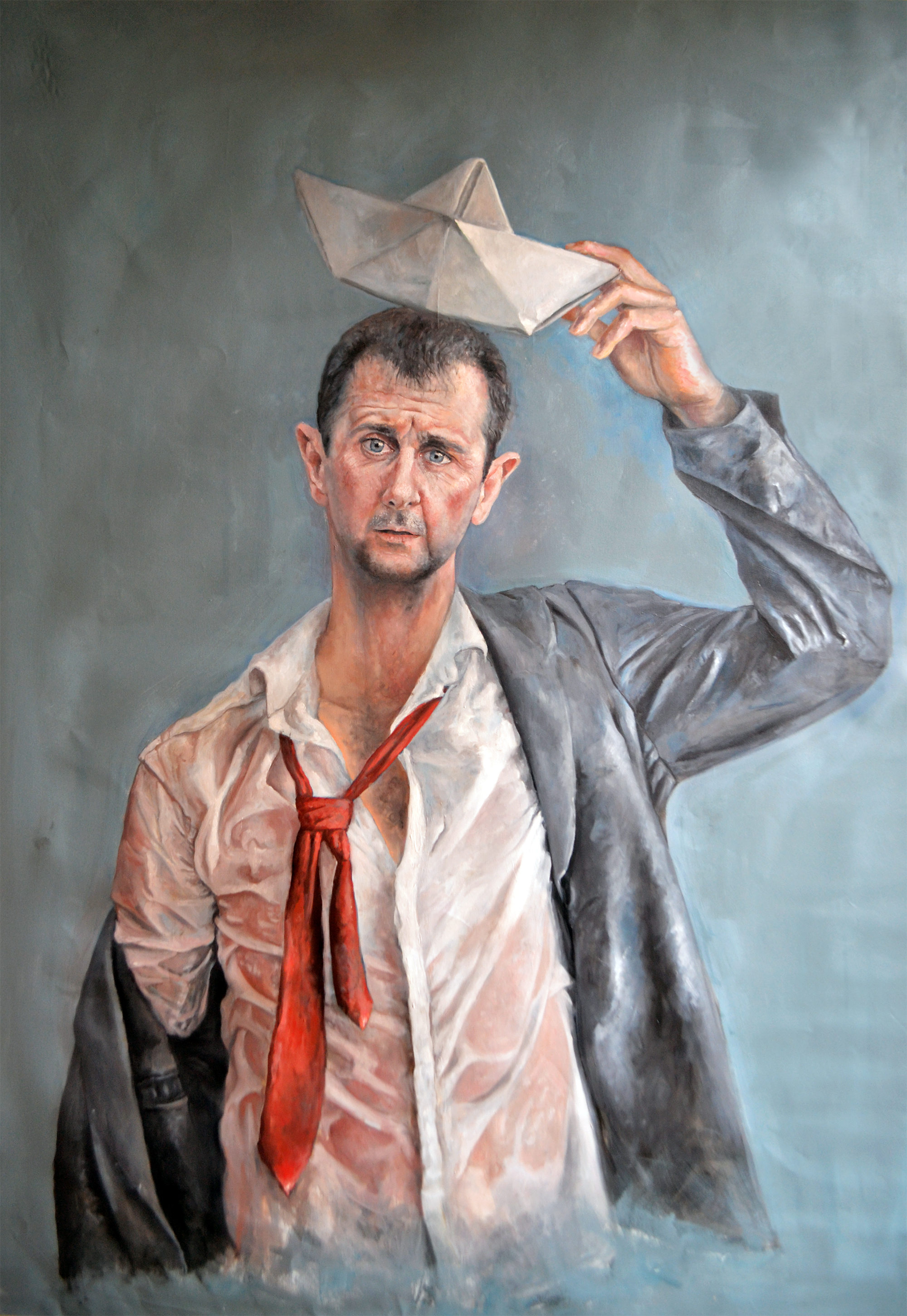 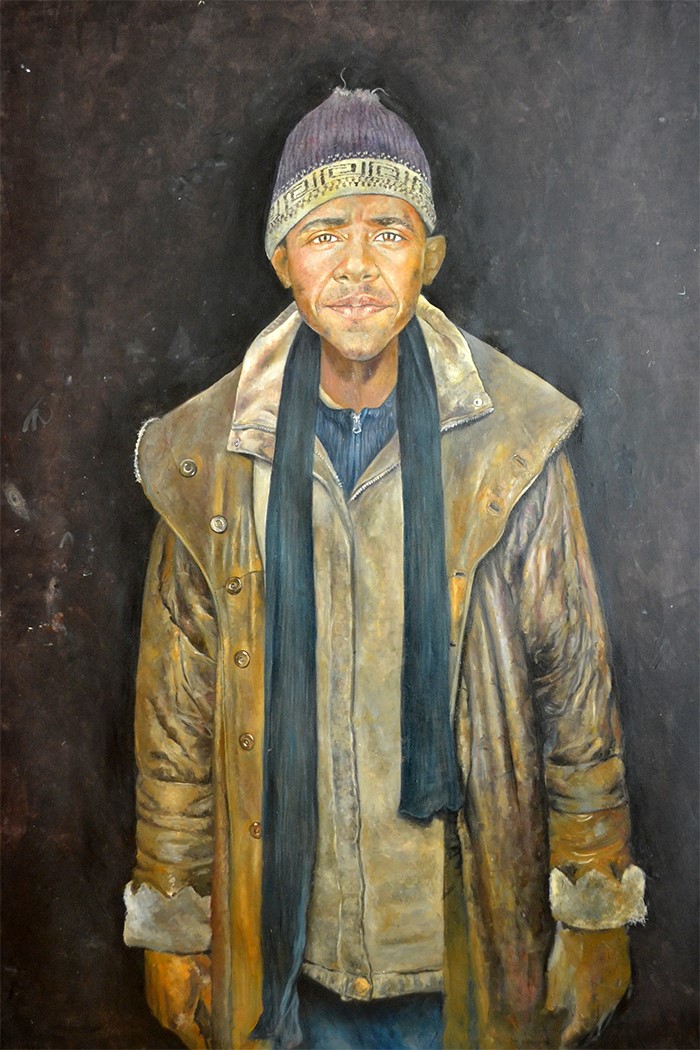 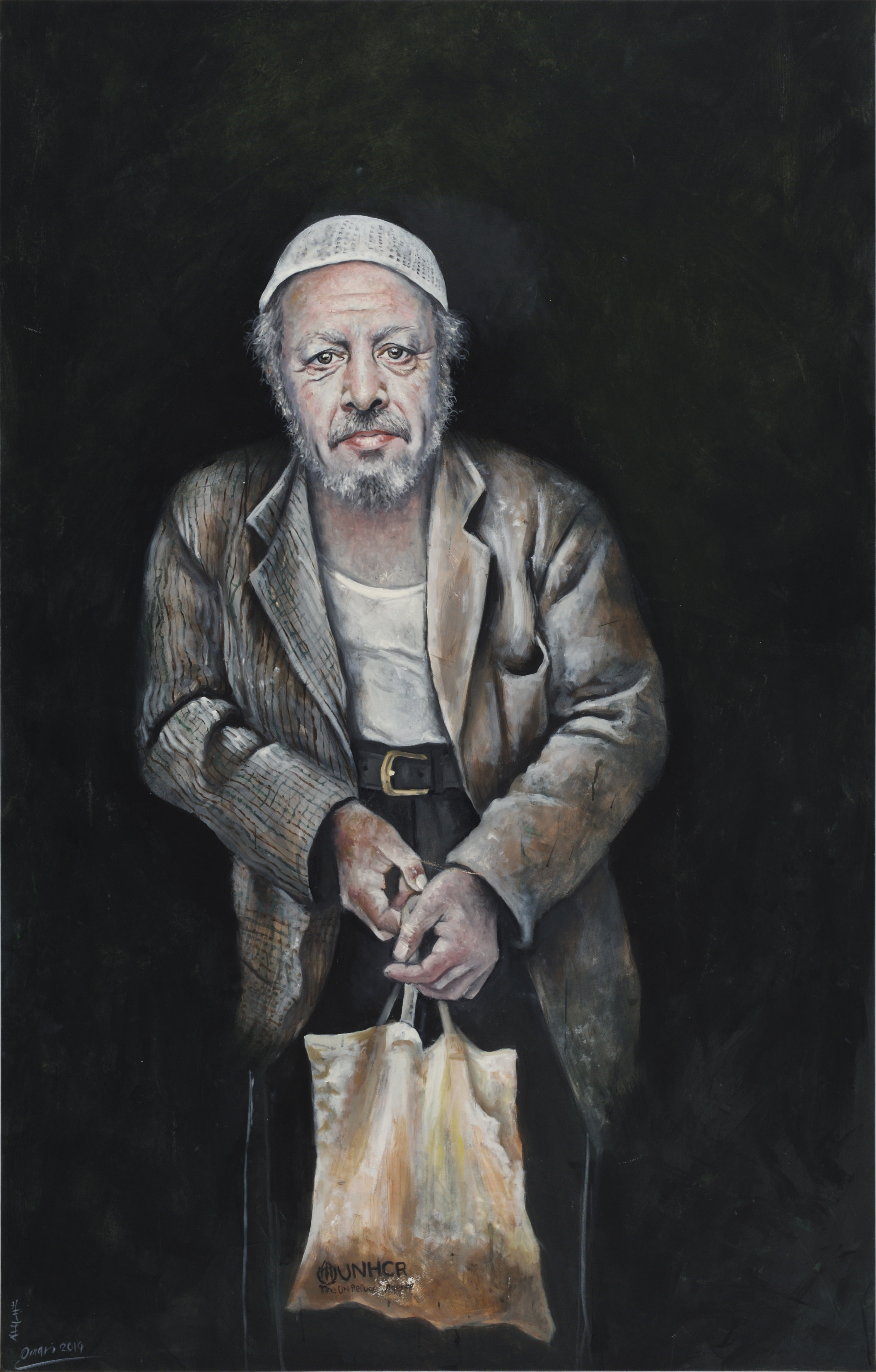