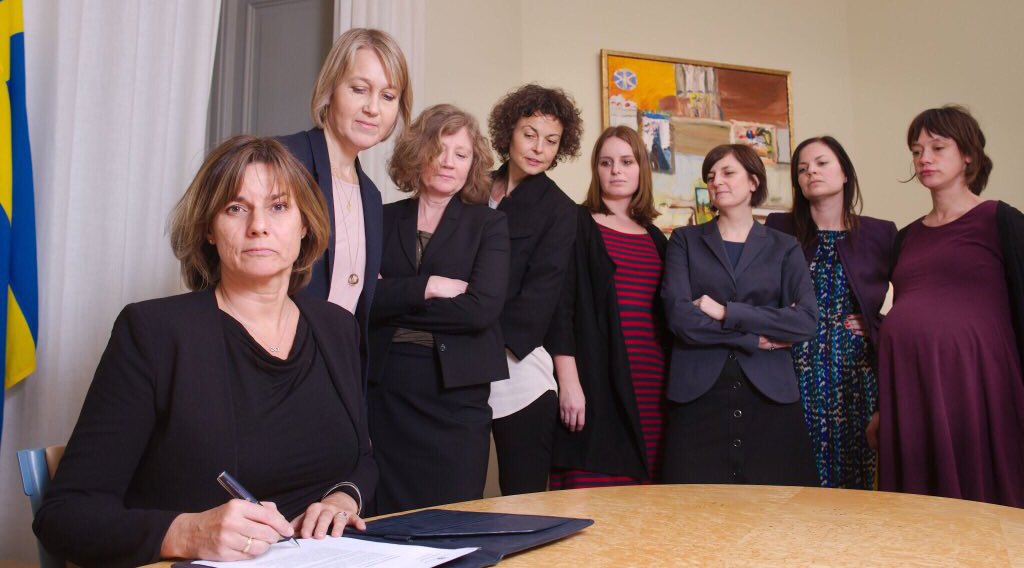 Isabella Lӧvin, deputy prime minister of Sweden, did not miss the irony when a photo was released of President Donald Trump signing an executive order reinstating the Global Gag Rule— a policy related to global women’s health access — while surrounded by men. Lӧvin shot back with her own picture on Friday.

It appears the country’s deputy prime minister, a zealous spokesperson for the Green Party, has mirrored the heavily ridiculed picture. She sits surrounded by her female colleagues as she signs the proposal for Sweden’s new climate law.

Many online have recognized the parody despite the deputy PM refusing to admit whether or not it was a dig on the current US president.

"We are a feminist government, which shows in this photo,” she said. “Ultimately it is up to the observer to interpret the photo." 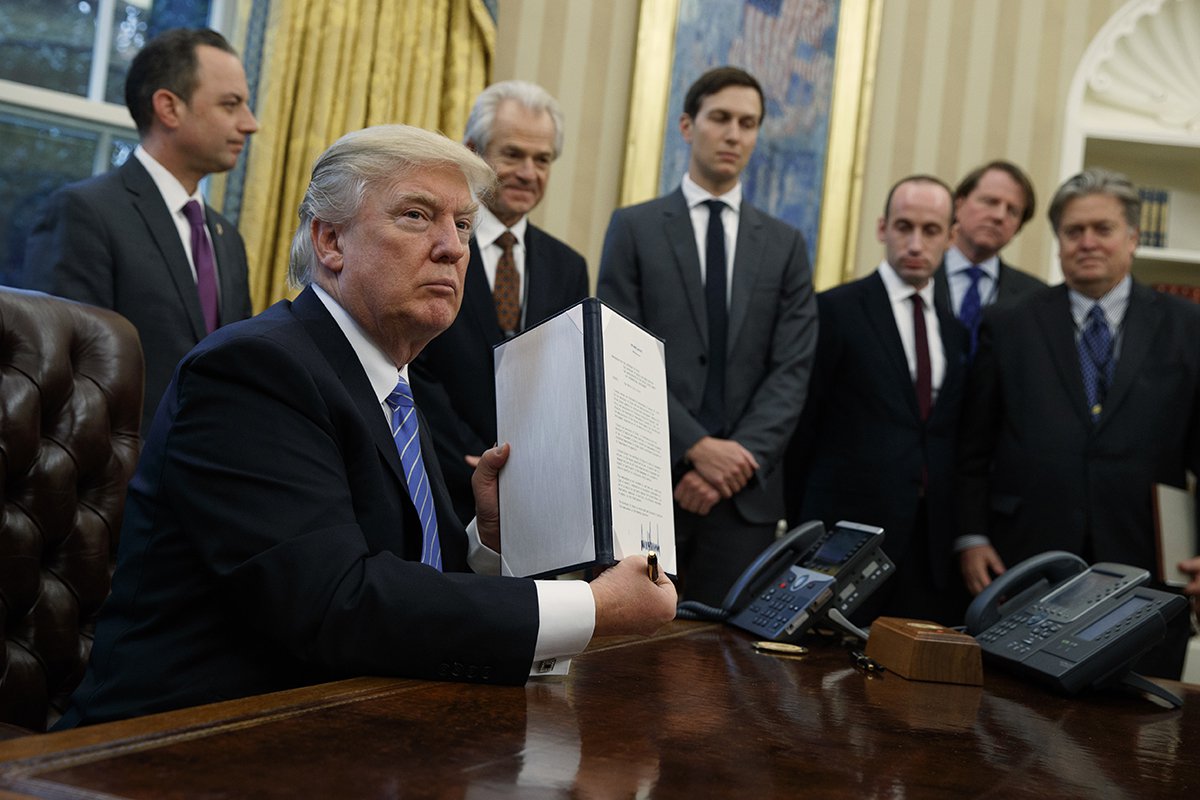 The tweet reads: “Just signed referral of Swedish #climate law, binding all future governments to net zero emissions by 2045. For a safer and better future.”

“This is awesome,” one user wrote, “Thank you for setting a great example for the rest of the world.”

Another commented that, “This is what #HOPE looks like!”

The new law will aim to reduce greenhouse gases in the administrations to come.

Climate skeptics [are] really gaining power in the world again,” said Lӧvin on why Sweden is taking a strong lead in combating climate change.

It is not yet clear whether President Trump, who has called climate change “a hoax,” will be pulling out of the Paris Agreement — a global action plan to put the world on track to tackle increasing global temperature.

One thing is clear, however. Sweden will pick up the reins should the US fail to set the example for climate action.