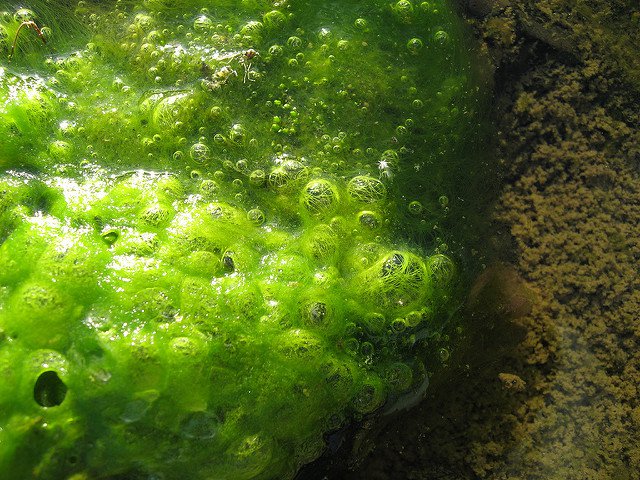 Algae is often considered a nuisance, but for Sweden, the rapidly growing sea plant is now an asset.

As the Scandinavian country works to cut all of its greenhouse gas emissions by 2045, it’s using algae to sop up the carbon emissions from cement.

Cement production, it turns out, is a major source of carbon dioxide. It also happens to be a top industry in Sweden.

So the country is at a crossroads — how does it keep creating one of the most widely used materials in the world, while also bringing emissions to zero?

Nestled in the quaint village of Degerhamn, Sweden, a cement factory called Cementa (owned by the international conglomerate HeidelbergCement) is implementing a new initiative that uses algae from the nearby Baltic Sea to capture the factory’s carbon dioxide emissions before the gas enters the atmosphere.

Cement is composed largely of limestone, a substance that, when heated, releases carbon dioxide into the atmosphere. In addition, fossil fuels are burned in the process of heating the limestone, emitting even more carbon dioxide.

The process that Cementa uses is simple. First, water from the Baltic is pumped into large bags that can hold about 800 gallons of liquid. Then, nutrients are added to multiply the algae. Finally, the liquid is mixed with the factory’s waste and left to sit in the sunlight, which gradually absorbs all the carbon.

Read More: Here Are the 10 Best (and Worst) Countries for the Environment

This system was created as a part of Swedish scientist Catherine Legrand’s Algoland project.

Legrand and her team from Linnaeus University found that algae is able to convert carbon dioxide and water into various growth-promoting nutrients. The cement plant is essentially enhancing algae’s naturally occurring photosynthesis process. According to Linnaeus University researcher Martin Olofsson, in just a few runs through the algae mixture, nearly all carbon dioxide is absorbed by the green sea plant.

The Algoland system at Cementa is still small-scale, but with ample supply of space, sunlight, water, and fresh algae, the company has plenty of potential to take this initiative to the next level.  The project is set to expand beyond Sweden as well.

“We are preparing to scale up the algae project to a commercial scale in Morocco,” Jan Theulen, Heidelberg’s director of alternate resources told Quartz Media.

Sweden’s use of algae is just a small part of a larger, nationwide push towards a cleaner energy supply. Over the past several years, the country has increased its tax on carbon emissions for both industries and households, and it’s one of the few countries that goes beyond the pledges made under the Paris climate agreement.

Sweden has long been a trailblazer in the fight against climate change, and it’s now discovering that viable green technology sometimes resides just beneath the surface.