Heat waves in Europe have had devastating consequences.

Why Global Citizens Should Care
Europe’s punishing heat waves and droughts have been linked to climate change and in the years ahead, these events are expected to get more severe. The United Nations’ Global Goals calls on countries to rapidly mitigate climate change by abandoning fossil fuels. You can take action on this issue here.

As Northern Europe grapples with temperatures that reach 18 degrees Fahrenheit above normal, the tallest peak in Sweden is sweating off inches of height daily, according to NBC News.

The snowy Kebnekaise mountain started the summer as the tallest peak in Sweden at 6,893 feet. Since then, it’s shed 13 feet of snow amid steamy weather and has become the second-tallest peak, falling behind a rock face.

“We know that it has melted because it is very hot,” Professor Gunhild Rosqvist, a climate scientist observing the mountain, told the New York Times. “We are going to measure again later this summer when the melting stops. In a month, we’ll know how bad it is.”

As temperatures continue to surpass daily averages, the peak is expected to keep shrinking.

The heat wave in Sweden, and throughout much of the rest of Europe, has been accompanied by devastated consequences.

In Sweden, more than 50 forest fires burned in July, and the largest wildfire in decades broke out, leveling an estimated 74,000 acres of trees.

In the United Kingdom, 700 more deaths than normal occurred during a heat wave that spanned more than two weeks. 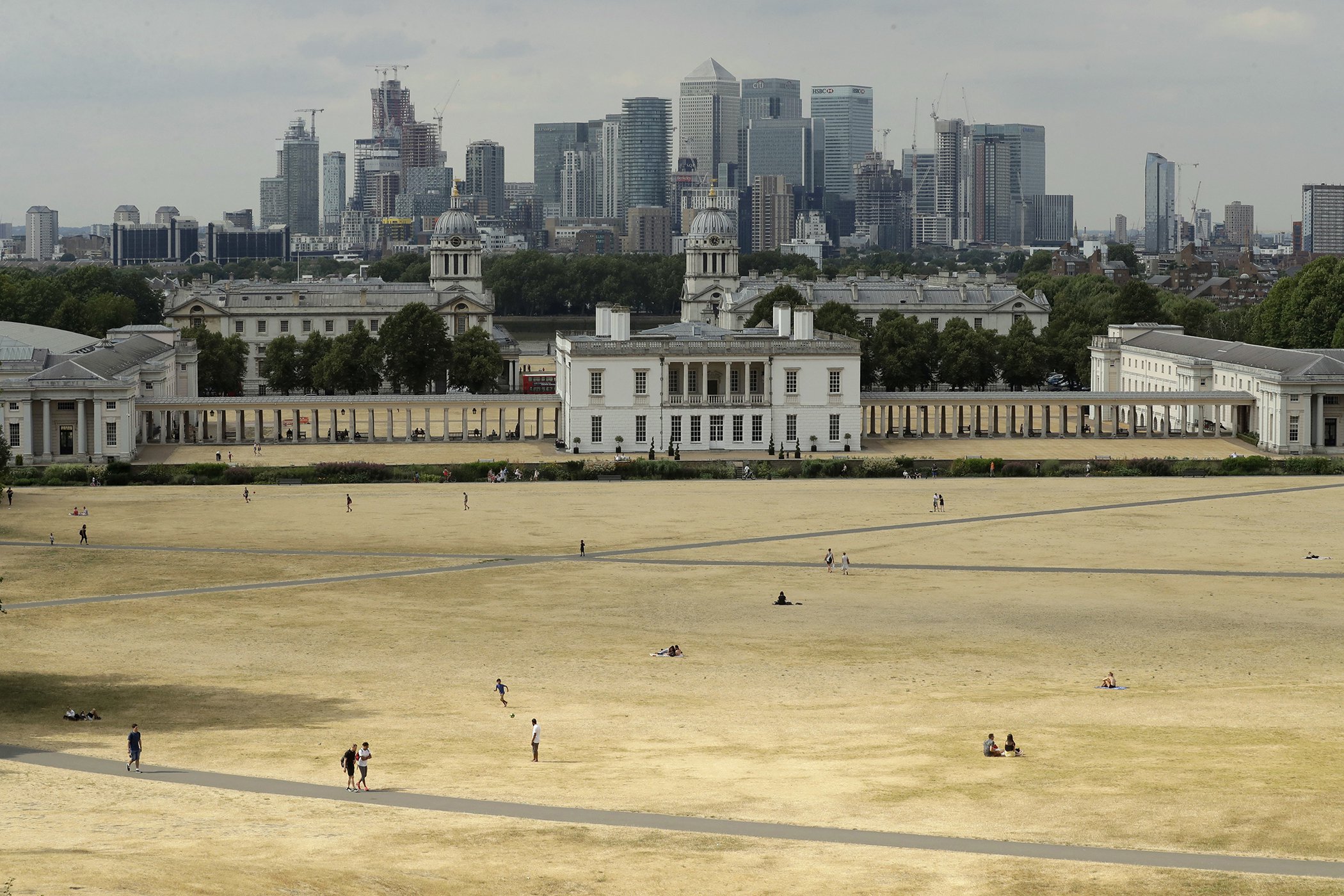 In parts of Portugal, temperatures could hit 125 degrees in August, the highest level ever recorded in Europe.

And drought throughout dozens of countries could plunge crop yields by up to 60%.

“I have never seen this type of hot and dry weather, and I’ve been farming over 30 years,” Max Schulman, a farmer in Finland, told NBC News.

Scientists have argued that these extreme heat waves are caused by disrupted global jet streams that would normally carry cooling air to the continent during summer months.

The severity of the drought, meanwhile, is likely being caused by disrupted precipitation patterns.

Both of these phenomena have the stamp of climate change.

“This is the face of climate change,” Michael Mann, a leading climate scientist, recently told the Guardian. “We literally would not have seen these extremes in the absence of climate change. The impacts of climate change are no longer subtle. We are seeing them play out in real time and what is happening this summer is a perfect example of that.”