It was the strongest El Nino in 20 years 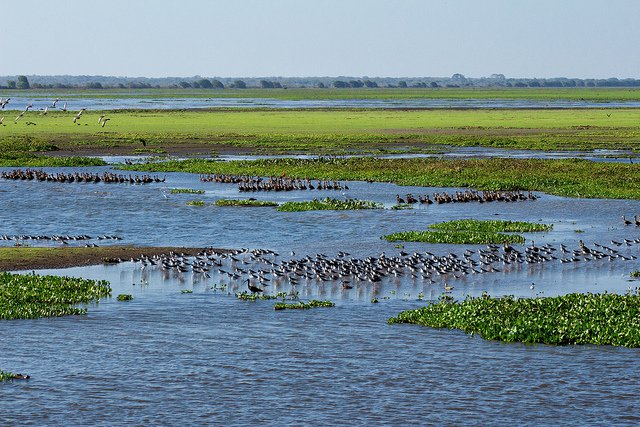 The Australian Bureau of Meteorology (BOM) announced this Tuesday that El Nino had ended, bringing relief to several countries affected by the natural phenomenon.

El Nino warms the waters of the Pacific Ocean, contributing heavily to extreme weather conditions like floods and droughts in many countries.

El Nino, which started in late 2014 and ended this May, saw sea temperatures rising to their highest level in 19 years, prompting scientists to term it a ‘super’ El Nino.

In Ethiopia, El Nino was blamed for floods and landslides that caused the deaths of about 100 people, and rendered around 20,000 families homeless. The floods arrived in the wake of the worst drought the country had suffered in decades and interfered with the distribution of aid and basic necessities.

South America, including Paraguay, Uruguay, Argentina, Bolivia, and Brazil, was hit by the heaviest floods in the region in 50 years. More than 160,000 people were displaced due to overflowing rivers and torrential rains.

Drought-affected Venezuela dealt with power shortages, forcing its government to make the decision to turn off electricity supply in its 10 most populous states for 4 hours a day for at least 40 days.

In southern Africa, as many as 14 million people faced starvation due to last year’s poor harvest. The worst affected countries in this region include Malawi, Madagascar, and Zimbabwe.

Water supply and agriculture were severely hampered by the worst drought to have hit Thailand in 20 years, while Vietnam suffered its worst drought in almost a century.

El Nino has also contributed to the intensity of Cyclone Winston, which hit the Pacific nation Fiji.

A family digs through what is left of their home the morning after category five Tropical Cyclone Winston hit Fiji. pic.twitter.com/gD0EXDDxVT

Throughout this turmoil, some benefits emerged. Parts of India and Pakistan that witnessed two successive years of drought are now anticipating rains which will boost crop production.

But the story was mostly grim.

The weather pattern also has increased the spread of waterborne diseases, contamination of water supplies, and the destruction of houses and livelihoods.

But, the BOM said that weather indicators associated with El NIno have now returned to neutral levels.

El Nino ends after driving a year of record global heat, but more extremes on the way https://t.co/1Mpze9Rqkzpic.twitter.com/9JZRwlr3YQ

La Nina, the phenomenon that causes the waters of the Pacific to cool, bringing excessive rain, is now predicted. The Australian Bureau of Meteorology has pegged the chance of La Nina at 50 per cent. If La Nina arrives, there are chances that crops will submerge in excessive rainfall.

While extreme weather conditions take lives and damage livelihoods, the loss is made worse by mismanagement of resources and ineffective rehabilitation policies. If governments across the world are prepared to effectively manage their resources in times of need, it is possible to contain and limit the harm.

The increased frequency of El Nino events is caused by continued greenhouse gas emissions by countries all over the world. Studies suggest that the impact of El Nino could double in the future due to climate changes caused by the continued and excessive dependence on fossil fuels.

But steps in the right direction are being taken. On April 22, representatives of 195 countries signed the Paris climate agreement, that provides a roadmap to dealing with and capping climate change in the next 10 to 15 years.

If each global citizen makes individual efforts to reduce dependence on fossil fuels, climate change and the negative impact it has on the environment can be reduced.