The triumph of light over darkness, good or evil, hope over despair — that’s a cause celebrated by people of nearly every culture in some way.

For millions of Hindus, Buddhists, Jains, and Sikhs, that universal concept is currently being celebrated during the holiday of Diwali, a five-day event that ends Oct. 22.

Although the spiritual meaning animating the holiday varies by religion and region, there are core customs that are followed everywhere.

The most salient feature of the holiday are the lights, which are also what give the holiday its name.

Outside of homes, in public squares, along streets and boulevards — all throughout towns and cities — people are lighting clay and and other lamps, creating hypnotic bursts of color to ward off the dark.

People celebrating the holiday also decorate their homes with patterns made from colored rice or powder, exchange gifts and sweets, support charity, and offer prayers.

India is the epicenter of Diwali, but it is celebrated all throughout South Asia and in diasporas around the world.

Global Citizen campaigns on the Global Goals, which call for peace and justice for all. You can take action on that issue here.

Here are some of the best photos from celebrations from the past few years. 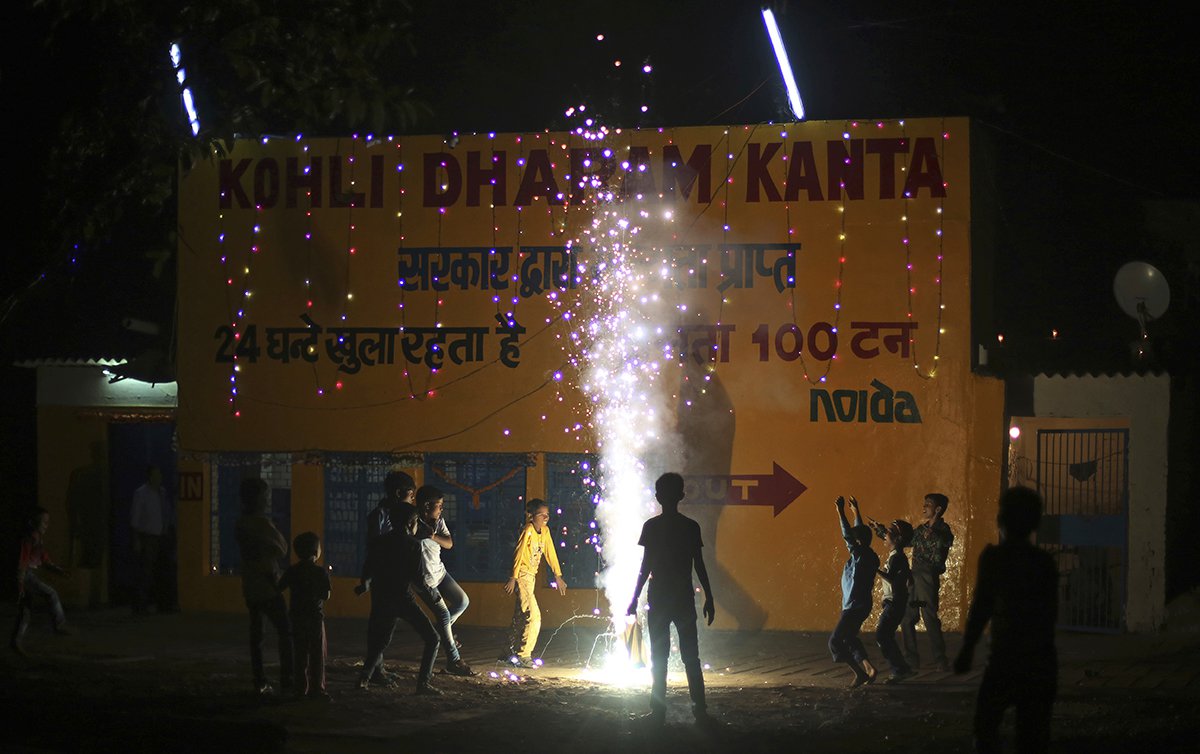 An Indian woman Rishitha places earthen lamps or 'diyas' at her home on the eve of Diwali Festival in Hyderabad on October 18, 2017. Diwali, the Hindu festival of lights, marks the triumph of good over evil, and commemorates the return of Hindu deity Rama to his birthplace Ayodhya after victory against the demon king Ravana. 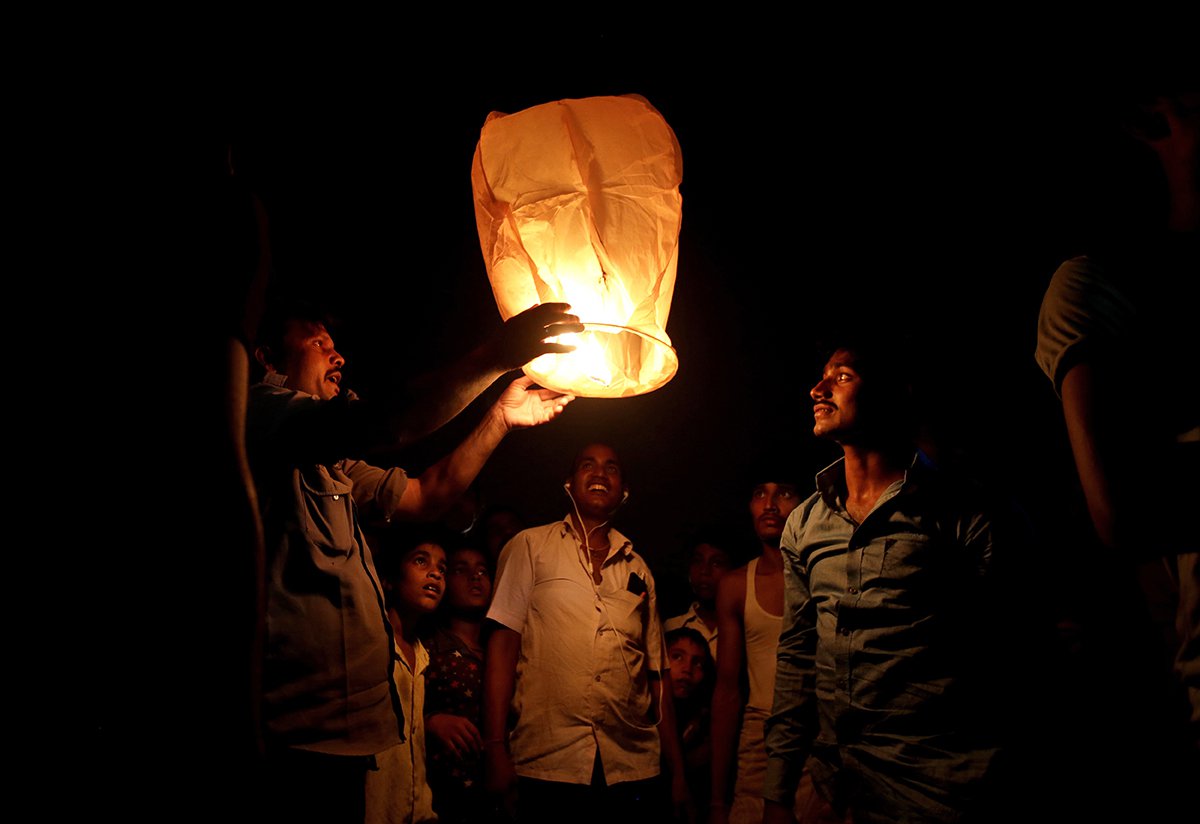 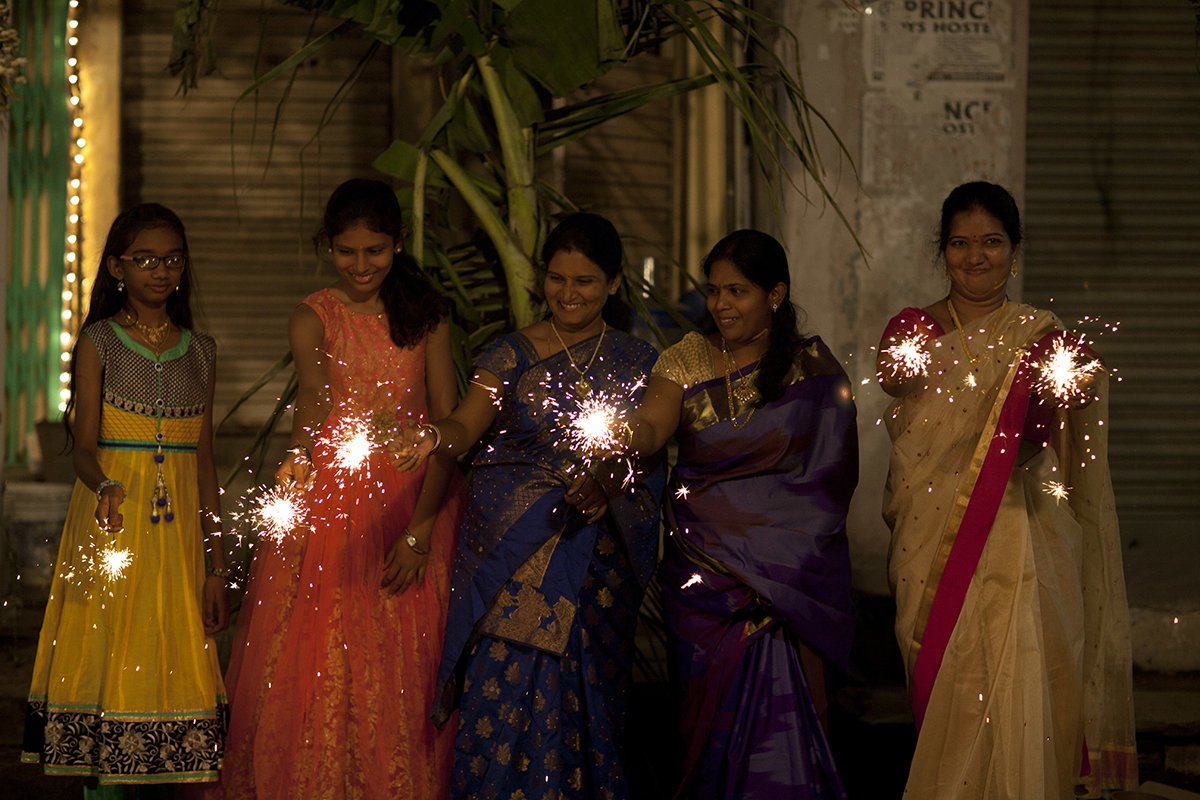 A Pakistani Hindu family offers prayers and light candles as they mark Diwali, the Festival of Lights, in Lahore on October 30, 2016.

In this photograph taken on October 27, 2016, an Indian worker bursts firecrackers during a fireworks display at a local marketplace on the eve of Diwali festival in Jammu. Diwali, the Hindu festival of lights, will be celebrated on October 30. 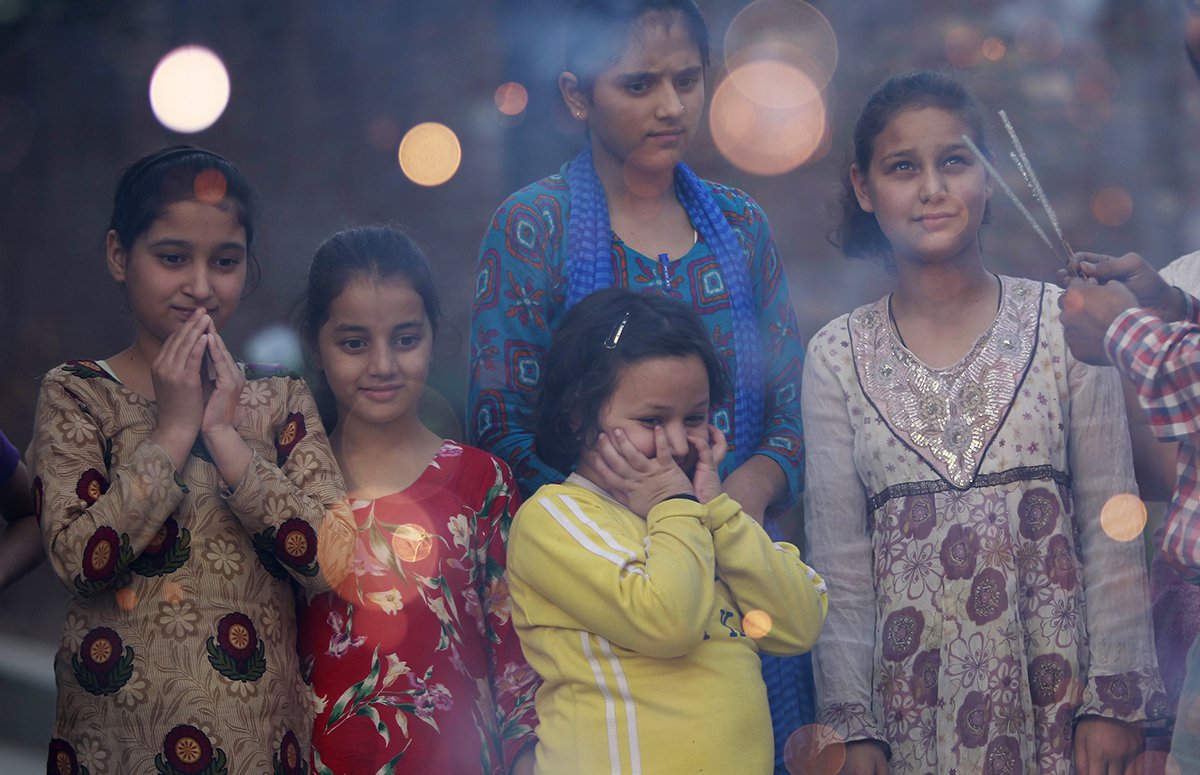 In this Oct. 29, 2016 photo, children watch firecrackers being lit on the eve of Diwali, the Hindu festival of lights, at an orphanage in Jammu, India.
Image: Channi Anand/AP