Week in Review: 9 Striking Photos From Around the World

From Barcelona to Bangladesh, here are this week's most powerful images.

It was a week of political upheaval and humanitarian crises.

In Kenya, citizens contending with their own country's political unrest headed back to the polls to elect a president after Kenya's Supreme Court cancelled the results of August's election. Incumbent Uhuru Kenyatta was announced as the winner of that election, but the court ordered a re-vote due to "irregularities and illegalities." Opposition leaders called for an election boycott and at least three protestors have been killed.

Meanwhile, humanitarian crises persisted in various parts of Asia as thousands of Syrian and Rohingya refugees, displaced by conflict and ethnic violence, struggle to find food and safety. More than 580,000 refugees have fled Myanmar for Bangladesh since late-August.

Yet, despite the challenges they have endured, a few Rohingya children still found time to play soccer, reminding us that kids need a chance to live healthy lives. 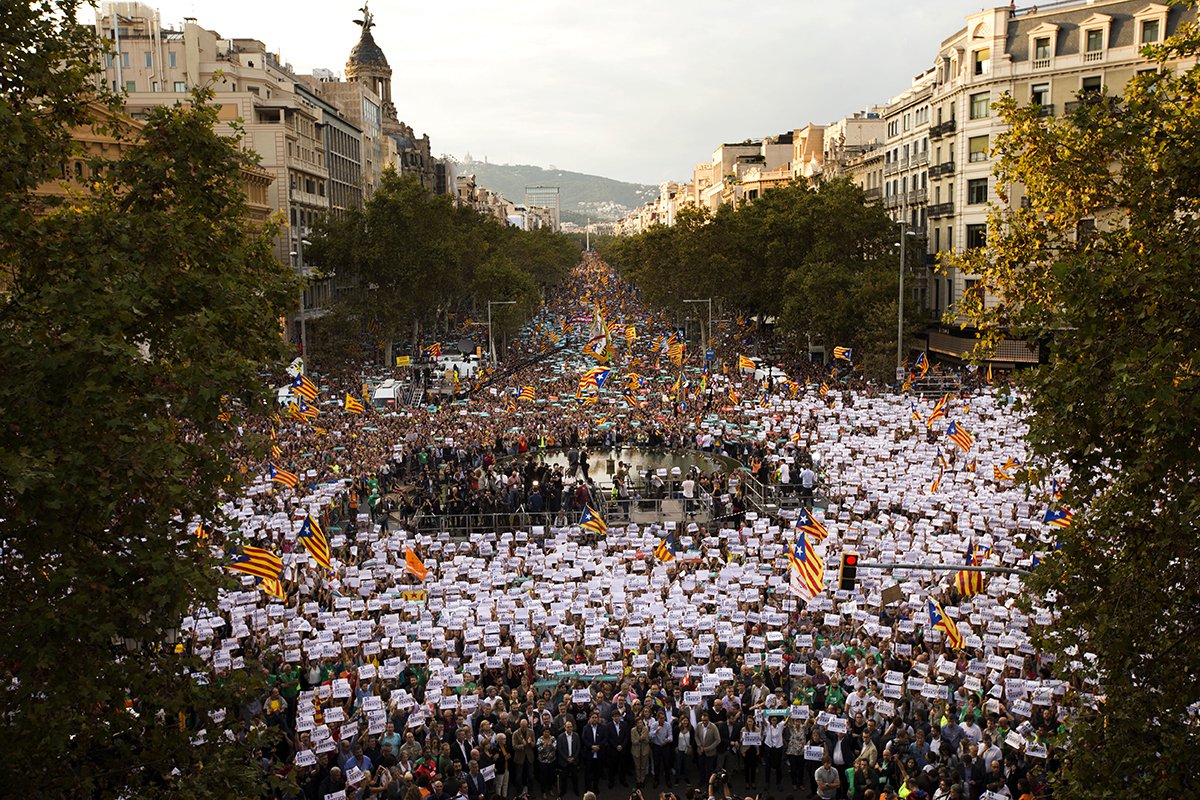 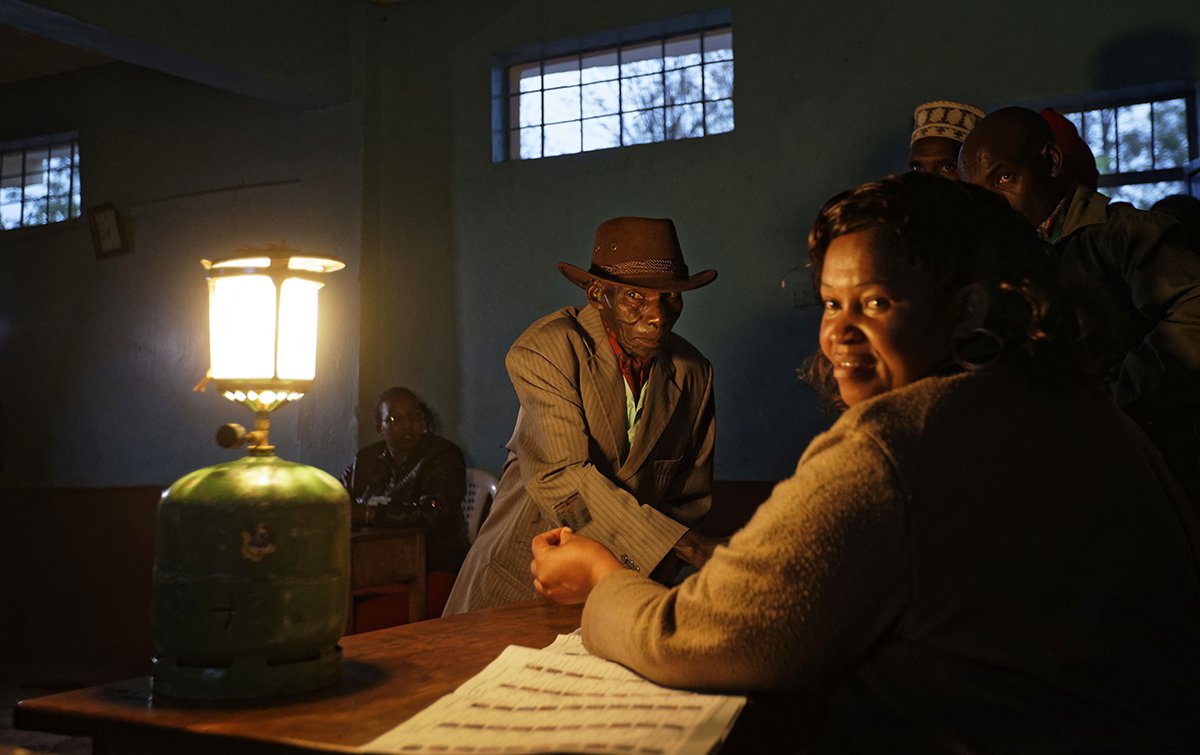 2) Kenya Elections: An elderly Kenyan man prepares to cast his vote by gas lamp, just after dawn in President Uhuru Kenyatta's hometown of Gatundu, Kenya Thursday, October 26. Kenya is holding the rerun of its disputed presidential election, despite a boycott by the main opposition party and rising political tensions in the East African country. 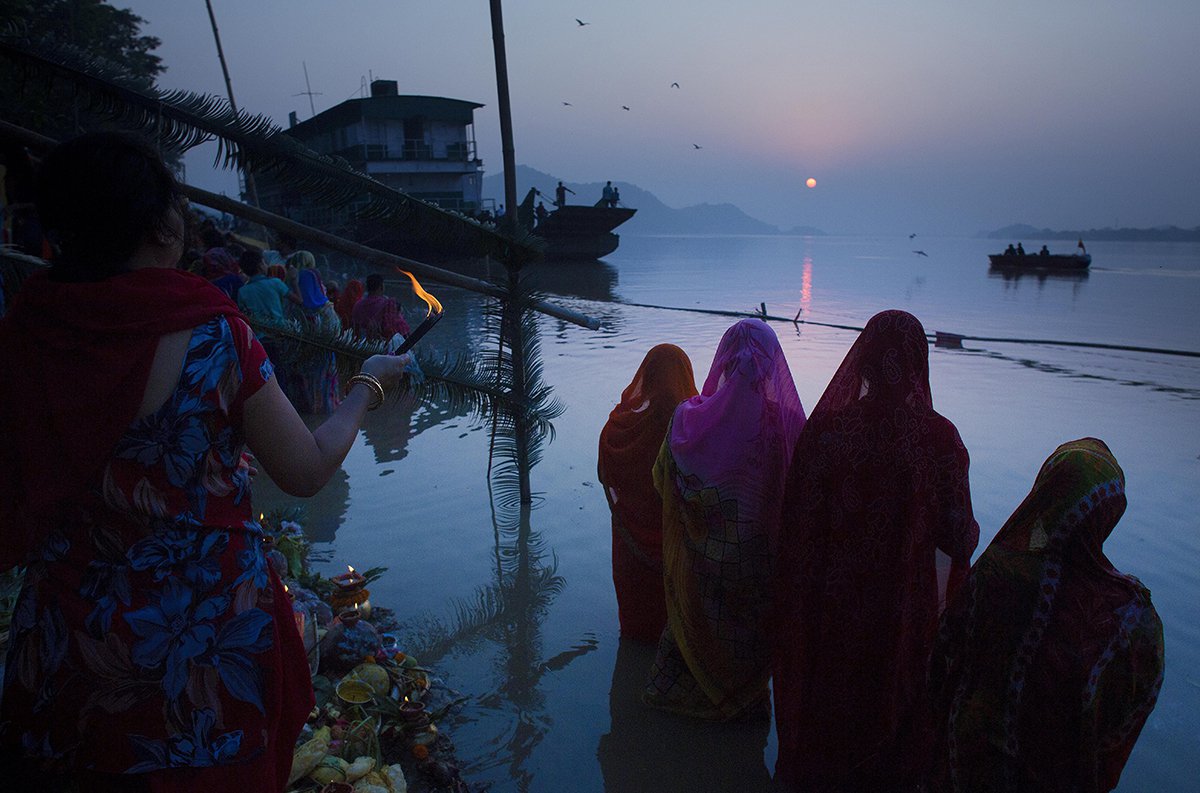 3) Chhath Festival: Indian Hindu devotees perform rituals in the the river Brahmaputra during the Chhath Puja festival in Gauhati, India, Thursday, October 26. During Chhath, an ancient Hindu festival, rituals are performed to thank the Sun god for sustaining life on earth. 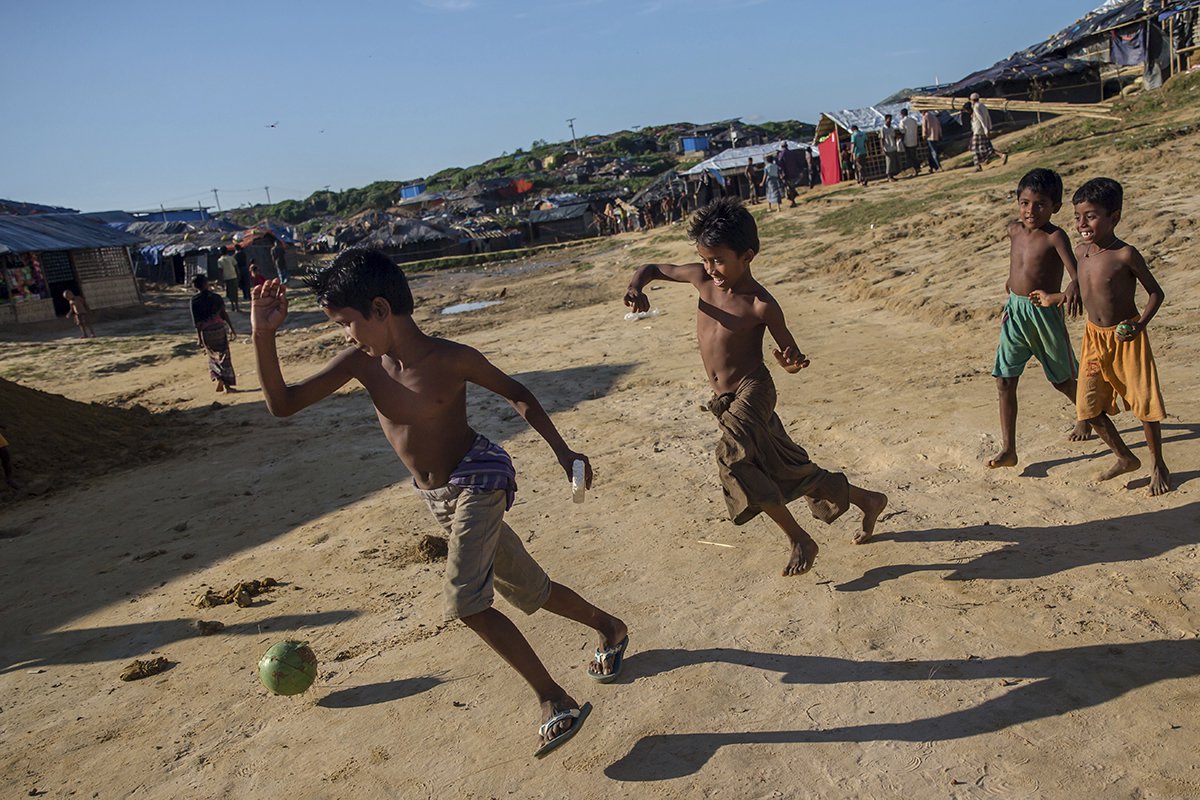 5) Rohingya Refugee Crisis: Rohingya Muslim children, who crossed over from Myanmar into Bangladesh, play football at Kutupalong refugee camp, Bangladesh, Sunday, October 22. More than 580,000 refugees have arrived in Bangladesh since Aug. 25, when Myanmar security forces began a scorched-earth campaign against Rohingya villages. Myanmar's government has said it was responding to attacks by Muslim insurgents, but the United Nations and others have said the response was disproportionate.

6) Syrian Food Crisis: A Syrian woman holds her twins, who she says are suffering from signs of malnutrition, as she sits with her other children in a house where she is taking shelter with her family on October 25, in Haza, a town in the rebel-held eastern Ghouta area that has been under government seige since 2013, causing food shortages and pushing up prices for what remains on the market. In the rebel-held Eastern Ghouta region over 1,100 children are suffering acute malnutrition, and hundreds more are at risk because of food shortages caused by a government siege. 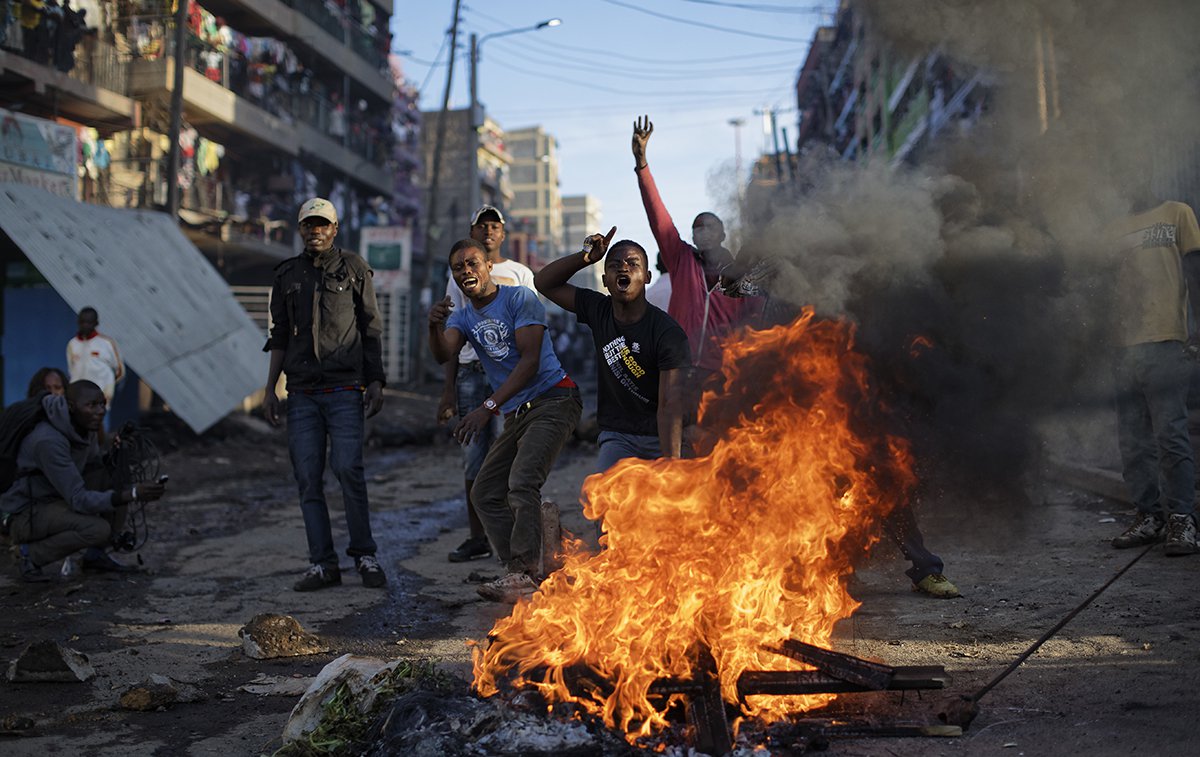 7) Kenya Election Protests: Opposition protesters taunt riot police to come and get them, as they stand behind a burning barricade during clashes with police in the Mathare slum of Nairobi, Kenya, Thursday, October 26. Opposition supporters boycotted Thursday's rerun of Kenya's disputed presidential election, clashing with police in some parts of the East African country and forcing authorities to postpone voting in areas affected by the violence. (AP Photo/Ben Curtis) 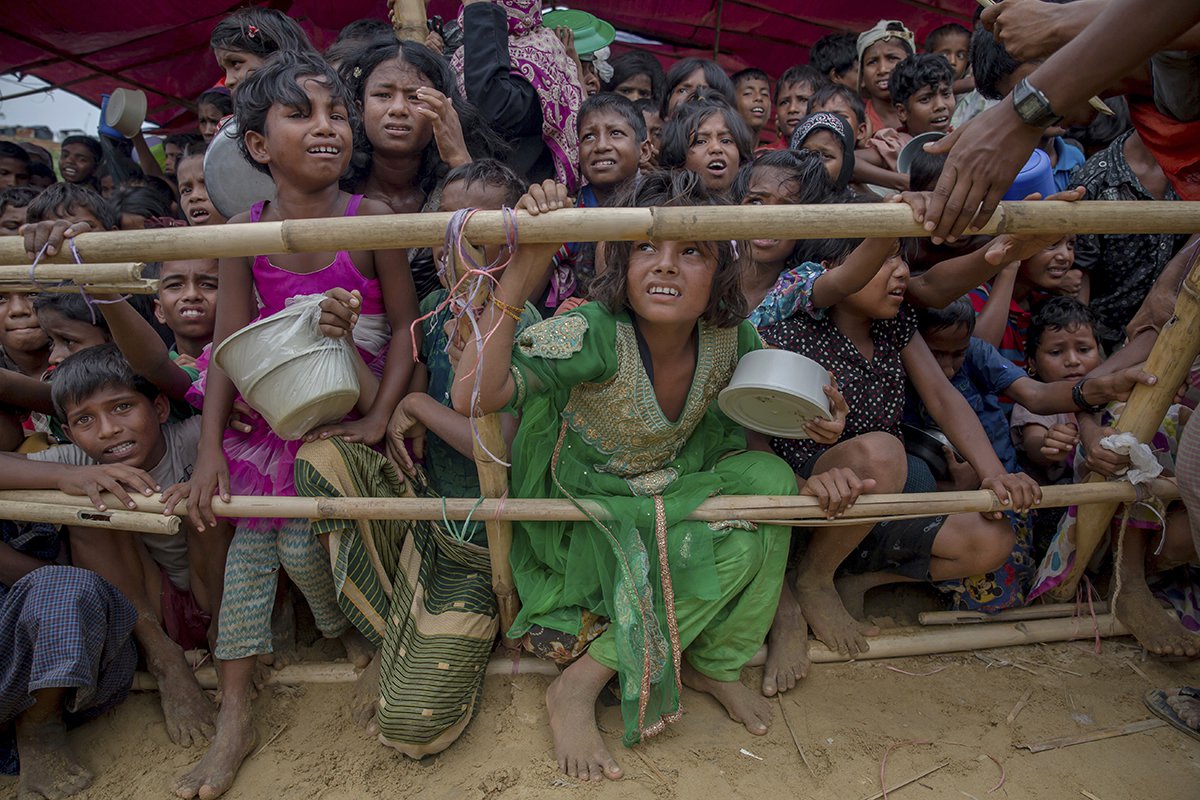 8) Rohingya Refugee Crisis: Rohingya Muslim children, who crossed over from Myanmar into Bangladesh, wait squashed against each other to receive food handouts distributed to children and women by a Turkish aid agency at Thaingkhali refugee camp, Bangladesh, Saturday, October 21. UNICEF says the children who make up most of the nearly 600,000 Rohingya Muslims who have fled violence in Myanmar are seeing a "hell on earth" in overcrowded, muddy and squalid refugee camps in neighboring Bangladesh. Children account for 58 percent of the refugees who have poured into Cox's Bazar, Bangladesh, over the last eight weeks. 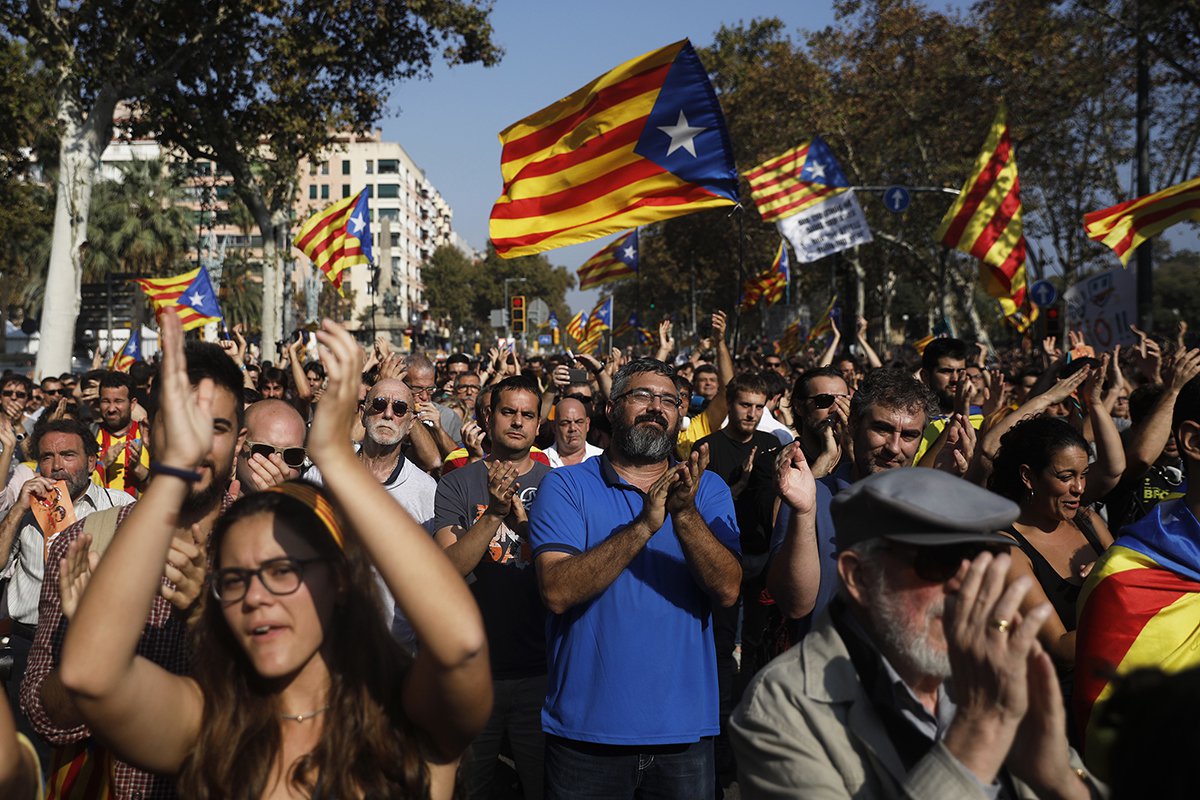 9: Catalonian Independence Protests: Protesters clap hands during a rally in Barcelona, Spain, Friday, October 27. Catalonia's parliament on Friday will resume debating its response to the Spanish government's plans to strip away its regional powers to halt it pushing toward independence.