Why Global Citizens Should Care
The fight to end inequality and extreme poverty by 2030 needs every single one of us to raise our voices together. From Stormzy, to Sting, to Amina Mohammed, to Richard Curtis, the Global Citizen Prize brought together some of the world’s top artists and activists, all to celebrate incredible people around the world who are working so hard in the effort to achieve the UN’s Global Goals. Join the movement by taking action here — and find out here how to tune in and watch the Global Citizen Prize award ceremony around the world this month.

It was early on the morning of Dec. 13 when the people of Britain rubbed their eyes and nervously checked their phones. After a long month of anticipation, the crucial moment had come.

Stormzy’s new record, Heavy Is the Head, was finally out. What did you think we were talking about?

Since then, Stormzy has become the first black-British solo artist to headline Glastonbury in a Banksy-created stab vest; increased voter registration by 236% with one spray of social media posts; and opened the Global Citizen Prize award ceremony at the Royal Albert Hall.

He’s a busy guy. Here are six reasons why we adore Big Mike so much.

1. He cancelled a headline festival slot to protest racism

In April this year, Stormzy cancelled a headline appearance at Snowbombing Festival in Austria after an altercation between his team and security staff.

He posted on Instagram about it, saying the festival security staff “targeted and aggressively handled” his management team after accusing them of carrying a weapon, “despite no one fitting the description.”

While apologising to his fans about cancelling, he highlighted that it was important to stand up to racism wherever it occurs.

Stormzy boycotting a festival because they racially abused his friends is one of the reasons why I love him (more info on his IG story) pic.twitter.com/wdLxGeomIE

“The last ever thing I wanna do is let down anyone who’s taken time out to support me,” Stormzy shared on Instagram. “So please hear me out. I too would be fuming if I travelled and spent money to go and watch an artist and they pull out last-minute.”

He added: “However, if these are the drastic steps that I need to take to make a point against racism and racial profiling, then trust me, I’m taking it.”

It’s far from the first time that Stormzy has used his profile to protest racism either. In 2016, he criticised the BRIT Awards for its lack of ethnic minority nominees in his track “One Take Freestyle.”

It led to a meeting between Stormzy and BRITs chairman Ged Doherty to discuss how grime could be better represented, according to the BBC. And the year after, in 2017, things had improved, with four out of five nominees for Best Male not being white.

2. He launched a scholarship to send black students to Cambridge University

It’s been widely reported that some of the UK’s top universities have a serious diversity problem.

According to the Financial Times, for example, six of Cambridge University’s 29 colleges admitted fewer than 10 black British students in the five years leading up to 2018.

Similarly, a quarter of colleges at Oxford University didn’t take a black British student between 2015 and 2017. In 2015 specifically, a third didn’t offer any places to black pupils — prompting MP David Lammy to accuse the university of “social apartheid”.

In response Stormzy launched the “Stormzy Scholarship” in August 2018, to fund and cover the full tuition and maintenance for two black students in 2018, and two more in 2019, to study at Cambridge University.

The whole point was to “encourage and support black students from underprivileged or disadvantaged backgrounds to study at the University of Cambridge.”

“We as a minority are still heavily underrepresented at the top universities and I pray this scholarship serves as a reminder that we are more than capable of studying at places of this calibre,” Stormzy wrote on Instagram, announcing the launch of the scholarship.

He described it as his “proudest venture thus far” and added: “I look forward to seeing some young black geniuses go on to achieve at Cambridge via this scholarship.”

In July 2018, Stormzy launched a publishing project with Penguin Random House called #Merky Books — named after Stormzy’s brand that includes his own record label and a music festival in Ibiza.

It’s all about giving young authors an opportunity to showcase their work to a wider audience, and will publish three to four books every year.

Super proud to announce our new venture #Merky Books, a publishing imprint in collaboration with Penguin Random House @penguinukbooks We will be using this as a platform for young writers to become published authors, I know too many talented writers that don’t always have an outlet or a means to get their work seen and hopefully #Merky Books can now be a reference point for them to say “I can be an author” and for that to be a realistic and achievable goal. Reading and writing as a kid was integral to where I am today and I from the bottom of my heart can not wait to hear your stories, your poems, your novels, your sci-fis and then getting them out into the big wide world. Proper proud of this! We’ll be doing school competitions, taking entries and submissions and looking for writers as well but I’ll keep you posted! #Merky Books will also be offering a paid internship in 2019! The first book to be released under the imprint will be “Rise Up: The #Merky Journey So Far” out November 1st and available for pre order now (The link is in my bio!) 🙏🏿❤️

“I know too many talented writers that don’t always have an outlet or a means to get their work seen, and hopefully #Merky Books can now be a reference point for them to say ‘I can be an author’ and for that to be a realistic and achievable goal,” he wrote on Instagram.

He added: “Reading and writing as a kid was integral to where I am today and I, from the bottom of my heart, can not wait to hear your stories, your poems, your novels, your sci-fis, and then getting them out into the big wide world.”

4. He called out inaction over Grenfell Tower

Stormzy was a really active presence in the wake of the Grenfell Tower fire in June 2017, in which 71 people lost their lives.

For many, it was representative of a systemic failure to ensure that the UK’s poorest people lived in safe accommodation.

Stormzy featured on a charity single created by UK-based artists to support the families of those killed and impacted by the tragedy. He opened a cover of Simon and Garfunkel’s ‘Bridge Over Troubled Water’ with the lyrics: “ I don’t know where to begin so I’ll start by saying I refuse to forget you / I refuse to be silenced / I refuse to neglect you.”

In February 2018, he then turned a performance onstage at the BRIT Awards — at which he picked up awards for best male solo artist and album of the year — into a moment to protest inaction following the Grenfell fire.

5. He’s on the Global Citizen EP

At Global Citizen, music and activism go hand-in-hand — and in November 2018, we launched the first official soundtrack to the movement, the Global Citizen EP 1.

Stormzy featured on the album — which was overseen by Chris Martin, the curator of Global Citizen’s international music festivals — alongside Pharrell Williams, Tiwa Savage, Wizkid, and Cassper Nyovest, among many others.

Released in the run-up to the Global Citizen Festival: Mandela 100 — which Stormzy made a surprise appearance at — the EP takes much of its inspiration from human rights champion Nelson Mandela’s lifelong fight for justice and equality.

6. He performed at Global Citizen Prize!

On Dec. 13, Stormzy joined Global Citizen at London’s Royal Albert Hall for the inaugural Global Citizen Prize award ceremony — including performing a track from his new record for the first time live. 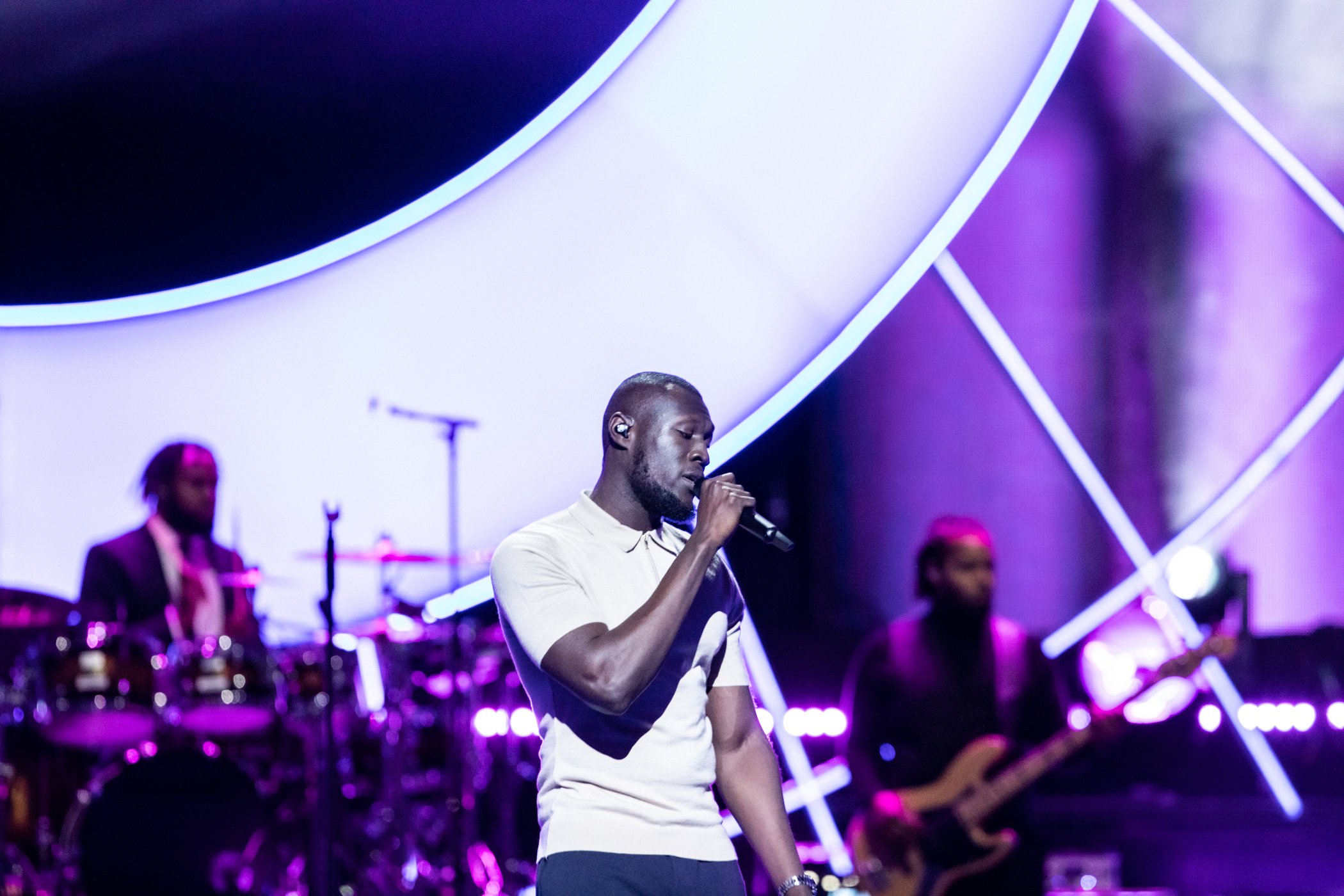 Alongside hearing from incredible activists — bringing many in the audience to tears — the show also featured performances from amazing performers like Jennifer Hudson, John Legend, Raphael Saadiq, Sting, Stormzy himself, and special guests Chris Martin, H.E.R., and Jorja Smith. 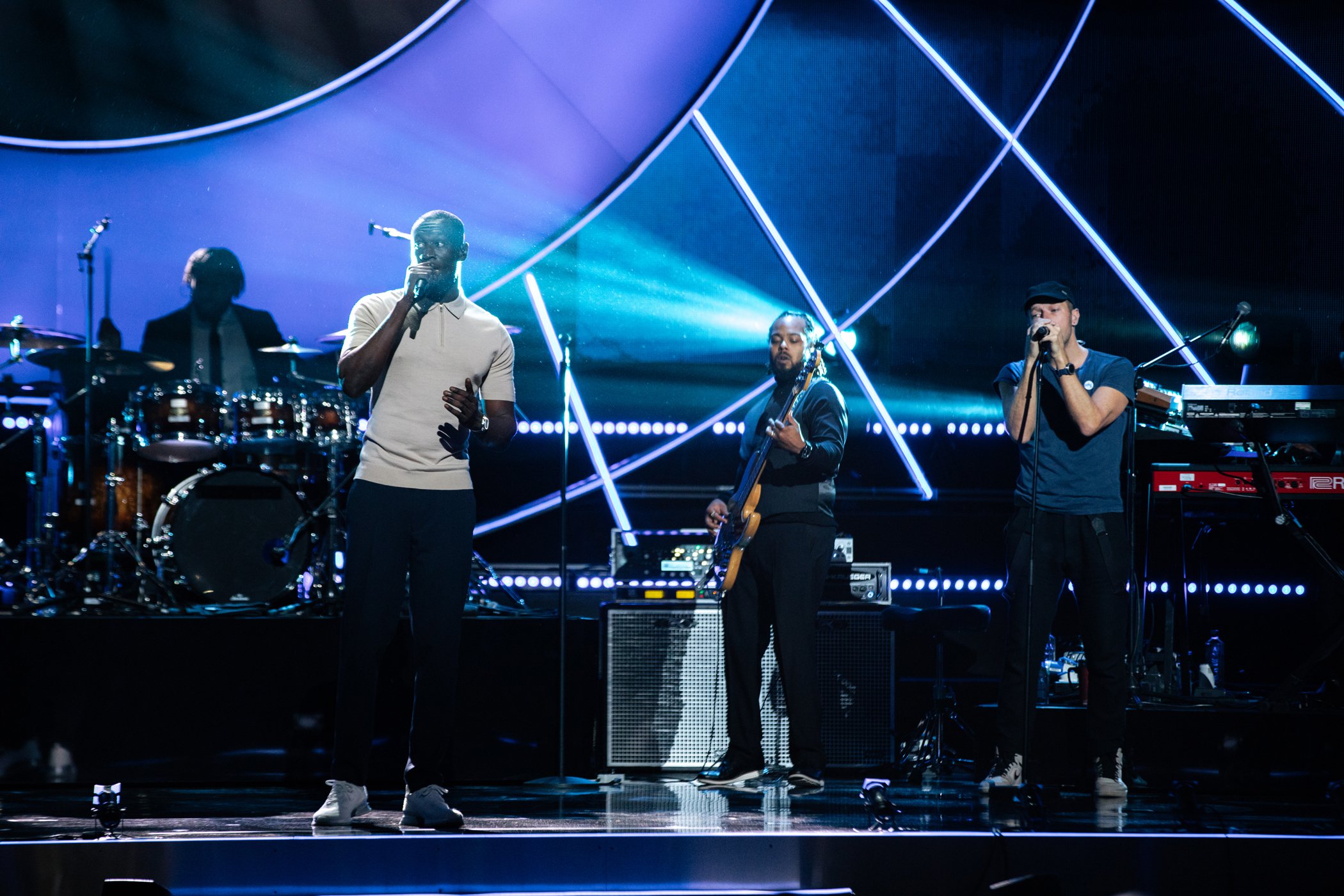 It was a truly excellent end to the year, full of messages of hope, unity, and strength, rallying all Global Citizens together as we begin a new decade of action-taking in the mission to end extreme poverty.

And you can join the celebrations too!

The Global Citizen Prize will be broadcast around the world this month — you can find out how, when, and where to tune in and watch the show, wherever in the world you are, here.