"Trump's action could push the Earth over the brink.” 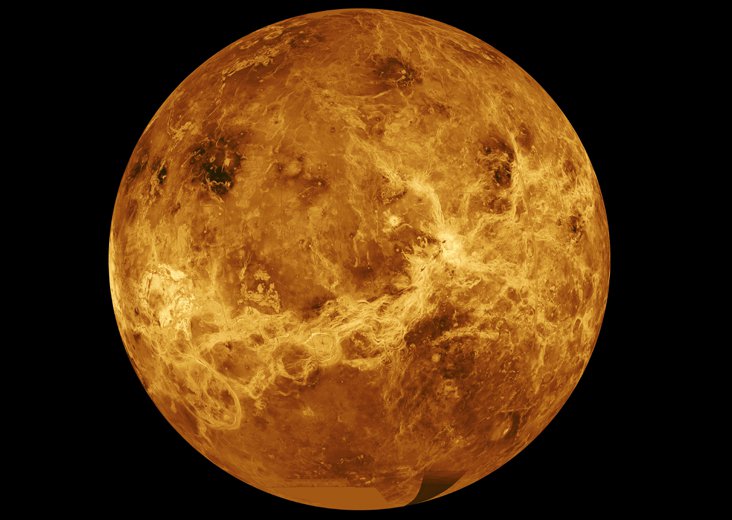 There’s a reason that Stephen Hawking and his peers are trying to inhabit Mars, rather than Venus — temperatures on Venus surpass 800 degrees Fahrenheit and the planet is relentlessly pelted by sulfuric acid.

Yet Hawking said in a recent interview with the BBC that Earth could start looking and feeling a lot like Venus if humans fail to act on climate change.

And he pointed directly at US President Donald Trump’s administration for accelerating the path to Venus-like conditions.

"We are close to the tipping point where global warming becomes irreversible," the astrophysicist said in the interview with BBC News. "Trump's action could push the Earth over the brink, to become like Venus, with a temperature of two hundred and fifty degrees, and raining sulphuric acid."

That warning might seem dire and exaggerated, but similar alarms have been sounded by experts following Trump’s withdrawal from the Paris agreement.

In fact, the chief architect of the Paris agreement, Christina Figueres, and several other climate experts published a letter in the premier science journal Nature last week that said humanity has three years to confront climate change before the risks become unmanageable.

“The year 2020 is crucially important" they wrote, because "the temperature goals set in the Paris (Accord) become almost unattainable. When it comes to climate, timing is everything.”

The effects of climate change are accelerating around the world. A recent analysis found that sea level rise increased by 50% since 1993. Countries are facing coastal erosion, heat waves, droughts, flooding, extreme weather events, and more. Further, there are signs that natural buffers against climate change are reaching their breaking points. While carbon emissions stayed flat in the past three years, the amount of carbon in the atmosphere surged, meaning that less carbon is being soaked up by the oceans and forests.

In his interview, Hawking said that the collaboration envisioned by the Paris agreement could prevent a Venus-like future.

Following Trump’s departure from the Paris agreement, countries around the world reaffirmed their commitments to tackling climate change. That kind of resolve could make the goal of keeping temperatures under a 2-degree increase from pre-industrial levels attainable in the end.

Hawking acknowledged this potential, but he spared no words in his critique of those who are making it harder to inhabit Earth.

"By denying the evidence for climate change, and pulling out of the Paris Climate Agreement, Donald Trump will cause avoidable environmental damage to our beautiful planet, endangering the natural world, for us and our children," he said.

"Trump's action could push the Earth over the brink, to become like Venus," Stephen Hawking on @POTUS climate stance https://t.co/DY1OQyJZYApic.twitter.com/C31QB2CCWb