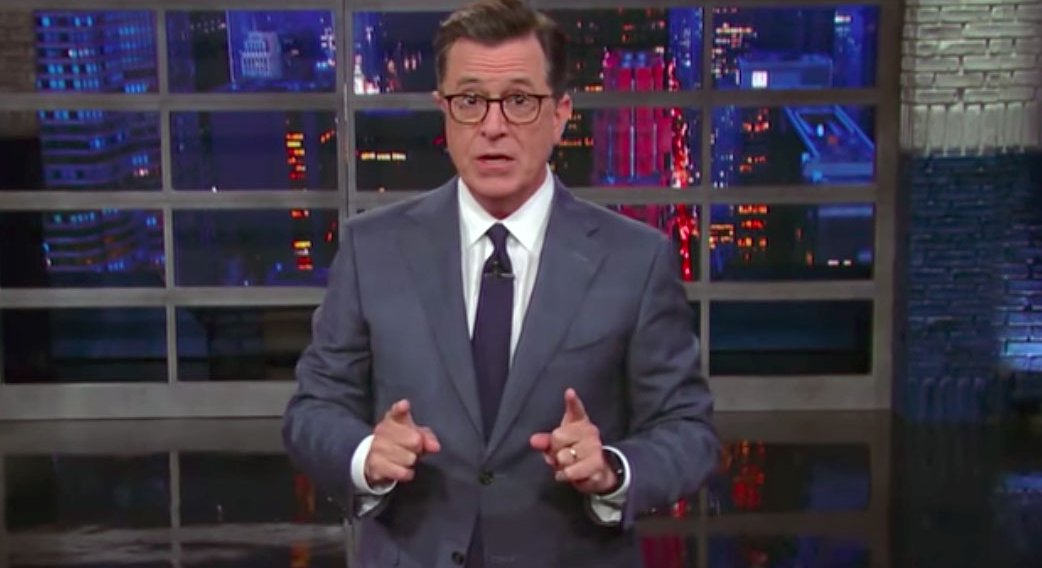 Yesterday, the Trump administration announced a proposal to slash legal immigration to the United States by half, and as always, comedian Stephen Colbert jumped in with the perfect comeback on his “Late Show.”

Colbert pinpointed the moment at which a ban on legal immigration would hit the Trump family directly: the holidays.

“Melania, honey, I’ve got some tough news,” Colbert said, imitating Trump. “Only 50% of your parents can come to Thanksgiving. I say your mom, she’s in great physical shape.”

“Mr. President, wherever you are today, it’s not based on merit,” Colbert quipped.

Colbert wasn’t the only person critical of the bill, which would cut legal immigration from over 1 million people per year to 500,000 in the next ten years, create a merit-based point system for determining green card status, and reduce family-based immigration.

Congressional representatives on both sides of the aisle roundly criticized the bill:

I've always supported merit-based immigration.  I think we should always want to attract the best and brightest to the United States. (1)

Unfortunately other part of proposal reduces legal immigration by half inclding many immigrants who work legally in Ag, tourism, & service.2

If proposal were to become law... devastating to SC economy which relies on this immigrant workforce. 3

The RAISE Act is not the correct way to fix and reform our immigration system. We can do better. Limiting legal migration isn't the answer. https://t.co/do6y1qtETx

Read More: Irish PM Gets Real With Donald Trump About Legacy of Irish Immigrants in America

The Trump administration has argued that the bill will boost economic growth and create jobs for low-skilled Americans, but some economists feel otherwise.

Economists, Politico wrote, “tend to worry not about there being too much immigration, but rather not enough.”

In his segment, Colbert cited a study that showed “89% [of economists] believe it’s a terrible idea for Trump to curb immigration.”

An estimated 44% of engineering and tech start-ups are created by immigrants and immigrants also file 60% of US patents, studies have shown.

But the chances of the RAISE Act receiving the 60 votes needed to pass the Senate is unlikely, according to the Washington Post.