This story is part of the "Real Women, Real Stories," series called  a social project designed to promote awareness of the often unseen hardships women face in different professions and places around the world.You can contribute to the project here. To help Stephanie with her medical costs, click here.

I can recount as early as age 4 a deep sensitivity. Pre-school was lonely and the class trips were lonely, and everything worsened as I entered grammar school. I was verbally bullied by my teachers who compared my intelligence – or lack thereof – to my older sister’s, who had attended the same school years before. I was physically bullied by other students. I was punched, bruised, stepped on, followed. I was a target. At home, my parents were unaware of what was going on at school, so there was no emotional support. This was the perfect storm that blinded me into darkness.

I did not develop a sense of awareness, of self, of a voice, of confidence. I could not separate myself from what my fragile mind knew me to be – a problem, a mistake, hideous, stupid and loveless. I belonged nowhere, no one wanted me. There was no safety and security and I didn’t know how to give to myself what I hungered for. I had to be fixed if I wanted to be accepted.

I began to skip breakfast and lunch thinking that if perhaps I lost the baby fat weight, I would be included. I shed the pounds quickly and the noise stopped. I was complimented and congratulated for how great I looked, and as a result, my self-esteem grew.

There was finally something I could control, something that occupied my mind, something that made me feel safe and secure. It protected me from being hurt, it was my mask – the eating disorder was self-medicating all of the underlying emotions and thoughts that resided in my subconscious mind. I was completely unaware of this and all I knew was I NEEDED this eating disorder, I needed the anxiety reducer, the companionship. 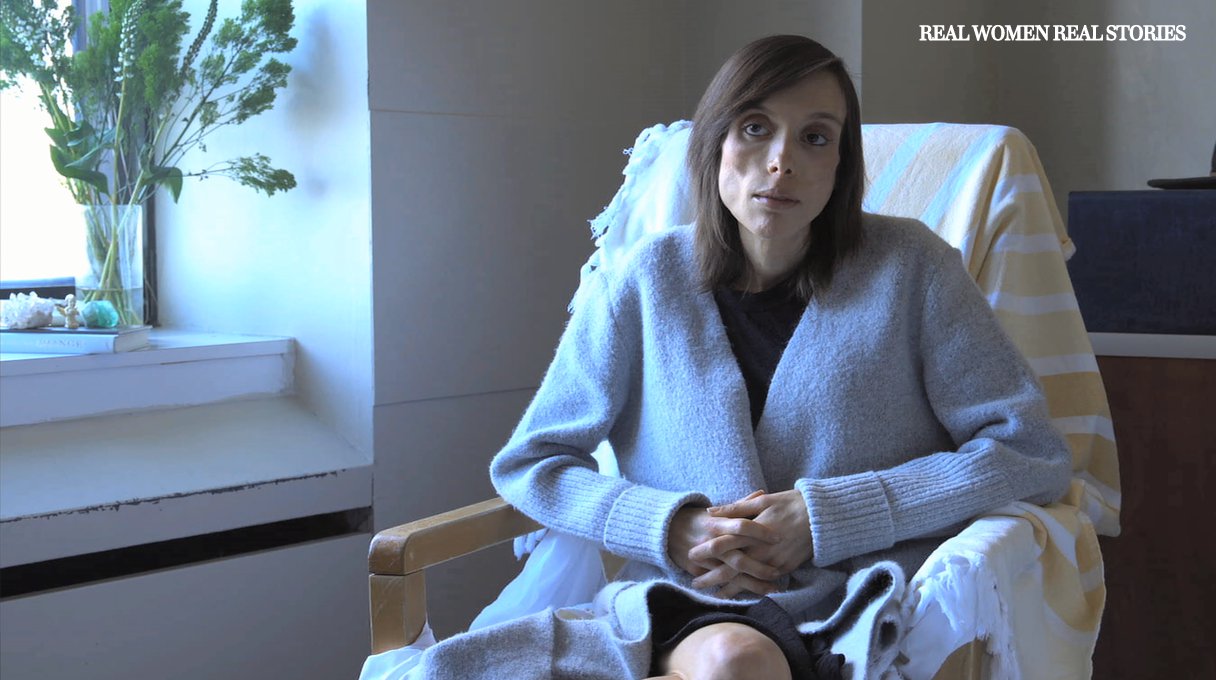 By senior year of high school my family noticed something was not okay. Now I looked too thin and they needed to intervene. At 16 I experienced my first round of help for something I didn't know had a name. I was admitted into an eating disorder program at a hospital in New Jersey and treated for my behaviors. Neither my family nor I understood. No doctors, therapists, or psychologists sat us down and properly explained what was the underlying problem, what was causing this or how to handle this moving forward. It was here that I was given a label. I had anorexia but the way I was treated left me to feel I was just a number, a body, treated as a lab rat. It was so worldly and disconnected. I was a behavior, not a human.

“I returned to the same environment with no aftercare plan and, before I knew it, I spiraled to my lowest.”

They fed me and increased my weight rapidly, a reward and punishment technique – 15 lbs in 30 days – and off to my home I was sent. I was, in essence, ‘fixed’ according to this eating disorder hospital. I was reconditioned to control my symptoms by measuring food and counting calories. No one asked deeper questions, like what is happening at home or at school, why, and how – so I quickly relapsed.

In desperation from starving, I sought out help again. For the first time, I went into a residential treatment facility in Indiana – I was 19. I entered into a loving home but I became doubtful the minute I stepped in. I didn't trust that anyone could see anything inside me. Eventually, they helped me uncover something: I thought I found my soul, I felt greater connection to my spirit. We broke bread together, everything was transparent. I engaged in horseback riding, art therapy, and so many outings. There was intense therapy but also mindful presence. There was family. After three months, my parents could no longer afford the $1200-a-day treatment. Besides, I thought I was well and cured. It was over. I could finally experience a bit of peace inside. I returned to the same environment with no aftercare plan and, before I knew it, I spiraled to my lowest. 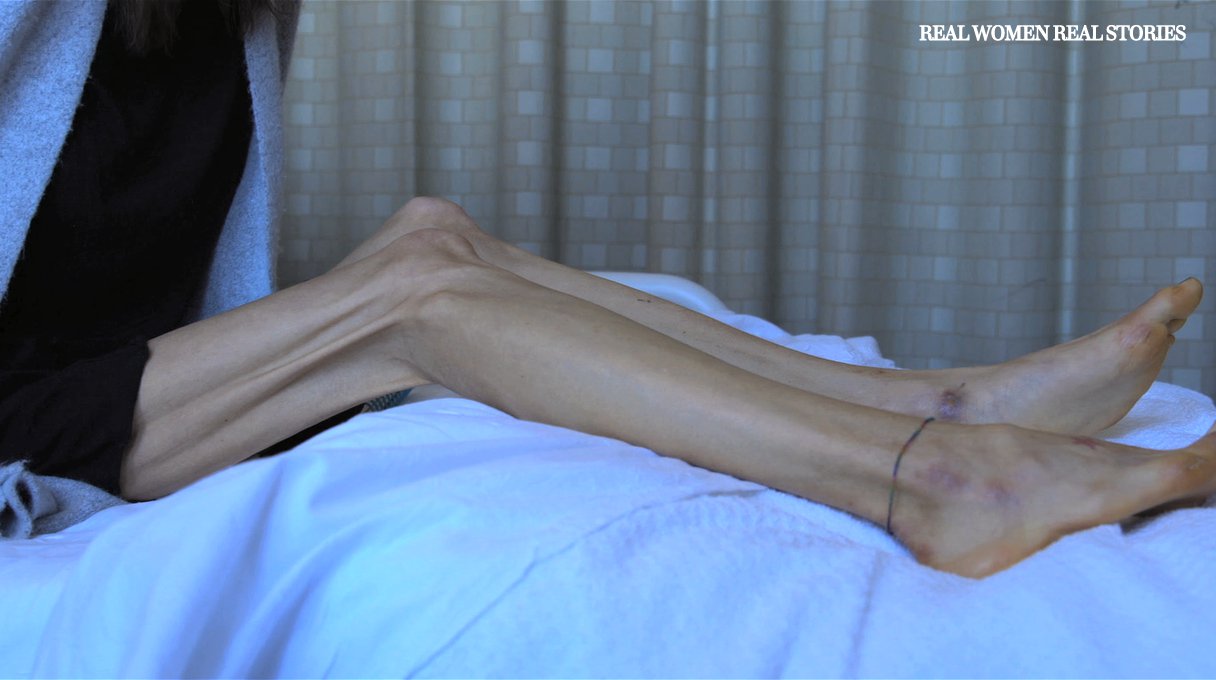 I started college at NYU that fall and just went along with the eating disorder in my back pocket. Socially, I was still petrified and my schedule was formed around my routines. It was what protected me and kept me company and when I graduated in 2012, I realized that I no longer had a routine. I needed to keep busy so I started creating jewelry and selling it online in an attempt to remain distracted and run away from a problem. Eventually, I started over exercising. I preformed the same routine every morning – OCD behaviors developed.

About a year later, my sister gifted me the book, “A Return to Love” by Marianne Williamson, and it awakened something in me. I tried to seek help with a more spiritual and holistic approach. I connected with a life coach and dietitian, yoga and meditation classes to “get back on track.” I was not giving up, I wanted to cure myself!  But, this time, I just couldn't pick myself up in the same old way again.

“They ripped me of my voice – again.”

I was sent to an Eating Disorder hospital in upstate NY. I wasn't given an option but to take in all my calories with Ensure, a nutrition shake. My body did not adapt well to it and caused a series of allergic reactions. As punishment for not being able to consume this drink, I was refused water. Already so starved, now they denied me access to food and water. I'd listened to the other girls strategize their suicide plans. I watched them fall to the ground, unable to pick themselves back up. One night, I felt my body shutting down. I remember thinking, maybe I’ll die peacefully in my sleep. Starving in bed to silence all the noise, the despair of the cage I lived in within, I needed silence, I needed it all to stop. I was 26 years old.

The hospital’s forceful and extreme recovery methods caused serious medical complications, and after 5 days I was rushed into ICU where I remained for two weeks.

I was traumatized. I was scared. I felt unsafe. I felt abused. I was mistreated. They ripped me of my voice – again.

Read More: Jessa Dillow Crisp Shares ‘the Smells, the Sights, and the Taste of Slavery’

What am I, beyond this disease? Who could help me? Always feeling shame and blame for not being able to help myself. Yet I always was. I was always fighting. Something in me has always wanted to believe. I have looked everywhere for help. One of the most challenging things about this long and drawn out process is that there are no adequate resources unless you have the financial backing.

I didn’t choose this life.

You can help Stephanie with associated medical costs here.