What's up with America's dads?

Michelle Obama talked about state of US moms, but Fatherly told us all about dads at their summit. 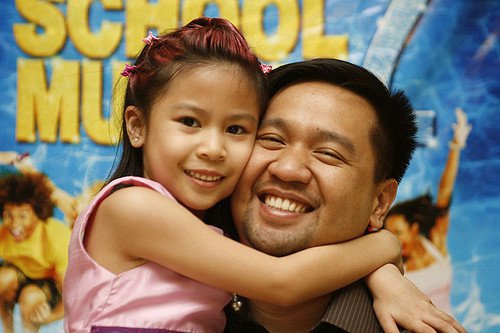 Meanwhile in New York, Fatherly in partnership with Johnson & Johnson and Promundo, hosted a summit all about men (something Michelle’s “swagalicious” husband would appreciate) to celebrate the newly published State of America’s Fathers report.

The report revealed never-before-seen data exploring the facts, figures, and feelings behind fatherhood in the US.

One shocking fact you might be able to relate to comes to a perspective disparity in who does more household work.

The study found that 61 percent of women in the US believed they were responsible for the majority of caregiving work, while 51 percent of men felt they took on most of the care work.

48 percent of US fathers reported to being the sole caregiver or sharing care equally, while only 38 percent of women said this was the case.

What does this mean? It’s not hard to break down -- basically, there’s still a huge difference in heterosexual relationships on how much care men and women provide. Men feel like they’re doing a lot, and women feel like men don’t do as much as women. So, who’s right?

As lead author Brian Heilman said, “A father might not recognize a whole other range of tasks that he might not be aware of, [such as] calling doctor to set up appointment.”

Dads have come a long way though. In the past 30 years, dads have increased time spent with kids by 65 percent! And despite the slight perception difference on who does more etc. more men than ever support proactively and equitably sharing household work than ever before.

74 percent of men in 1977 had the mentality that women belong at home, caring for children, while a “man’s place” is in the workforce. Same question asked of men in 2008 showed 40 percent had this mentality. While this is less, we should strive to zero and create a gender equal perspective on caregiving.

It’s hard to find work-life balance. Working a full-time job and even just caring for yourself -- finding time to eat healthy, exercise, make your own doctor appointments can be challenging. Doing all this for yourself, and your kids? Definitely harder.

Which is probably why 60 percent of men feel more work-life stress than back in 1977. Since men today are taking on more household responsibilities and spending more time with kids.

However, there are solutions to lessening work-life stress and achieving gender equality when it comes to both work and caregiving responsibilities.

This is where the (long overdue) discussion turns to the hot topic of paid family leave in the US. The US is the only OECD without ANY requirement or national policy for paid time-off for parental, sick, maternal or paternal leave.

“Paid family leave is about humans. It’s about people needing to be with the ones they love and who need them most,” said Vicki Shabo, VP of the National Partnership for Women & Families.

Not having paid-time off is stressing the country out.

But the State of America’s Fathers has some tips to end this stress, inequality and divide when it comes to being a parent.

What are the top 4 things that can promote equal caregiving in the US?

This Father’s Day June 19th, help spread the movement and encourage #AmericasDads to achieve gender and caregiving equality at home and in the workplace. Check out the new State of America’s Fathers report here to learn more.