Letters of Hope to Syrian refugees - Sajeda and Helga

"Helga made me feel like I exist," said Sajeda.

Sajeda desperately wanted to stay in Syria. But as the barrel bombing grew more intense and the death toll mounted, the day finally came that her parents said they had no choice but to leave. Sajeda hid in the attic, a desperate attempt to remain in the only home she had ever known. As soon as her family found her, they left in a rush, taking little more than the clothes they could stuff into their bags.

“When someone asks me,” Sajeda says, “’What was the most precious thing you left behind in Syria?’ I say that I left myself.” 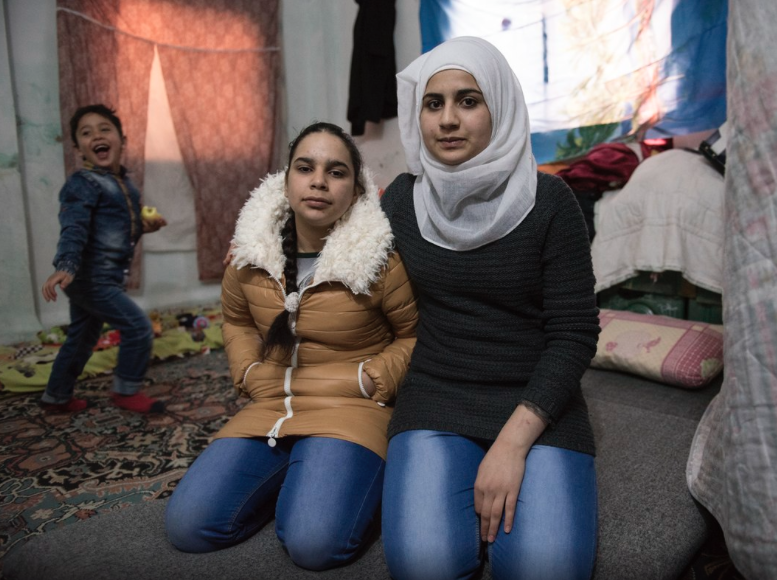 Now 16, she lives with her mother and siblings in a hardscrabble section of Zarqa, near the Syrian border. There’s tension here between the newcomers and long-time residents who resent the added strain on public services such as schools. Sajeda and her siblings don’t venture outside often for fear they’ll be bullied. They prefer to play games in their apartment. 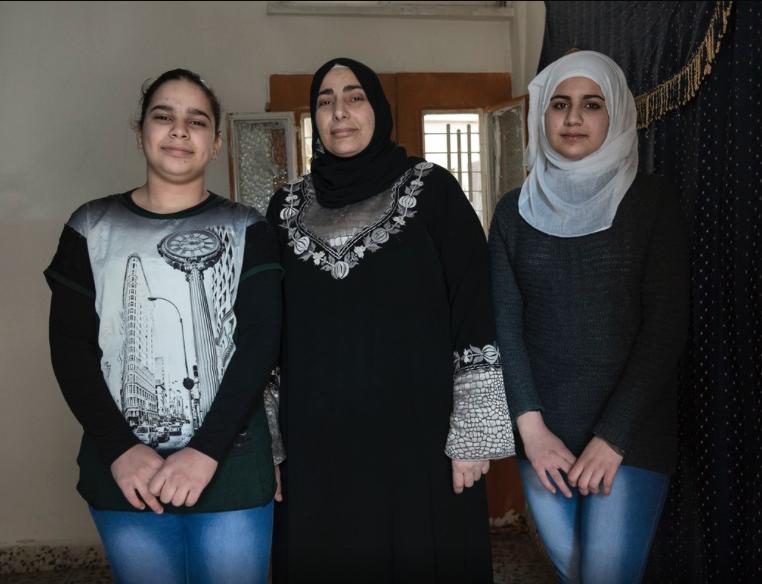 Today, huddled around a heater in the living room and sipping tea, Sajeda is intrigued by the handwritten letter that has arrived from a place she’s never heard of before: Colorado Springs. It’s from an 87-year-old woman named Helga Kissell.

“Dear Sajeda! Greetings to you from the mountains in Colorado!” the letter begins. “It is winter here and the snow is beautiful against the blue sky!” 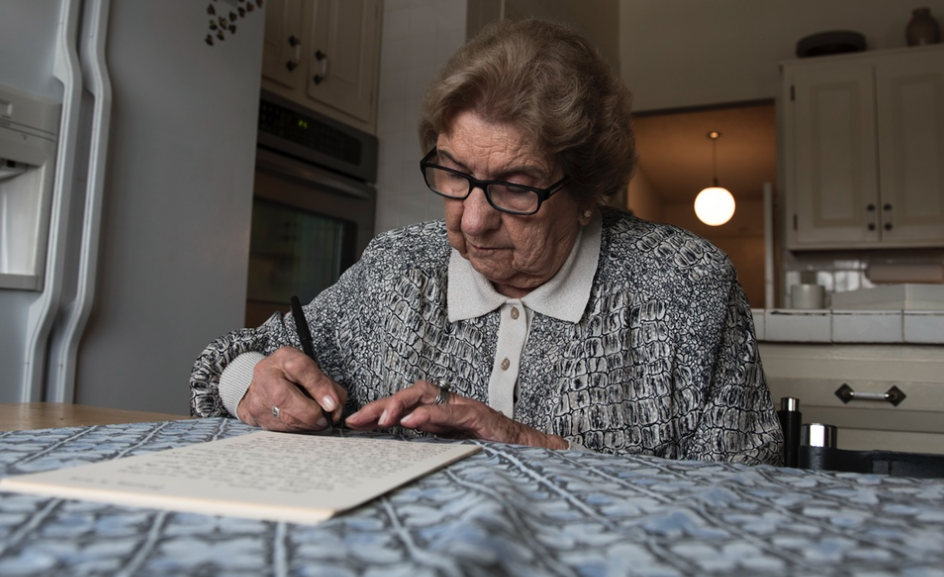 Sajeda, who loves Arabic rap music and wants to be a journalist, learns that Helga shares her passions for music and writing. Sajeda grows silent as Helga eases deeper into her life story.

“I know first hand what it’s like to lose a home and become a refugee,” Helga’s letter reads, describing her youth in Berlin, Germany, during World War II. 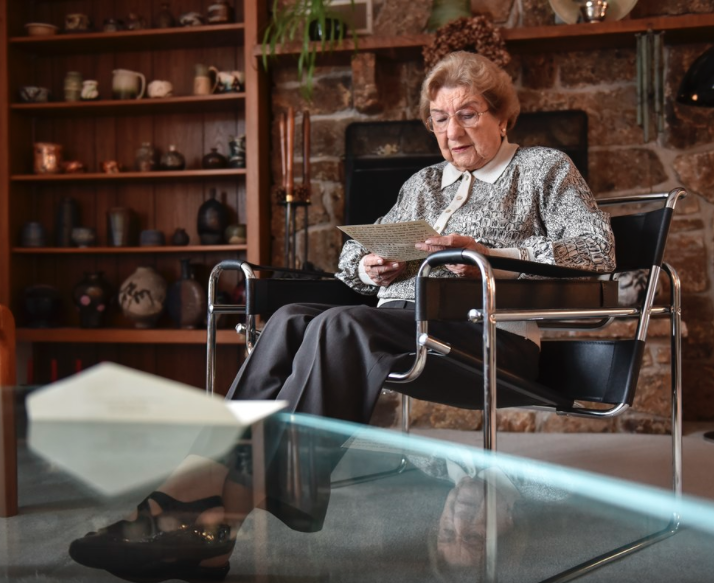 “In February 1945 there were terrible Air Raids in our town. My father lost his life during one Raid and our house was also hit by a bomb and we lost everything. My mother and I were lucky to be able to take one of the last trains out of the city! Our last possessions were in one suitcase.”

Tears well up in Sajeda’s eyes as she reads more. 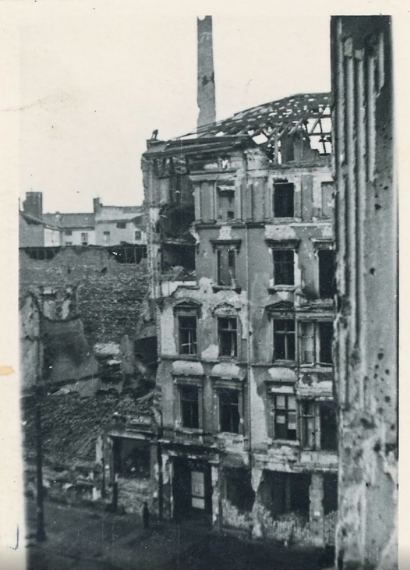 “Always remember the good times and look forward to what the future may bring. It is always difficult adjusting to living in a different country. I know!”

Sajeda cries, covering her face with her hands and then wiping away the tears. She figured few people knew what Syrians were going through — and even fewer cared. But Helga’s words feel like a familiar hand on her shoulder, no matter that they are strangers separated by 5,000 miles and 71 years. 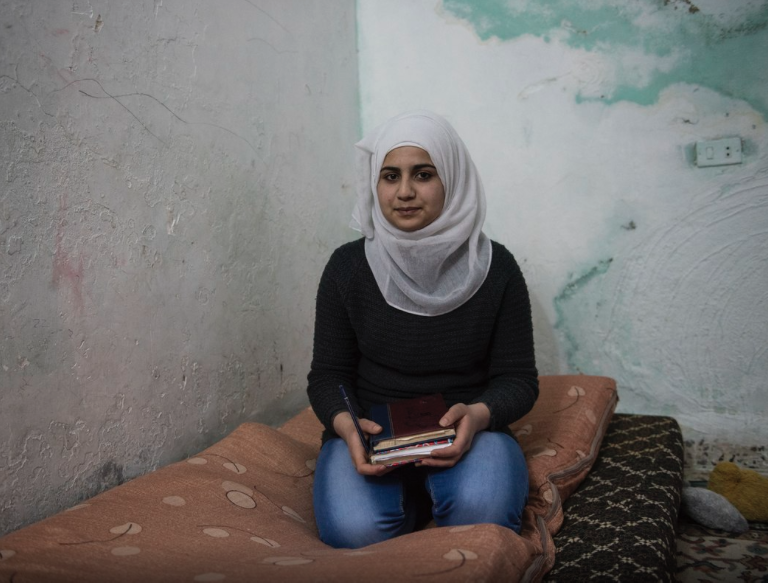 "Helga understands my situation and she feels for me," she says.

Helga’s description of refugee life rings particularly true. Her family found refuge in the state of Bavaria. “It was very peaceful and quiet except the people there were not friendly and did not like the idea of sharing their houses with strangers.”

Sajeda knows the feeling well. When walking the streets of her new neighborhood, people make comments that make her feel uncomfortable, about what she is wearing or how she looks. She doesn’t feel the same freedom to talk and joke with everyone as she did in Syria. Sajeda says she actually preferred the family’s first neighborhood in Jordan – a refugee camp – because she was surrounded by fellow Syrians going through the same thing.

Sajeda reads more, learning the incredible story of how Helga met an American GI whose family started sending her family CARE Packages. She would later move to America and marry that soldier, Leo. 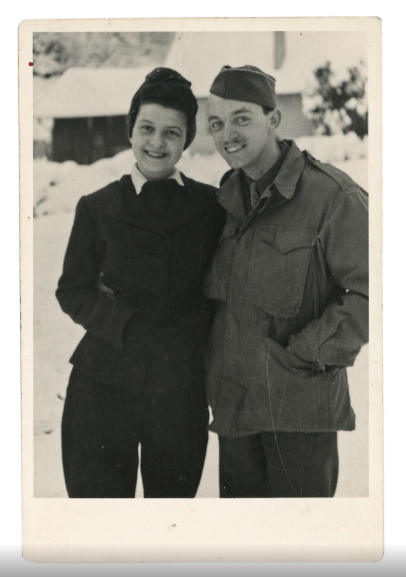 They will celebrate their 68th anniversary in August and enjoy travelling. She and Leo, 92, will soon take a three-week cruise through Latin America. At home, Helga enjoys writing letters and playing classical guitar. Sajeda expresses herself through drawing and, like Helga, enjoys music. 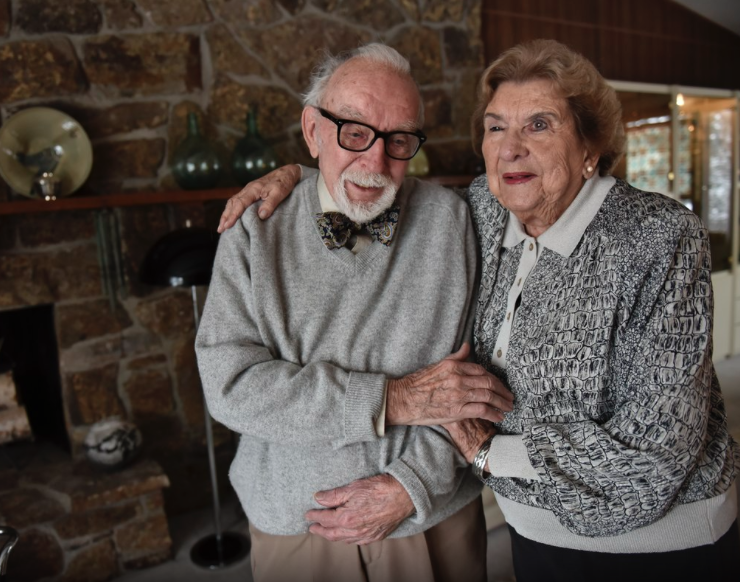 She writes Arabic rap music. Her lyrics describe what it is like to be a girl walking alone on the streets of Jordan, the reality of living as a refugee of war and her dreams. Among the things she misses most back in Syria are the flowers in her family’s garden. She wonders if she will ever see them bloom again.

“I have many dreams, but I don’t know if they will come true. I keep thinking about my future if I will stay in Jordan or return to Syria.” 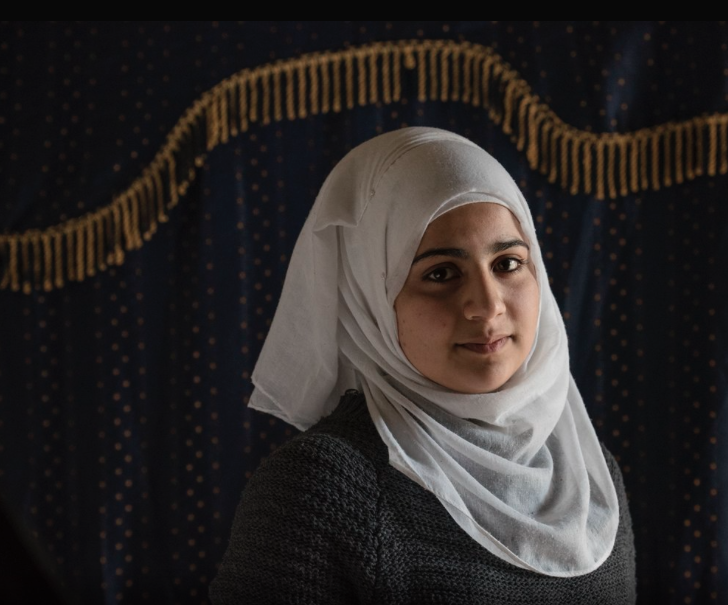 Sajeda says Helga’s words of encouragement mean so much to her. They were a reminder that, though it may feel like it at times, Sajeda did not actually leave herself behind in Syria.

You can write your own letter and continue to pay it forward by going to CARE's Special Delivery: Letters of Hope page here.