These women don't want to be the fairest of them all, and it's beautiful. 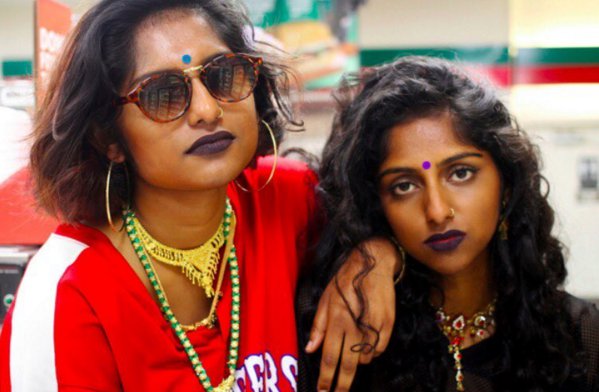 While the path to equality and justice normally inspires aspirations towards a fairer world, when it comes to beauty standards for dark-skinned women, the concept of ‘fairness’ can be more oppressive than liberating.

That’s why black University of Texas student Pax Jones decided to create a photo series called ‘Unfair and Lovely’.  The project takes its name from the notorious ‘Fair and Lovely’ face cream – a skin-whitening product primarily marketed at women in Asia.

Jones’ idea has clearly struck a chord – #UnfairAndLovely has gone viral this week as women across the world, mainly of South Asian origin, post selfies embracing their natural skin tones.  Take a look:

My whole life I've wished to be a certain skin tone, I felt my options of clothing was limited, I was surrounded by relatives who kept throwing whitening home remedies at me because hey being dark was a disease. As I matured, I started to appreciate my unique skin and hey The irony the one thing I was ashamed of and mocked for my whole life got me on buzzfeed. The unfair and love has my full support! It's time to stop degrading people according to their skin tone. Link to the article (http://www.buzzfeed.com/niralishah/unfair-and-lovely) #unfairandlovely #instamood #instadaily #photooftheday #photography #shopprstyle #shopprapp #ootdguide #ootd #ootdmagazine #fashion #PrisWardrobe #iphoneonly #aboutalook #ootdideas #vscofashion #darkskin #sundaysoutfit #wetnwild #fashionforward #classy #vsco #vscocam

"Growing up, I never felt like my skin color was inferior. I was actually proud of my gold-skin times. Knowing how much gold is valued in India 😝 But as I grew up, I realized that so many of my friends were using skin lightening products especially their under arms. I was made to feel like it is wrong if you don't shave+have dark underarm skin tone at the age of 12. I saw parents teaching their kids that. I saw so many advertisements, South Indian movies showcasing white as beautiful, classy. Meaning that dark skinned people were from 'kuppam' or slums. Never feeling represented in the Indian media even when I am an Indian. We are not born with a preference for a skin color but society imposes it so much that some cave into this unrealistic expectation." -@rachellechandraan #reclaimthebindi x #unfairandlovely | #reclaimthebindiweek

Was bullied in high school every single day for being "dark" .... I was depressed and sad!Today I can say that it was those comments which made me stronger and discover that I was something more than meets the eye !!! #bold and #beautiful #reclaimthebindi #unfairandlovely - @sunbay94

“Mirror, mirror on the wall, who’s the fairest of them all?”

It’s always inspiring to see people finding comfort in their own skins. The #UnfairAndLovely movement is especially powerful because it highlights a problem in so many cultures around the world.

The roots of “colorism” are deep and wide. For generations, non-white people across the world have been told that the fairer your skin, the better. In many cultures, the "lighter is better'" concept predates interaction with European cultures (traditionally "white"). Colorism was historically as much about class as it would later be about race. Poor people that worked outside, and inherently in the sun, would develop darker skin because of it. People who worked indoors or not at all, would be in the sun less and end up with lighter skin. This is how lighter skin was seen as "richer" or "higher class" and has stayed in many cultures as desirable outside of the racial idea of white skin vs. dark or black skin.

In many ways the focus on shade of skin color is doubly oppressive. It was - and is still today in some places - used to marginalise darker-skinned people by people of their own race as well as those outside of it.

The message is rarely subtle. For instance, this advert for a skin-lightening cosmetic in Thailand called ‘Snowz’ was pulled from the airwaves after sparking controversy for its blunt message that: “Just being white, you will win.”

Colorism is personal for everyone

Colorism is a messy, confusing, and downright ugly problem. One of my most distinctive memories from primary (elementary) school happened when I was about 10 years old. My teacher asked why I always wrote about white, blonde and blue-eyed kids in the stories I submitted, when I was neither white, nor blonde, nor blue-eyed.  Harsh.

I didn’t have an answer then, but the experience of embarrassment and confusion at the time has always stuck with me. In hindsight, it opened my eyes to the invisibility of people of colour in mainstream culture - and how easy this is to internalise.

At the same time, I grew up connected to a Nigerian culture that celebrated what is colloquially referred to as ‘yellow’ skin, reminding me that your experience of race does not only depend on the colour of your skin, but sadly, on the shade of it too.

The Unfair and Lovely campaign is a powerful and beautiful movement against attitudes that try to keep darker-skinned people in the shadows. Although the latest response has predominantly stemmed from South Asian women, the founders have stressed that the campaign is for all women who have felt the sting of colorism.  It’s inspiring to see women celebrating their colour and overcoming the prejudice steeped against them to create a fairer world – ‘fairer’ in the truest sense of the word.