Those houses, he and other residents said, were allocated exclusively to paying members of the African National Congress (ANC), the South African ruling party that has been beset in recent years by allegations of widespread corruption.

It is a sentiment routinely heard across Durban, where more than 317,000 households — according to government data — live in impoverished informal settlements like Cato Crest, now Mzimela's home.

Cato Crest alone has more than 1,000 such households. Residents not only lack basic services; they said they had faced as many as 23 attempted evictions by the local municipality - many in contravention of a court order, local media reported.

"The ANC had a chance to redress the issues of the past and give poor people the right to land and proper housing," Mzimela told the Thomson Reuters Foundation of the party that in 1994 won South Africa's first democratic elections.

"But it's 24 years later, and they've clearly failed." 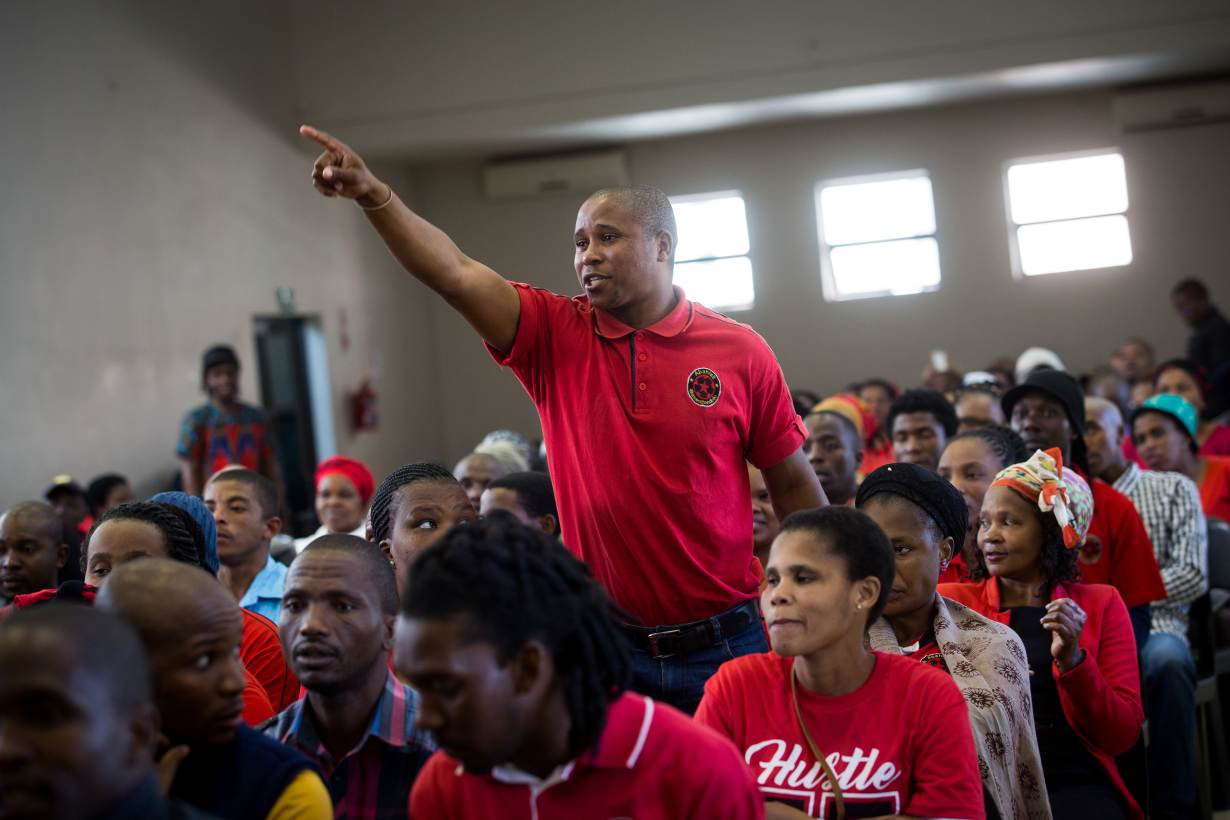 More than two decades after apartheid's demise, most private land remains in the hands of South Africa's white minority, making it a potent symbol of wider economic disparities.

The ANC has made expropriation of white-owned land a key policy ahead of an election next year that is expected to prove a tough test against a backdrop of recession and signs of rising social discontent.

But as the government pushes ahead with its expropriation plans, Mzimela said the plight of urban shack-dwellers in Durban was still largely neglected despite mounting service delivery protests and land occupations across the city district.

"The government does not care about the urban poor. Their policies do not address our situation, they just maintain it," he said.

Since its formation in 2005 — after municipal land earmarked for housing for local shack-dwellers was sold privately — AbM has amassed more than 50,000 members across the country's under-served informal settlements.

The bulk of its membership is in Durban, where the group has led a number of land occupations.

"The government has tried everything to crush our organisation and our processes," he explained.

Three AbM members were killed in service delivery protests and attempted evictions in Cato Crest in 2013, including 17-year-old Nqobile Nzuza, according to local media reports. She was shot twice in the back while fleeing police.

A further 10 members have been killed since then, AbM said, most of them in Durban.

AbM spokesman Thapelo Mohapi said the ANC in Durban had routinely sought to "criminalise" and "persecute" the movement rather than engage with its leadership over how to implement much-needed urban land reform.

Nelly Nyanisa, ANC chief whip in KwaZulu-Natal, the province that encompasses Durban, said the local municipality wanted to build relationships with organisations like AbM, adding that the group's actions often stood in the way of government plans to develop land for housing.

"Land meant to improve communities is often illegally occupied - then we can no longer build any community project to help benefit communities," she said by phone. 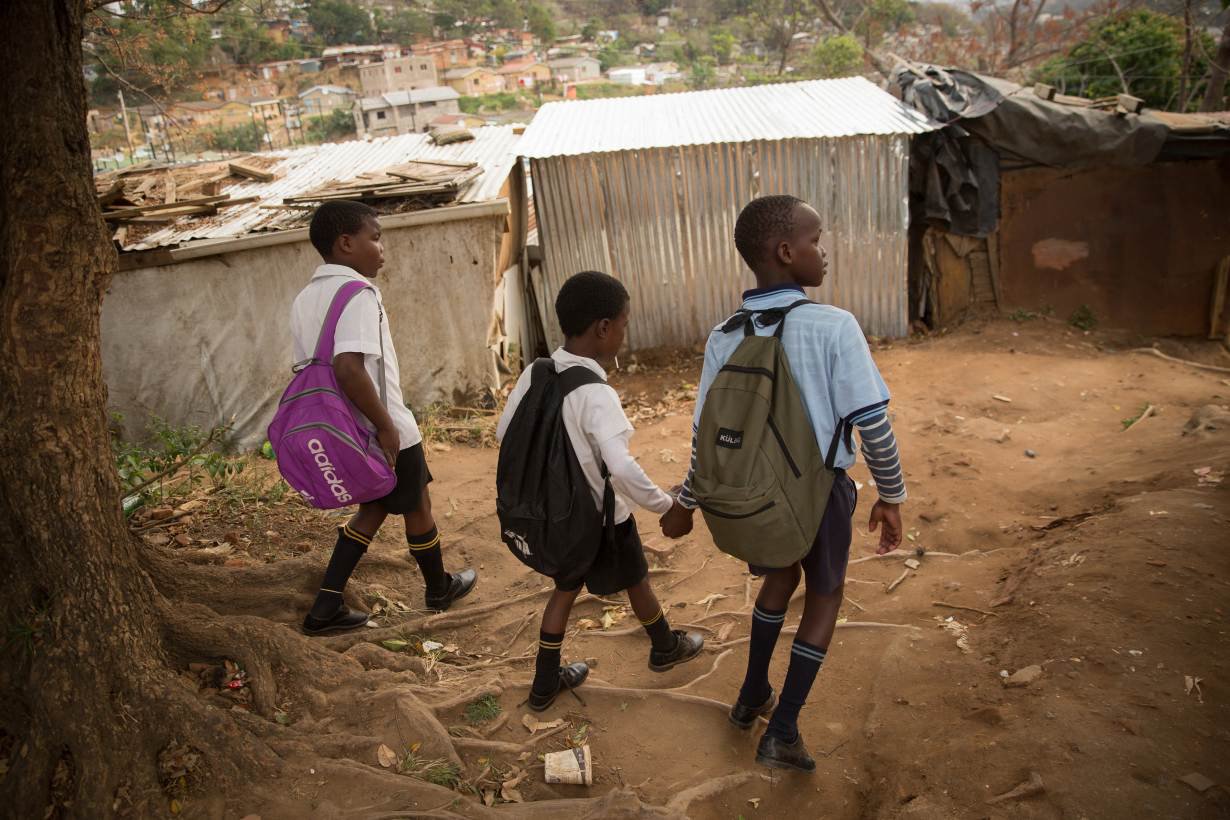 Lazola Kati, provincial organiser of local advocacy group Right2Know, said the conflict between AbM and the state was compounded by the lack of an up-to-date housing list in Durban, whose backlog has reached about 400,000 homes.

"We live in communities where local councillors are selling off (government) houses meant to benefit the poor, and municipalities are illegally evicting shack-dwellers," she said.

"Even more drastically, activists are being killed for standing in the way of those same people," Kati said.

Mzimela said he doubted the ANC could address land restitution meaningfully or the impasse between the municipality and AbM in KwaZulu-Natal.

"The policies that are being made are not supporting the poor," Mzimela told the Thomson Reuters Foundation.

He said the ANC move to expropriate agricultural land from white farmers without compensation was merely intended to help secure the votes of the impoverished black electorate next year.

Land reform expert Ruth Hall said the land reform debate playing out in parliament was too narrowly focused on whether or not the constitution should be amended to allow expropriation without compensation.

"It is not focusing on how the constitution should be amended, nor is it focusing on who should get land, where and for what purpose," Hall said.

But, she added, "putting land questions front and centre of political debate" meant the government "will be pushed to take much more decisive action to make land available, particularly for poor people who need it in both urban and rural areas".

Responding to questions in parliament in August, President Cyril Ramaphosa said urban land held privately for speculative purposes or lying fallow should be released for housing.

"Quite a bit (of land) is owned by state-owned enterprises and some by various government departments. Those must be identified, serviced and released to our people," he said.

AbM leaders say such statements bear no relation to what is happening on the ground. It cites the occupation of eNkanini near Cato Crest, where the municipality last year demolished structures and evicted residents. Some were shot and injured.

The municipality has repeatedly argued against a court order preventing it from evicting 35 families from the greenbelt site, and to stop more dwellings being erected. The Thomson Reuters Foundation recently counted about 270 families living there.

More are coming, according to George Bonono, AbM's KwaZulu-Natal chairperson. In September several structures were being built near the remains of demolished shacks.

Bonono conceded that the ongoing construction could well lead to further evictions and demolitions.

"But what choice do we have? People are still crying for land."