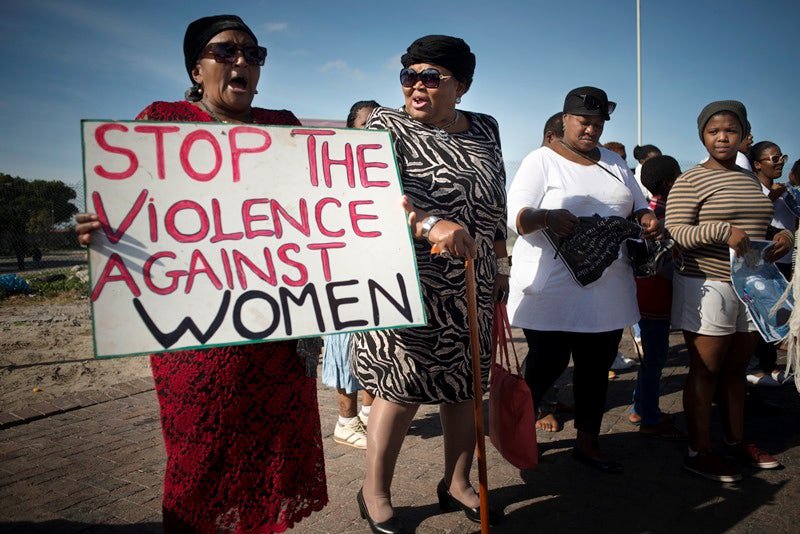 A recent ruling by the South Gauteng High Court has changed the lives of sexual offense survivors across South Africa. Before the ruling, they faced a 20-year limit for reporting crimes against them, with the exception of rape. But on June 19, the court repealed this statute of limitations.

The change was made as a result of a criminal case brought before the court by eight men and women. The plaintiffs, known as the Frankel 8, reported that the same man, Sidney Frankel, had sexually abused them between 1976 and 1991, when they were minors. The Frankel 8 asked the court to overturn the 20-year reporting limit in order to be able to pursue criminal charges against Frankel.

Take Action:Sign the petition urging governments to comprehensively look at their laws relating to rape, sexual violence and abuse.

In South Africa, the legal term for statutes of limitation is “prescription.” In general, the purpose of prescription is to provide speedy and fair trials.

“But in certain cases, the crime is considered so serious it doesn’t prescribe. Rape has always been one of these crimes,” said Bronwyn Pithey, an attorney for the Women’s Legal Centre in Cape Town, which provided legal expertise to the court in the Frankel 8 case. Murder and treason are also exempt from the 20-year reporting limit, as are a few other serious crimes. But until June 19, sexual offenses other than rape, like sexual assault, were not.

The law thus created a distinction between rape and other sexual offenses, with the assumption that rape was a more serious offense. “The concept of seriousness based on ‘harm’ or moral gravity does not take into account the level of trauma endured by survivors of sexual offenses, which varies independently of the ‘seriousness’ of the offense,” said Seehaam Samaai, director of the Women’s Legal Centre.

“All sexual abuse and violence cause immense harm to the victim, and prescription laws conspire with perpetrators to silence survivors of sexual abuse,” Samaai said. “They limit the rights of survivors to access the courts, and their right to equality, dignity and freedom and security of the person.”

Throughout the world, statutes of limitation for sexual offenses vary wildly. In Victoria, Australia, following a parliamentary inquiry into child abuse and its handling by religious organizations, the state government called the statute of limitations on child abuse to be lifted noting that on average it takes a child 24 years to report the crime.

In the United States, limits vary from state to state, with Arkansas requiring that abuse be reported within three years of discovery, while others, like Alaska, have no limit at all. Similarly, the United Kingdom has no statute of limitation for sexual offenses.

In South Africa, underreporting of sexual offenses cases is common. In many instances, Samaai says, this is because victims “fear reprisal from the perpetrator, blame themselves for what happened, lack support from family and community members, or are dissatisfied with the South African criminal justice system.” In addition, she says, children may only realize that what happened to them was abuse many years into their adulthood.

Read More: This Hotline Is Tackling Violence Against Girls in Drought-Hit Kenya

“Prescription is inappropriate for sexual offenses,” Pithy says. “Instead of fulfilling its original purpose of penalizing people for not reporting a crime, it penalized victims for being unable to report the crime due to the trauma it caused.”

On June 19, the High Court found it necessary to balance the interests of sexual offense victims and those of the accused, and ruled that the need for a speedy trial does not outweigh the suffering of the abused.

The court also found that in its current format, the law did not uphold victims’ right to dignity or equality, because it created an arbitrary distinction between sexual offenses involving penetration and those that did not.

The High Court has given parliament 18 months to amend the law accordingly or create new legislation. In the meantime, courts are instructed not to apply any limits on reporting sexual offenses.

“Now, all sexual offenses, whenever they were committed, against children or adults, can be evaluated according to the evidence, and a decision can then be made whether to prosecute or not,” Pithey says.