Another country joins the solar revolution. 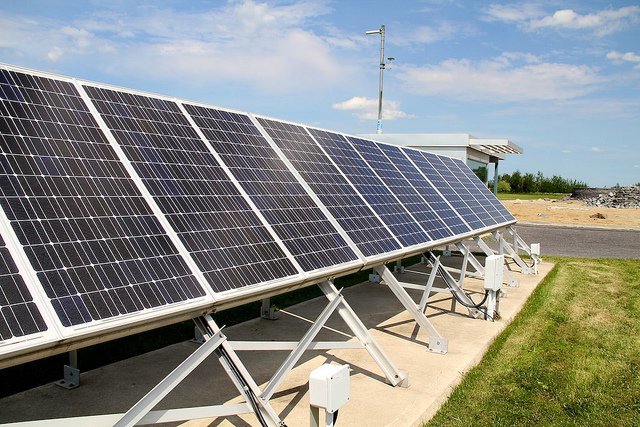 South Africa has more than twice the solar energy potential as Europe and many companies are trying to take advantage of this ample natural resource.

The state-owned Airports Company South Africa (ACSA) recently opened three partially solar-powered airports across the country, the first of their kind on the continent.

South Africa’s Upington and Kimberley Airports, located in the northwestern part of the country, along with the George Airport in the south, are the first three to utilize this sustainable energy source.

Three more airports — Port Elizabeth International, East London, and Bram Fischer International Airports — are also set to be solar-powered by the end of 2017.

ACSA’s senior manager of corporate affairs, Senzeni Ndebele told CNN that, while the solar farms currently supply only around 45% of the airport's power requirement, "the long-term plan is to have the airports generate their own energy."

The company is aiming to “greenify” all of its airports and achieve carbon neutrality by 2025.

Becoming carbon neutral requires a company to first eliminate its own carbon emissions and then offset emissions elsewhere, by, for example, investing in sustainable forestry, according to the Carbon Project.

Not every South African company is following ASCA’s carbon-neutral lead. The state-owned electricity utility Eskom recently refrained from signing two renewable energy deals with private firms, saying it would be too costly.

But the country’s solar sector is thriving in a more decentralized way with establishments like airports and shopping malls implementing environmentally-friendly technology.

As companies adopt these measures, it could motivate energy providers like Eskom to invest in renewable energy projects.

"South Africa's solar future is going to be organic and done by companies to reduce their dependence on the grid and generate their own electricity," Dirk de Vos, energy analyst and director at QED Solutions told CNN.

"I think we're at the initial stages of a solar energy revolution," de Vos said.