The blood samples for the testing for HIV for infants are gathered at the local clinics and hospitals.
Karin Schermbrucker/UNICEF
Health

How South Africa Is Tackling Its AIDS Crisis, One Test at a Time

There are 7.1 million people living with HIV in South Africa.

Millions of self-screening kits for HIV are being handed out in target areas in South Africa and they could be the key to putting an end to the country’s AIDS epidemic.

South Africa has 7.1 million people living with HIV, which accounts for 18.9% of the adult population, according to HIV awareness NGO Avert.

The UN has set global standards for how to combat the AIDS epidemic, and the first step is making sure people are tested and aware of the their HIV status. By 2020, the UN is calling for 90% of people living with HIV to be diagnosed, 90% of those diagnosed to be on antiretrovirals, and 90% of people on treatment to have viral suppression. 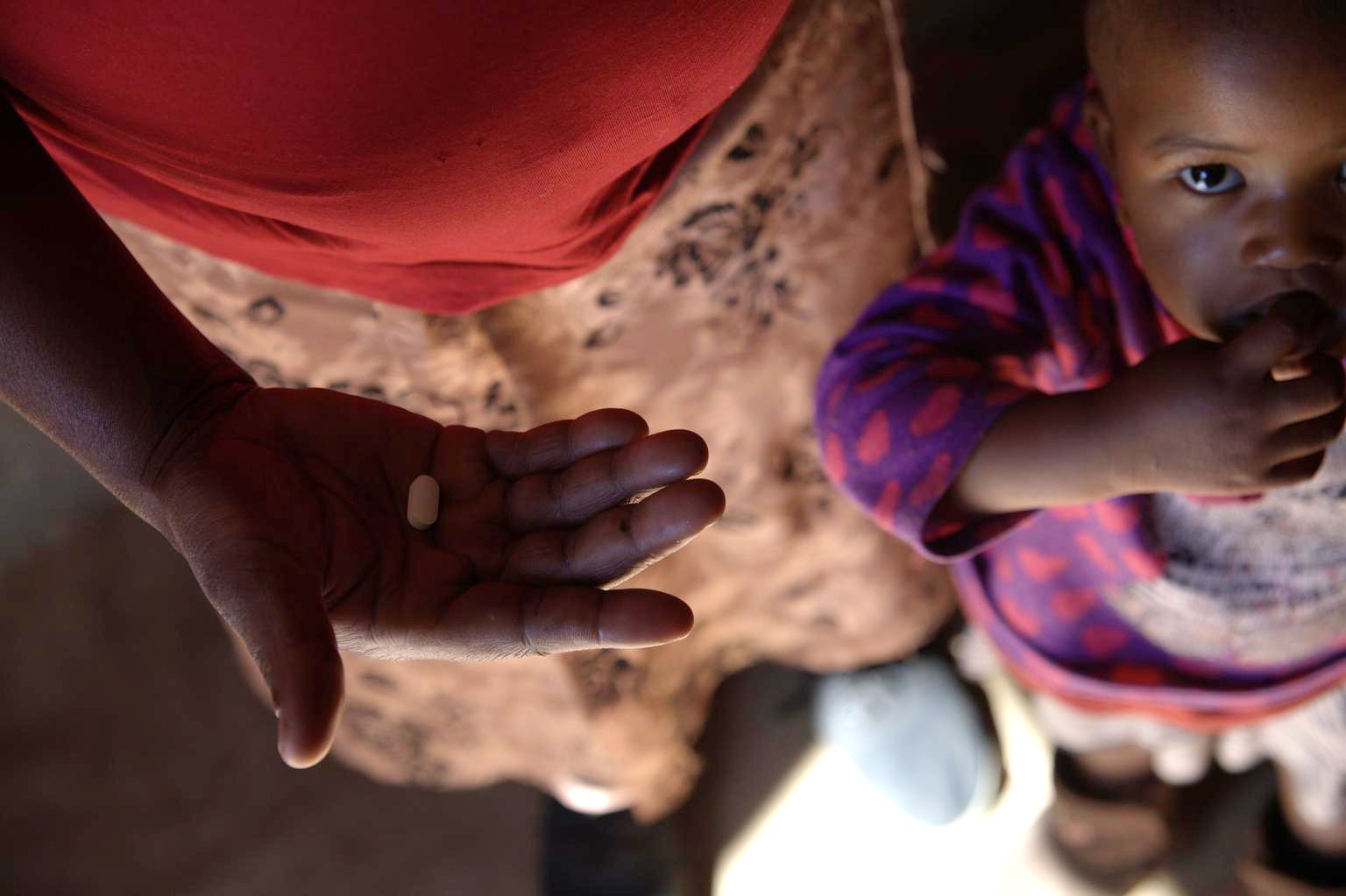 A woman who is pregnant and living with HIV holds antiretroviral medication in the palm of her hand in July 2013 in South Africa.
Image: Leonie Marinovich/UNICEF

In South Africa, the statistics for these targets sit at 86%, 65% and 85%, according to The Guardian.

In response to these numbers, 4.8 million self-screening kits will be handed out across Malawi, Zambia, Zimbabwe, South Africa, Lesotho and Swaziland by 2020 thanks to the HIV Self-Testing Africa (Star) Initiative. This program is funded by the global health organization Unitaid.

The self-tests use an oral sample and they only take 20 minutes. They are 90% accurate when it comes to confirming an HIV-positive result.

It can take hours to get in for tests at a regular clinic in South Africa and because there is such stigma attached to HIV, many people don’t want to be seen getting tested and will therefore avoid it. People are also afraid to hear their results. That’s why the self-screening tests can be conducted in private tents or taken at home.

The hope is that self-testing will become as normal as doing a pregnancy test, according to experts.

These tests are given out by people like counsellor Mokgadi Mabuela in Hillbrow, Johannesburg.

“Usually we give out 300 kits in one day,” Mabuela told The Guardian.

Mabuela said that often the people she gives the test to have never been tested before.

“They are just scared to know. It’s just the thing of knowing you could be positive that’s quite scary,” she told The Guardian. “Especially in a place like Hillbrow where you have your brothels, strip clubs and everything. The discrimination that comes with having HIV is still a huge thing.”

To get a test in Hillbrow, people give their information to a counsellor and then are given advice on how to handle their result.

Read More: Man With HIV Set to Be Deported to Country With No Medicine

At this testing site, people have access to a list of clinic referrals, as well as the phone number for Mpumelelo Sibanda, who is the site coordinator.

“I get a lot of calls,” Sibanda told The Guardian. “People text me on WhatsApp saying, ‘I need to speak to you now’ … People are in a state of panic, so they want to be seen soon.”

If a person tests as positive, she says they can generally can be seen the following day to take a confirmatory test and start antiretroviral treatment.

Read More: How This Social Media Campaign Is Getting People in Poland to Talk About Sexual Health

The South African government has made great improvements when it comes to access to treatment and encouraging testing. In fact, South Africa has the largest antiretroviral treatment (ART) program in the world.

Still, more needs to be done to meet the UN’s targets.

Global Citizen campaigns on issues related to the UN Sustainable Development goals, including global health. You can take action here.

TopicsHIV/AidsHealthSouth AfricaAIDSHIVself-screening
The blood samples for the testing for HIV for infants are gathered at the local clinics and hospitals.
Karin Schermbrucker/UNICEF