Sonny Perdue Confirmed as US Secretary of Agriculture

Global Citizens are ready to work with Secretary Perdue to end global hunger and malnutrition.

This evening, Gov. Sonny Perdue was confirmed to be the next secretary of the US Department of Agriculture with notable bipartisan support.

Perdue is the son of a farmer who has owned several agricultural companies. He graduated from the University of Georgia in 1971 with a doctorate in veterinary medicine and then served in the Air Force. Once a Democrat, Perdue later ran for governor of Georgia as a Republican and served the state from 2003 until 2011.

But, in case you were wondering, Cosmopolitan magazine clarifies that he is not affiliated with Perdue Farms or Perdue chicken.

Secretary Perdue’s March confirmation hearing covered a lot of agricultural issues that will be significant over the next four years. One of the most important jobs ahead for Secretary Perdue will be working with Congress to provide input into the 2018 Farm Bill. The farm policy contained in the last Farm Bill will expire next year and lawmakers in the House and Senate Agriculture Committees are already working diligently on the 2018 bill. At his confirmation hearing, Perdue explained that he would be a "tenacious advocate and fighter" for rural America.

As agriculture secretary, Perdue is now responsible for 100,000 employees at USDA as well as the nation's food and farm programs, including agricultural subsidies and conservation efforts, rural development programs, food safety and nutrition programs. In addition, Secretary Perdue will also oversee many of America’s global food security programs.

Right now, more than 20 million people across North East Nigeria, Somalia, South Sudan, and Yemen are facing threat of famine and starvation within the next six months.

Take Action: 20 Million People Are At Risk Of Famine – Will The United States Take A Stand?

Nearly 1.4 million kids are at risk of death without urgent action by the international community. New funding for famine response is needed immediately to save lives, prevent destabilization, and support refugees who are fleeing into neighboring countries. 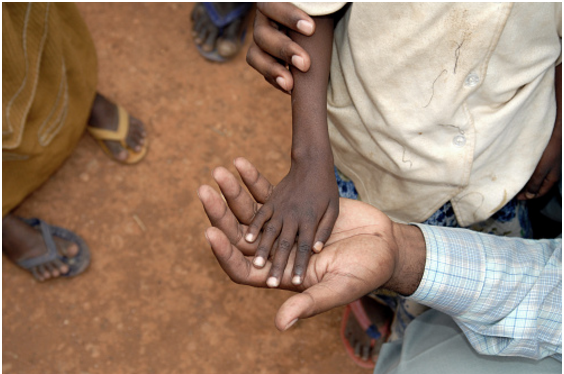 The stakes are higher than ever before and America’s food assistance programs — both through USAID and USDA — are critical for responding to famine, preventing disaster, and promoting sustainable agricultural development.

The USDA hosts the McGovern-Dole Food for Education Program, which supports education, child development and food security in low-income, food-deficit countries around the globe. The program provides support for the donation of US agricultural commodities, as well as financial and technical assistance, to support school feeding and maternal and child nutrition projects.

The key objective of the McGovern-Dole Program is to reduce hunger and improve literacy and primary education, especially for girls. By providing school meals, teacher training and related support, McGovern-Dole projects help boost school enrollment and academic performance. At the same time, the program also focuses on improving children’s health and learning capacity before they enter school by offering nutrition programs for pregnant and nursing women, infants and pre-schoolers.