The project was done on public lands.

Two solar farms that can power 46,000 homes went online in Southern Nevada last week in a major win for renewable energy advocates, according to a press release by the project’s operator, EDF Renewable Energy.

It’s the first utility-scale renewable project to be built within the Bureau of Land Management’s Solar Energy Zones, which were established under the Obama administration in 2014. Now that the project is online, its success could set the stage for a renewed push to develop renewable energy on public lands, according to the Washington Post.

Containing 1,980,840 solar panels, the two plants are known as Switch 1 and Switch 2 because they’re going to power the data processors of the technology company Switch, which has vowed to get 100% of its energy from renewable sources.

“Less than a decade ago, Nevada’s solar energy landscape was nonexistent, but this commissioning helps fulfill the vision I had to make our state the leader in renewable energy development,” said US Senator Harry Reid in the press release.

“A technology giant like Switch committing to using 100% renewable energy is truly visionary and grows our clean energy economy by creating hundreds of good-paying labor construction jobs here,” he added. 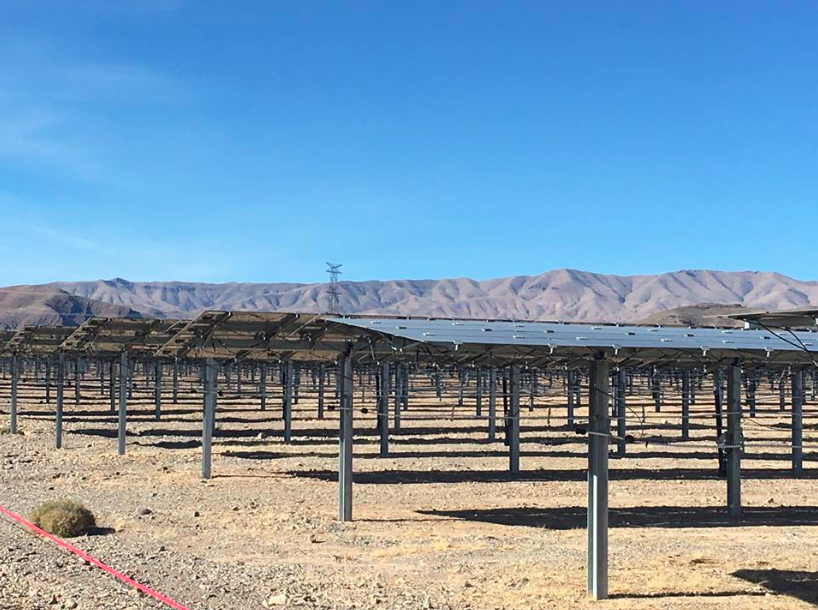 Nevada has emerged as a champion of renewable energy over the past decade. Between 2005 and 2015, its renewable energy production tripled and carbon emissions from its energy sector dropped by 44%, according to the press release.

The state’s efforts have increased in recent years. Between 2011 and 2015, Nevada ranked third in the US for renewable energy growth, according to a report by the Union of Concerned Scientists.

Read More: 9 Countries That Gave Us Hope on Climate Change in 2017

And the state shows no signs of slowing down, either.

“This project confirms that solar energy is now available and priced competitively with other energy sources that rely on carbon-based fuels,” Kathryn Arbeit, vice president of project development Americas for First Solar, a company that worked on the project, said in the press release. 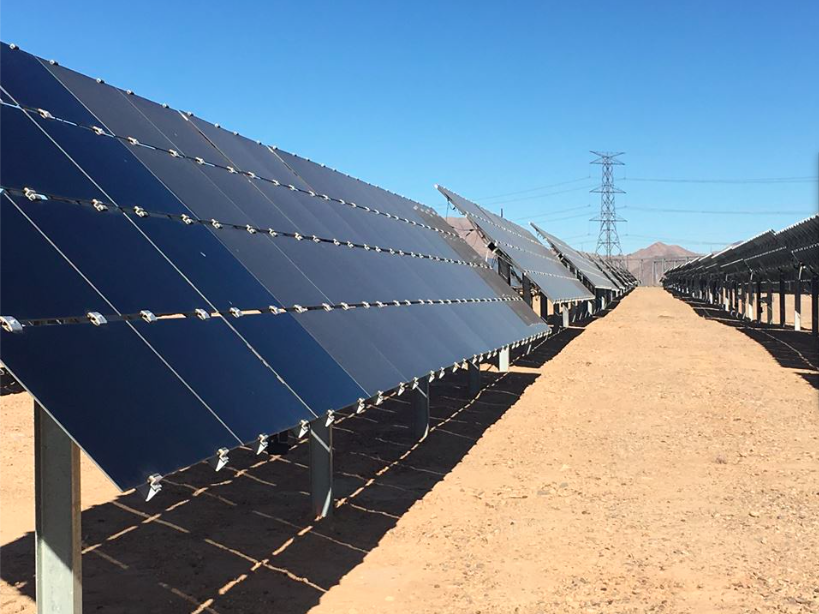 The Switch project has implications for the rest of the country as well. Because it occurred within a Solar Energy Zone, the Switch plants benefited from a streamlined permitting process that allowed them to be finished twice as fast as the industry standard, according to the Washington Post. There are 18 other Solar Energy Zones, according to the Post, and they could see increased development in the years ahead.

Read More: Experts Say Arctic Drilling Makes Little Sense. So Why Is It Being Pushed?

The project ultimately reflects the priorities of the Obama administration, but its success aligns with the Trump administration’s “all of the above" energy approach and could prompt greater investments in renewable sources, the Post notes.

In fact, the tax bill working its way through Congress maintains tax incentives for renewable sources, suggesting that it’s still a priority.

Even if the administration retreats from renewable energy, however, individual states are forging ahead.

Over the past year, solar energy has increased by 47% in the US, according to the Energy Department. Renewable energy sources in general, meanwhile, accounted for 15% of electricity production in 2017.

Global Citizen campaigns on the Global Goals, which call for investments in renewable energy. You can take action on this issue here.

The Switch project also holds significance for the ongoing battle over public lands.

Recently, the Trump administration shrunk public lands in Utah by the largest amount in US history. One of the reasons for the decision was to enable energy exploration. Opponents of the announcement, meanwhile, fear that it could lead to the destruction of precious environments.

The Switch project demonstrates that large-scale renewable energy projects on federal lands can be deliver a lot of energy while meeting high conservation standards — the Nature Conservancy was a partner on the project.

“Finding ways to provide for both wildlife and energy needs is key,” said John Zablocki, the Conservancy’s Mojave Desert program director who worked on the Switch project, said in a statement. “The stakes are high, and we have to get things right from the start.”