Soap can save lives: a profile on Erin Zaikis of Sundara

"With passion, and deciding you won’t quit, you’ll be surprised at far you can go… " 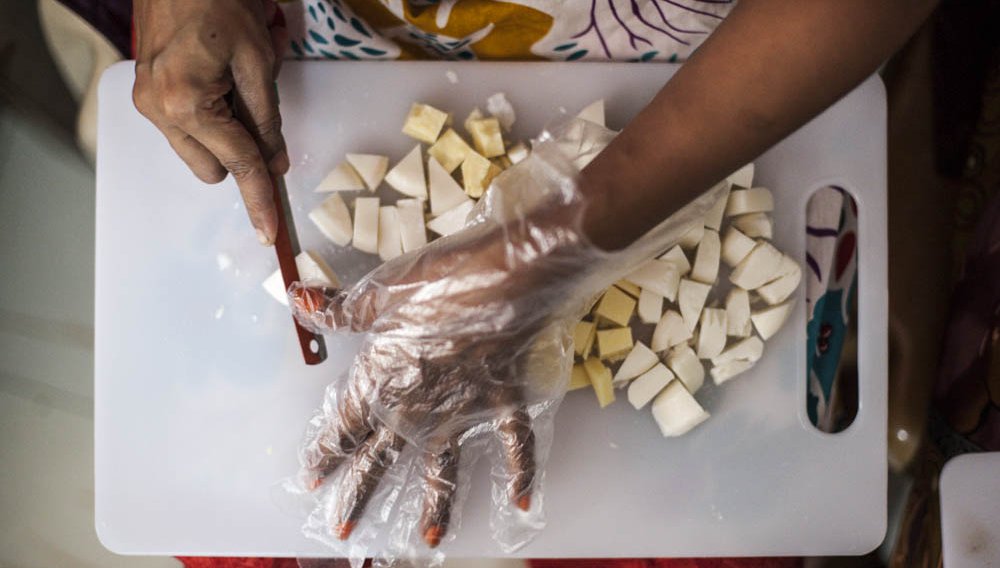 One of the great privileges of working at Global Citizen is meeting inspiring people. As a budding humanitarian with a passion for women’s rights and international development, I often feel confounded by the massive barriers in achieving gender parity. Occasionally, I feel so overwhelmed by the enormity of the task in solving important issues that it lessens my desire to act. What can I, as a single human being, possibly do?

The answer to this question comes from visionary Erin Zaikis (pictured below) and her innovative social enterprise Sundara, a nonprofit that creates sustainable hygiene programs for underserved communities in India, Haiti, and Ghana.

Last week, I had the opportunity to speak with Erin (pictured below), a graduate of the University of Michigan (my alma mater, GO BLUE!), and humanitarian who created an innovative solution to public health – all through the simple, yet revolutionary use of soap.

Erin says her journey into international development wasn’t inevitable. Growing up in Marblehead, Massachusetts, Erin recounts, “I never knew what poverty was in a very extreme sense. My eyes weren’t opened until I went to college.”

What I loved about chatting with Erin is her approachability on the subject of becoming a global leader. With a laugh she asks if I have seen the movie Slumdog Millionaire. Answer: YES (and for those who haven’t, the movie is a must see!) While watching the film, Erin recognized her own privilege, saying “I was so horrified that people could live that way, and I’m sitting in my seat thinking ‘that’s not real! People can’t actually live like this!’”

Wanting to increase her global consciousness, at nineteen, Erin took money from her Bat Mitzvah savings and bought a ticket to Mumbai for the summer. What was her plan? “I was very impulsive and had this grand idea that I was going to find myself,” she jokes.

Erin began emailing anyone that she knew in India, and found her way to a girls' orphanage where she lived and volunteered over the summer months. “Many of the girls were unwanted- born and abandoned in dumpsters, left at train stations, and it was a very shocking time…I couldn’t believe life could be so cheap. It was a life-changing, stressful, crazy-time. But also a real wake-up call.”

A teacher instructing at a Sundara workshop | Photo: Sundara

The experience working abroad made Erin confront her privilege. “In the first three weeks [of being in Mumbai] I wanted to go home - being surrounded by that sort of destitution was overwhelming and I felt like I should run away.” She recalls, “I remember crying on the phone to my Mom, begging her to send me a plane ticket back. She refused, telling me I was there for a reason. I’m so glad I stayed because I had this realization that instead of feeling paralyzed by guilt, I wanted to use my privilege to serve people… and I decided I wanted to dedicate my life to non-profits.”

With a newfound purpose, Erin became increasingly interested in child trafficking. After graduating from college, Erin moved to Bangkok and began working with the organization ECPAT International – a global network of organizations and individuals acting together in the elimination of the trafficking of children. From there, Erin began doing on-the-ground work between the border of Thailand and Myanmar. At the time, Erin recounts, “I felt unwanted [in my work]. It’s a very complex issue [child trafficking] and many governments and people, even parents are compliant about it. Mothers would ask me, ‘What do I (personally) know about poverty?’ And I thought, ‘Oh man...they’re right. I really don’t know.’”

Amidst disillusionment, Erin had an epiphany. One day, after using the restroom in a local school, Erin realized that despite the clean, running water, there wasn’t soap to wash her hands. “I thought it was so strange,” she says. “I brought a group of children around me, and my translator asked them, ‘Where is the soap?’. The kid’s response – “What’s soap?” Erin and her translator made several attempts to communicate what they were asking – but it became clear to Erin that the children were unfamiliar with soap and its uses. Following, Erin went to the next town over, and purchased bars of soap for the school children. When she came back, the kids, some as old as thirteen, seemed to have no idea what soap was. “Some were scratching at it,” she remembers.

A young member of a Sundara workshop | Photo: Sundara

This was the light-bulb moment for Erin. “Before,” recalls Erin, “I knew that the world was unfair, but didn’t really know what to do about it… I don’t have a PhD. I don’t have connections at the UN. But soap is just so simple. I found something small and basic that I could finally do something about.”

Erin’s revelation might sound uncomplicated, but that’s why it’s so innovative – soap is a cheap method of preventing disease. While many Westerners don’t think about basic amenities like hygiene products, soap is not part of daily life for all people. Digging deeper into the research, Erin discovered that according to a study by Unilever, an estimated 70 million people in India alone go without soap. Additionally, two million children die in the developing world early year of preventable hygiene related causes – illnesses like diarrhea and pneumonia. Compelled by this fact, Erin took action.

“I started telling all of my friends about how people didn’t have soap, and no one really cared…I think I got labeled as the ‘crazy soap lady’. Talking wasn’t enough so I decided to begin raising money for the school in Thailand to make sure they had enough soap for a year,” recalls Erin.

Wanting to do something tangible, Erin began making her own soap in the kitchen of her New York apartment to raise funds. The Huffington Post picked up the story – and demand for her product grew. With a laugh Erin says, “It got much bigger than I ever thought it would… and I realized that making soap in my apartment and sending it to a school wasn’t a sustainable model.”

Thinking bigger, Erin expanded her operations. She began contacting local, four-and-five star hotels in India to donate bar soap (a lengthy process that took a lot of leg-work and asking EVERYONE she knew with connections in the region) and began training underprivileged women in soap recycling. From her vision, her nonprofit, Sundara was born. Now, soap production has expanded to nearly thirty schools and orphanages, providing soap, as well as hygiene classes, to underprivileged children.

Erin recognizes there are cultural barriers and a learning curve to running a business, but she has a great attitude. “It’s difficult at times – for many of these women, it’s their first job. So, learning about public speaking and showing-up on time everyday is part of the process. It’s been insanely challenging, but so rewarding in giving dignified opportunities to women. Some of these women are in their 30s and it’s the first job they’ve ever held in their lives.” What’s so charming about conversing with Erin is that she is the first to admit, “I am the last person who would have started a company! I am shy and reserved, completely unorganized and definitely not type-A! Plus I think I’m the least competitive person you might ever meet.” But she continues, “With passion, and deciding you won’t quit, you’ll be surprised at far you can go… I have had so many failures, so many times where I’m THIS close to giving up, but I haven’t quit. If you keep going, and keep trying it’s only a matter of time before you’ll find success.”

Erin’s tenacity and resilience have helped Sundara thrive. Since its founding in 2013, Sundara has worked to become an agency that helps create organizations that are equal parts sustainable infrastructure and community led hygiene education – a combination that is proven to empower both children and caretakers and incentivize them to take their health into their own hands.

Erin ends our interview on a communal note. “One promise I made to myself is that I would always try to support anyone who asks me for help. My success has come from the people who have taken my vision seriously. This path of doing your own thing can be very lonely and isolating and the beginning is the hardest, yet we need to be there to support one another – we need to be together in making this world better. I am always willing to talk to anyone who needs advice or wants a sounding board.”

Erin, who is only twenty-five, embodies a change agent. Her passion, dedication, and creativity have helped her to achieve her massive success in campaigning against disease through the use of soap. While she confesses that “without a doubt there are days when I feel like a failure and everything is going wrong,” ultimately her passion, and belief in the mission of Sundara buoy her through challenging times. “I am still learning,” she says, “but I won’t give up.”

For those moments when I question my ability to create change, Erin is the perfect role-model. Success comes from failures, and believing in the work you are committing yourself towards. Do you know of projects, people, or organizations that you believe are making waves in international development? Let me know in the comments section!