These men have big bikes and even bigger hearts. 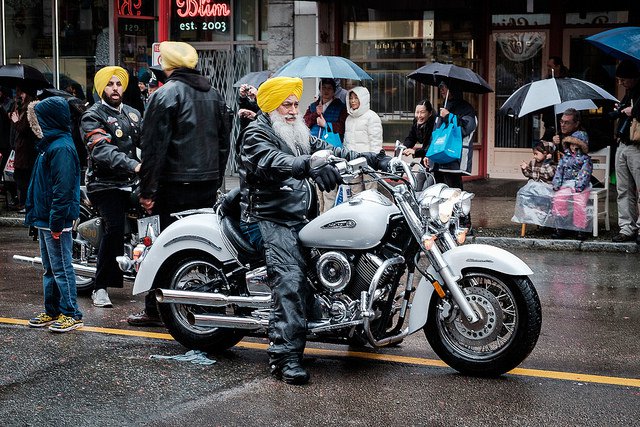 Twenty-four people with leather jackets and a common goal recently mounted their motorcycles and rode across Canada in an effort to raise money and awareness for pediatric cancer.

The Sikh Motorcycle Club pulled into Surrey Sunday night after their two-week long journey in the fight against cancer. On a total of 13 bikes, the members rode 12,000 kilometers (about 7,456 miles) through British Columbia, Alberta, Manitoba, Ontario, Quebec, and Montreal.

Click here to watch a video of their arrival.

Far surpassing their its goal of $60,000, the group has raised more than $100,000 that will be donated to the Canadian Cancer Society. The ride was in partnership with the Canadian Cancer Foundation, and all funds raised will be put toward research and prevention for pediatric cancer.

The bikers met community members and were warmly welcomed by all. They even appeared on local TV and radio stations to update share their stories from the journey with others.

"Every city they went to the Sikh community, the non-Sikh communities, everyone was cooperative of them," said club founder Harjinder Singh Thind.

The journey was a safe and successful one, for the most part. Along the way, the group hit a patch of severe weather, including hail and thunder. This served as encouragement for the riders, though.

"We thought about those kids that are in need that need that money and so that gave us energy and we kept fighting through it," said rider Charnjit Dhadda. "A lot of guys were sticking their thumbs up, clapping, even, when it was raining. So that was a big boost."

In addition to cancer awareness, the Sikh riders had another goal: to bring the community together. And through their passion and commitment to the cause, Thind believes they accomplished this goal.