A Man Wants to Drag an Iceberg to the Middle East, Because Climate Change

Abdullah Alshehi has a gargantuan idea. 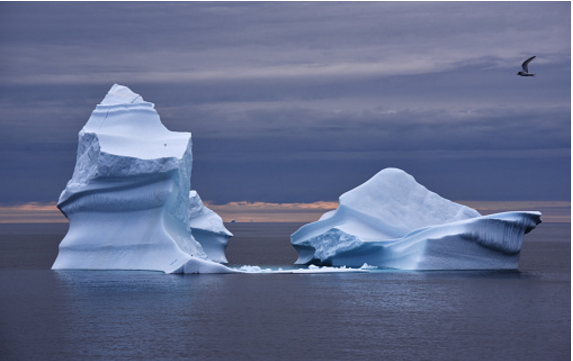 But one man has an “insane” idea to balance out the effects of climate change when it comes to melting glaciers. And it’s not a scientific method or new-age technology.

Abdullah Alshehi wants to drag icebergs from Antarctica to the Middle East for environmental reasons.

Alshehi is the the founder of National Advisor Bureau Limited, a creative consulting company that plans to transport the 20 billion gallons of frozen water locked in one floating iceberg back to the company’s base in the Fujairah, United Arab Emirates, and use it as a freshwater resource.

According to Alshehi’s UAE Iceberg Project proposal, one iceberg is enough to provide fresh drinking water for one million people for a course of five years.

“It’s a huge quantity we’re talking about. Unfortunately, due to what’s happening from global warming, many icebergs are disintegrating in Antarctica. Once they disintegrate, they float in the ocean and they melt, wasting billions of gallons of the water resources of the Earth,” Alshehi told Fast Company.

Glaciers store up to 75% of the world’s freshwater according to the National Snow and Ice Data Center. Icebergs form  when a large chunk of ice from a glacier or ice shelf breaks off into the ocean, where they then melt and become part of the ocean’s saltwater. But before they melt, icebergs can be as large as 50 miles wide and a tempting untapped source of fresh water.

The UAE currently relies primarily on groundwater and desalination, an energy-intensive and costly process for turning saltwater into fresh drinking water for the country’s 9 million people. Alshehi’s proposal could add another source.

Read More: Is Desalination the Answer to Water Shortages?

How would Alshehi and his company tow an iceberg from Antarctica to the UAE?

Their plan is to use satellite images to map out and pick an iceberg, cover the chosen iceberg in insulated material to keep it from melting, then transport the ice via barge 6,213 miles (10,000 kilometers) according to Alshehi.

Once the iceberg reaches the UAE, Alshehi’s team plans to crush the massive mountain of ice into smaller pieces and store those in water tanks to bring fresh water to the Persian Gulf.

Alshehi and officials working on the project declined to comment on the cost of the project, according to Gulf News.

In even grander plans, Alshehi told Fast Company that he believes the iceberg could create a microclimate that could help bring rain and vegetation back to Ar Rub' al Khali, known as the Empty Quarter, the largest all-sand desert in the world.

The Empty Quarter spans 255,000 square miles touching Saudi Arabia, Oman, Yemen, and the United Arab Emirates. It was once a lush region used for trade, but desertification has left the region arid for over 2,000 years according to European Space Agency.

“The ambition is to fill it with greenery as it used to be thousands of years ago,” Alshehi told Fast Company. “The iceberg will be one source of water to reach that goal.”

Currently, Alshehi is in the stage of getting investors interested in his proposal. He hopes to begin the towing process, which could take a year per iceberg, in 2018 he told Fast Company.

“Our simulator predicts that it will take up to one year [to tow an iceberg to UAE]. We have formulated the technical and financial plan. Towing is the best method. We will start the project in beginning of 2018,” Alshehi told Gulf News. “We want it mainly for the water. It could also be good for tourism and the weather.”

According to News Hub New Zealand, the project may bring up questions as to who owns ice in Antarctica as the UAE currently does not have any claims on glacial territory in the region.

And while others have theoreticized that icebergs could be shipped to water scarce regions, no one has successfully done it. Some Canadian oil companies do move icebergs short distances to protect oil platforms, according to a chronicled list of attempts by the Atlantic, but Alshehi could be the first to accomplish this great a feat at this type of distance.

“I’m not sure this technology could be applied to larger icebergs,” Aleksey Marchenko, a professor in ice mechanics at the University Center in Svalbard told Fast Company.

While his plan may seem impossible, when it comes to combatting climate change there’s no dream to big or small to help save the planet.