Global Citizen’s She Is Equal campaign is set to affect the lives of 20 million women and girls.

This week marked the one-year anniversary of the #MeToo movement — and it also, appropriately so, marked the launch of Global Citizen’s She Is Equal campaign in Canada.

On Oct. 11, Global Citizen, supported by the Canadian Partnerships for Women and Children’s Health (CanWaCH) and the Women Deliver 2019 Mobilization Canada, hosted Global Citizen Unplugged: She Is Equal at L’Astral in Montreal, Quebec.

She Is Equal is a Global Citizen campaign that aims to galvanize citizens around the world to take a stand for women’s health, equality, and empowerment.

Through the end of 2018, Global Citizen will seek to secure commitments and announcements valued at USD$500 million, set to impact the lives of 20 million women and girls worldwide through improved women’s health and reproductive rights, economic empowerment, education, access to water, sanitation, and hygiene, and by tackling gender discrimination, hunger, and malnutrition.

In Canada, Global Citzen will host events across the country to shed light on these issues and this campaign in the lead up to the Women Deliver conference in Vancouver in June 2019.

Julie Savard-Shaw from the Women Deliver Mobilization Canada took part in the event to highlight the need to mobilize in the lead up to the Women Deliver conference and showcased Canada's previous leadership in health by showing a video from CanWaCH. Monique Vledder from the Global Financing Facility also spoke about the need for Canadian leadership in supporting women and girls’ health around the world.

Global Citizen uses the power of music to motivate, inspire, and rally passionate advocates, and this event was no different. The evening kicked off with an incredible performance of Leonard Cohen’s "Hallelujah" by the Montreal-based feminist choir Choeur Maha. 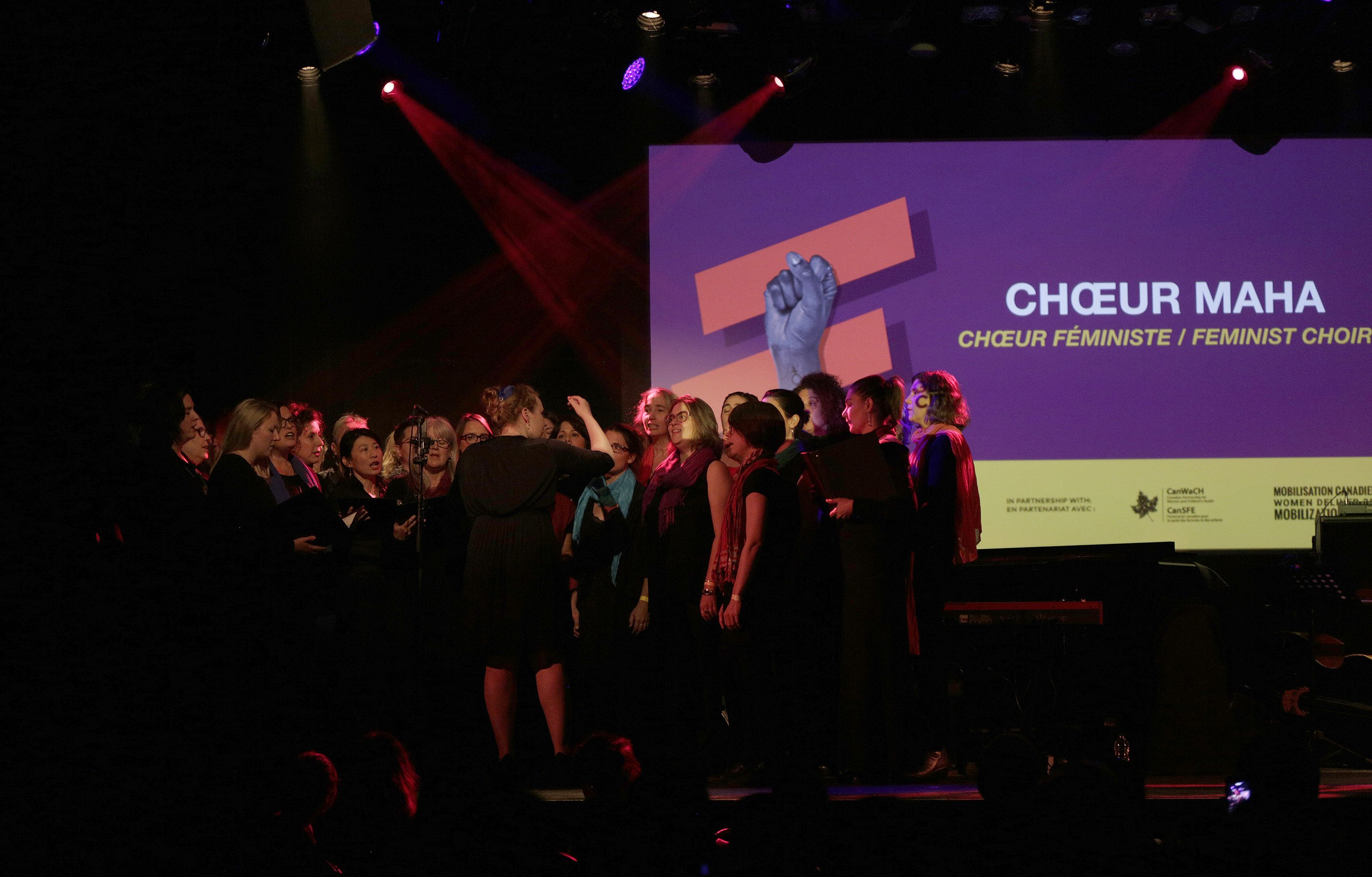 Host Catherine Verdon Diamond of Breakfast Television not only acted as host and interviewer, but also shared personal stories of sexual assault. The evening convened changemakers, leaders, and artists who are passionate about gender equality and women’s and girls’ health in Canada and around the world for inspiring conversation and performances in both French and English. 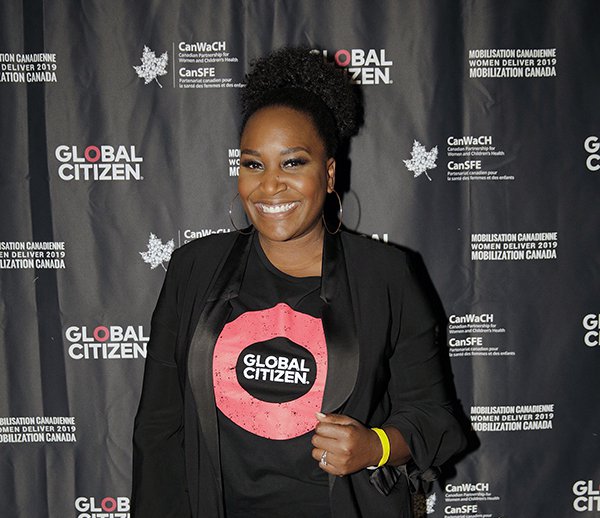 The event featured author and filmmaker Léa Clermont-Dion, who spoke passionately and honestly about the need to do more for women’s rights in today's world. Despite the year of #MeToo, Clermont-Dion pointed out that so much more needs to be done: women need to be believed, men need to be held accountable, and we all need to be each others’ allies. 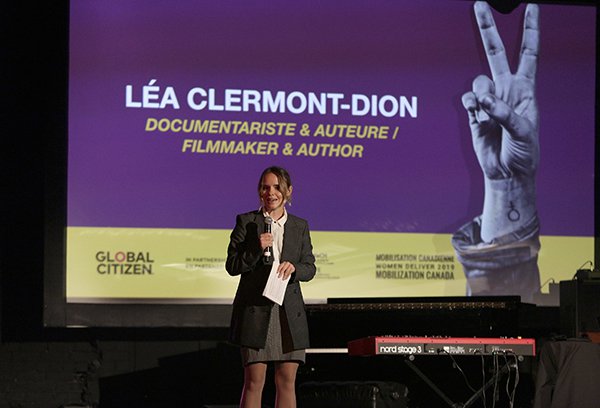 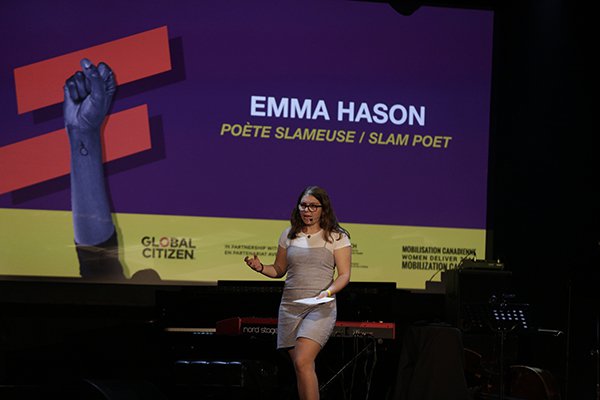 Olympic medallist Joannie Rochette was joined on stage by Verdon Diamond for a great conversation around women in sports, Rochette’s travels to Ghana and what she learned about girls there, as well as her experience in med school and Canadian health care. 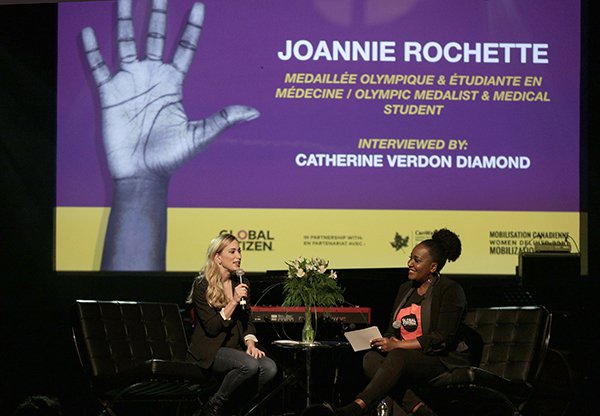 Rachel Kidell-Monroe, international board member for Médecins Sans Frontières, delivered a passionate talk about her work with women in various refugee settings and inspired the room by telling stories of how regular people, like Global Citizens, can act and bring about change. 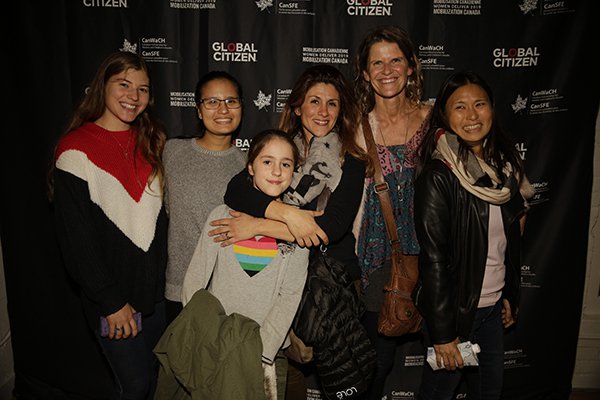 Francoise Girard, president of the International Women's Health Coalition, brought the crowd to Northern Cameroon when she told a story about Danedjo, a young woman from Maroua, who escaped child marriage and founded the Association for the Promotion of Autonomy and the Rights of Young Girls and Women. 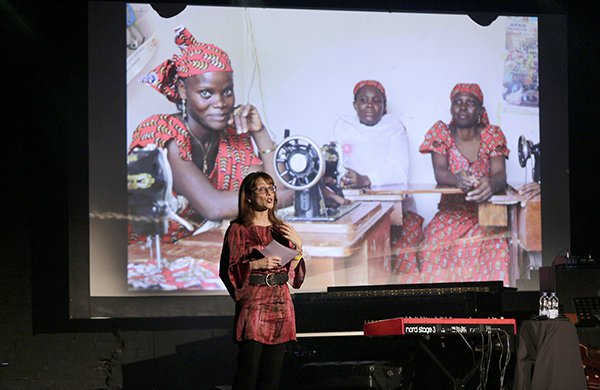 The final performance of the night was recording artist Nikki Yanofsky, whose setlist included her new single "Big Mouth," a song that she wrote while watching a women’s march. 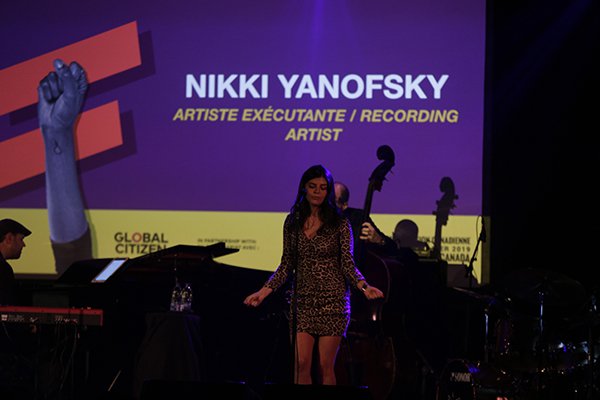 This event was just the beginning. Join Global Citizen in the fight towards achieving gender equality and help us ensure that She Is Equal.