It wants to transform energy production and waste management.

Why Global Citizens Should Care
Climate change is intensifying around the world and greenhouse gas emissions are only rising. To avert environmental catastrophe, sustainable fuel has to be developed and made widely available. You can join us in taking action on this issue here.

For years, scientists have been searching for environmentally friendly alternatives to fossil fuels.

Corn has been converted into ethanol, algae has been turned into biohydrogen, and vegetable and animal fats have been transformed into biodiesel. But nothing has really made a dent in the dominance of coal and oil.

Now, a company in Spain called Ingelia is leveraging waste to make perhaps the most sustainable alternative fuel yet, according to Business Insider.

Ingelia turns sewage, compost, and other forms of human-produced waste into a material called “biochar” that generates energy similar to coal, while emitting no carbon dioxide and very little greenhouse gas emissions overall.

Since CO2 is the primary greenhouse gas heating the planet and driving climate change, any fuel source that dispenses with it as a byproduct can play a key role in protecting the planet.

In its latest report on climate change, the UN said that “rapid, far-reaching, and unprecedented changes in all aspects of society” are needed to avert catastrophic consequences.

While Ingelia’s biochar won’t suddenly replace the world’s use of fossil fuels, it could help to spur a faster transition to renewable energy at a time when greenhouse gases are only rising.

Ingelia develops biochar through a process called thermochemical conversion that first heats waste to high temperatures so that it dehydrates. Next, the company siphons off the humid matter of substances like carbon, nitrogen, sulfur, and chlorine, according to Business Insider.

The ensuing product is a block known as “biochar” that can be burned in the same way as coal. 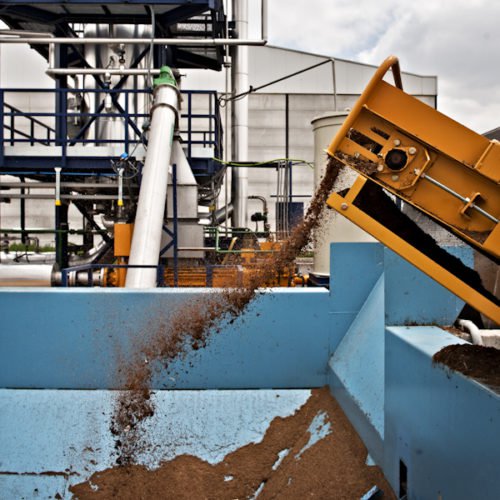 Ingelia’s CEO Marisa Hernández aspires to transform both waste management and energy production systems around the world with her company’s method.

Globally, 11.2 billion tons of solid waste are collected by countries each year and solid waste production is expected to increase by 70% in cities by 2050.

In low-income countries, meanwhile, more than 90% of solid waste is dumped in unregulated areas or burned in the open. Both methods can severely pollute the environment.

In countries with more regulated systems of waste management, landfills consume immense amounts of land and lead to environmental contamination.

Most of this waste could theoretically be diverted into plants that could convert it into biochar. For that to happen, infrastructure would have to be set up around the world.

So far, Ingelia is operating in Spain, the United Kingdom, and Italy, and wants to capture 3% of the the European Union’s waste management market in the near future, according to Business Insider.

"With our process, by 2022 we'd be able to replace 220,000 tons of coal per year and avoid the emission of half a million tons of CO2 into the atmosphere," Hernández, the CEO, told Business Insider.