“Autism is not one thing, because it is different for every single person who has autism.” 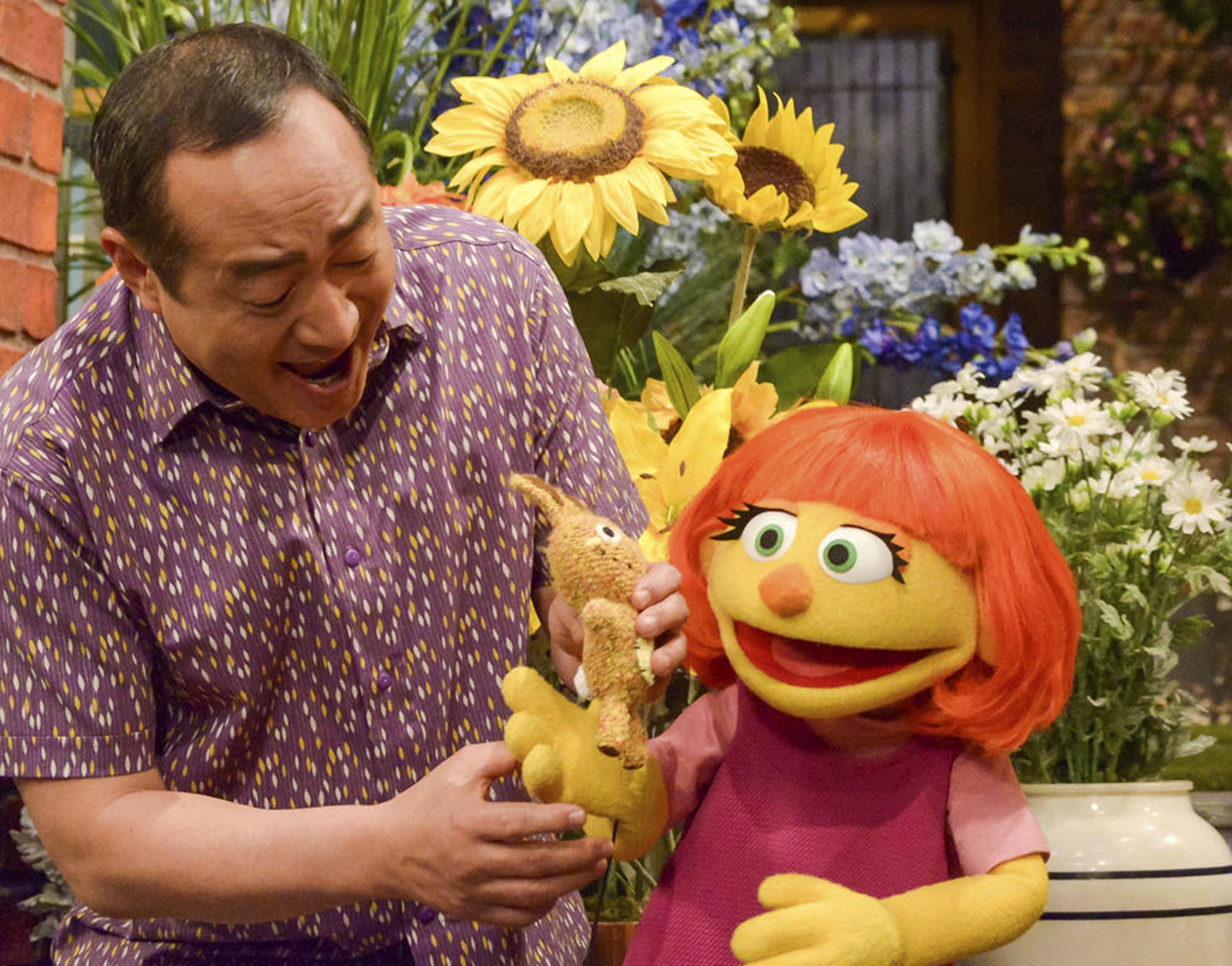 From its start in 1969, Sesame Street has been promoting diversity, compassion, and curiosity. Its characters come in all shapes, sizes, and colors and are designed to teach children that it’s OK to be different.

“Sesame Street was probably the first endeavor of its kind to deliberately celebrate racial and socioeconomic diversity,” according to a profile in The Atlantic.

Now the show is expanding its cast once again to make sure the Sesame Street crew is as inclusive as possible.

Starting in April, Julia will join the cast, a girl with red hair and a toy rabbit who has autism. Right away, the show will bring her condition into the open by demonstrating a few common traits of autism.

Big Bird will meet Julia and be ignored. After he says his feelings are hurt, someone will explain that Julia meant nothing by her behavior, it’s just that she acts a little differently.

Read More: 4 ‘Sesame Street’ Muppets You Didn’t Know Were Out to Save the World

She’ll begin jumping excitedly when she sees other muppets playing tag and the muppets will adapt the game to accommodate this behavior, rather than be confused and stop playing.

"The big discussion right at the start was, 'How do we do this? How do we talk about autism?'" Christine Ferraro, a writer on Sesame Street, told “60 Minutes.”

"It's tricky because autism is not one thing, because it is different for every single person who has autism,” she said.

The puppeteer handling Julia, Stacey Gordon, has a son who’s autistic and she’s excited that show is addressing the subject.

"Had my son's friends been exposed to his behaviors through something that they had seen on TV before they experienced them in the classroom, they might not have been frightened," she told “60 Minutes.”

"They might not have been worried when he cried,” she said. “They would have known that he plays in a different way, and that that's OK."

Autism is increasingly common in the US — one in 68 children are born with the condition — and yet misconceptions and stigmas surround the condition.

Autism exists on a spectrum and manifests itself differently in each person.

There are three main types of autism. Autistic Disorder can create substantial language, social, and communication problems and generally involves intellectual disability. Asperger Syndrome is marked by milder symptoms and unusual behaviors and interests, but generally do not have intellectual issues. Pervasive Developmental Disorder usually entails only minor challenges.

Some of the most common misconceptions about autism are that autistic people do not experience emotions, they don’t want friends, and they will just grow out of their behaviors.

Sesame Street will be able to address and debunk all of these misconceptions just by showing Julia in normal situations.

Pop culture rarely, if ever, depicts autistic people. Oftentimes, media representations are skewed and sensationalized. For example, many people regard Dustin Hoffman’s savant character in the movie “Rainman” as an archetype.

Julia will just be a normal kid with autism — complex, interesting, and just as human as everyone else.