Climate change is causing algae to thrive, but harming other marine life. 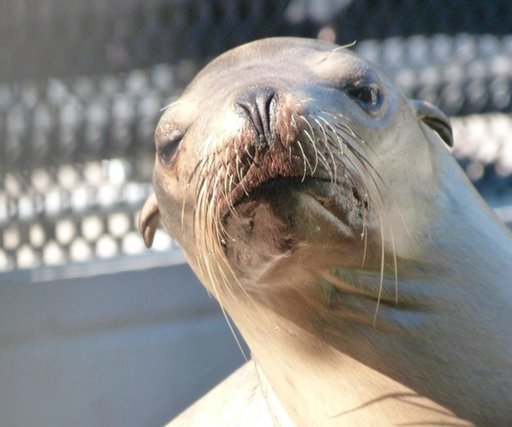 A record number of sea lions in California are being poisoned by toxic algae blooms thriving in the water.

The Marine Mammal Center in Sausalito, California has taken in 70 sea lions with domoic acid poisoning since July — the same number it saw in all of 2016. The increase is a sign that the seals are being exposed to something abnormal in their environments, according to scientists there.

Domoic acid poisoning occurs when sea lions ingest an algae that is toxic to them, an algae that has bloomed in recent years due to a combination of industrial and agricultural runoff and warming water temperatures, according to experts.

And while sea lions don’t typically eat algae, they do eat fish like sardines and anchovies that feed on the algae. Once sea lions ingest it, they become ill, according to doctors at the Marine Mammal Center.

The algae blooms feed on nitrogen, which has increased in rivers and coastal waters due to runoff.

89 marine mammals suffering from domoic acid have been admitted to our hospital this year. 82% of them rescued in the last month alone! pic.twitter.com/ATCBA6AQU7

Read more: How Seals With Sensors Are Tracking Climate Change

As algal blooms decay, they sink and steal oxygen supplies from fish and other creatures around them. This phenomenon has created a massive dead zone in the Gulf of Mexico, suffocating sea creatures across an area of about 8,000 square miles according to the National Oceanic and Atmospheric Administration.

Experts have never seen a dead zone as big as the one in the Gulf of Mexico right now. pic.twitter.com/6BWagGmYNS

The particular algal blooms affecting California waters right now contains domoic acid and can cause severe or permanent brain damage in sea lions, and can also harm humans. Survival rates for sea lions with domoic acid poisoning are around 50%.

Bee has domoic acid. Exposure to the biotoxin affects the brain, causing her to be lethargic and have seizures https://t.co/1HIIhyXu34pic.twitter.com/7e6LURxljo

Right now, the problem is primarily occurring around California’s central coast, but scientists predict heavy storms and higher rainfall associated with climate change are likely to wash more nitrogen into water supplies, providing algae with more fodder. Warmer temperatures due to climate change will also encourage the algae to keep growing and move north along the coast, meaning these sea lions may not be the only ones affected for long.

And since sea lions eat many of the same kinds of fish humans do, their illness could be foreshadowing.

Clams and mussels also feed on the toxic algae and may become contaminated. People who eat shellfish contaminated with domoic acid may be susceptible to Amnesic Shellfish Poisoning.