From climate change to public health, Nicola Sturgeon's got this covered. 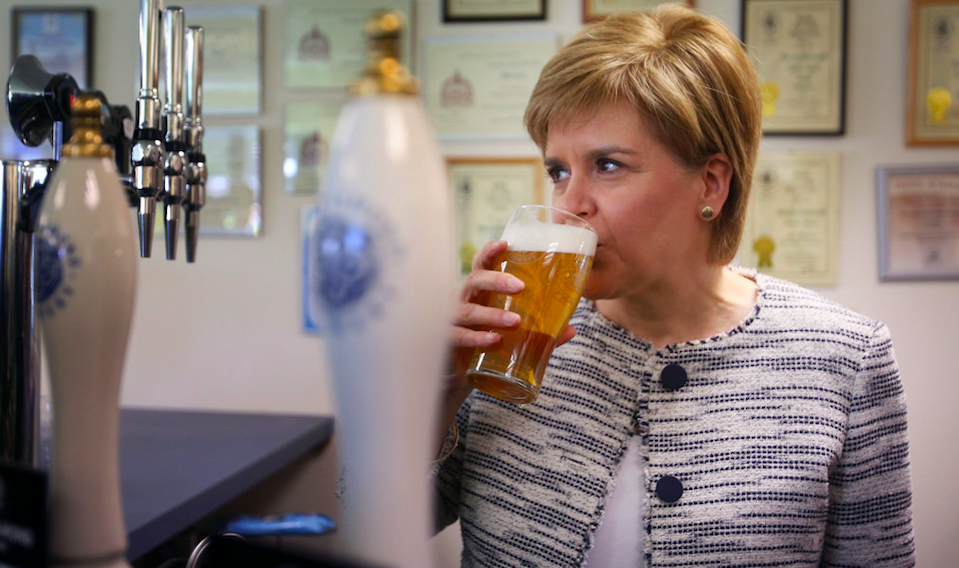 Scotland’s First Minister Nicola Sturgeon has announced a series of “fresh, bold” ambitions for the country, as politicians returned from their summer holidays.

The SNP leader described the plan as "controversial" as she laid it out on Tuesday, but said controversy is necessary to “make our country the best place in the world.”

Sturgeon told the Scottish parliament that it’s time to “refocus our efforts and refresh our agenda” after a decade in power.

Read more: This Scottish Professor Has Launched a Network to Tackle the Loneliness of Being a Woman at the Top in Science

“We live in a time of unprecedented global challenge and change,” Sturgeon told the Members of the Scottish Parliament during her speech on Tuesday.

“The programme that I have set out today and the legislation is fresh, bold, and ambitious, and because of that aspects of it will undoubtedly be controversial. That is inevitable — indeed, it is necessary. No-one has ever built a better country by always taking the easy option.”

Scottish Conservative leader Ruth Davidson said her party could support some of the policies, but warned caution was necessary.

“Given what we know of this Scottish government, we will wait to see whether today’s warm words are backed up by action before making a judgement.”

Read more: 6 Amazing Things Scotland Is Doing That Other Countries Really Need to Pay Attention to

The Programme for Government includes 16 bills to address a range of issues, from climate change, to educational reform.

But here’s our top 6 points, which every Global Citizen needs to know about.

1. Phase Out Petrol and Diesel Vehicles by 2032 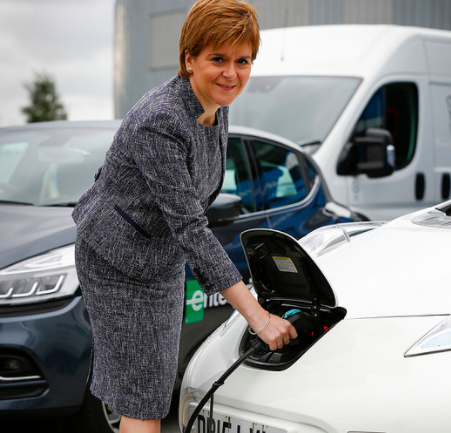 As part of a new Climate Change Bill, to set out “even more ambitious” targets for reducing greenhouse gas emissions, Sturgeon announced a plan to phase out petrol and diesel vehicles by 2032.

That’s eight years earlier than the 2040 deadline that the rest of the UK is aiming for.

The plan would fast-track a “massive” expansion in electric charging points, with pilot projects set up to encourage people to move to electric vehicles.

The aim would be to make Scotland’s A9 road the country’s first fully electric-enabled road.

Global Citizen campaigns to achieve the Global Goals, and goal No.3 is for good health and well-being, so this is an issue close to our hearts.

Sturgeon has pledged to make Scotland healthier, with action on air quality, increased investment in active travel, and measures to restrict the advertising of fatty and sugary food and drinks.

You can take action for better public health across the world here.

3. Automatic Pardons for Those Convicted of Homosexual Offences 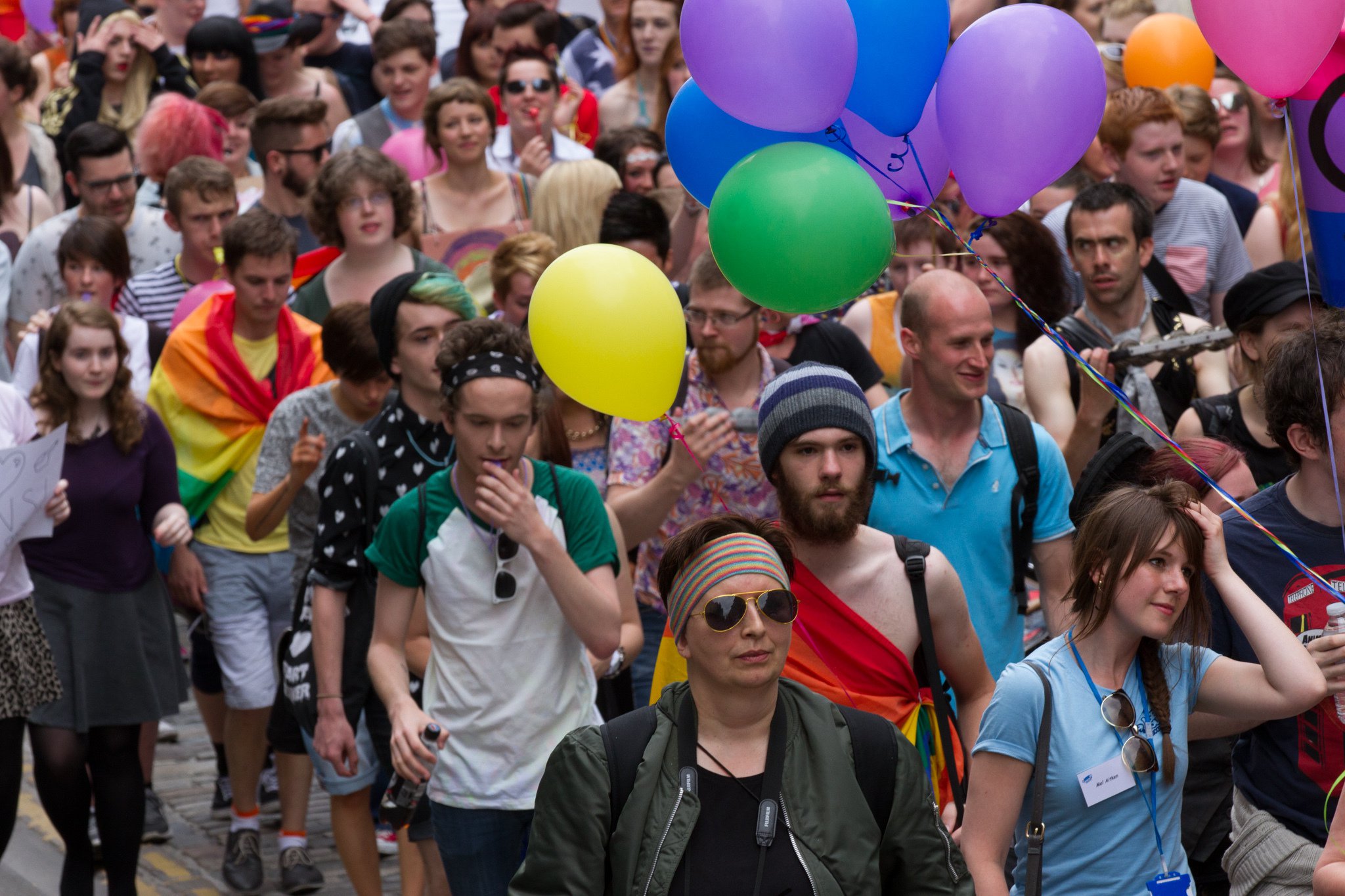 Scotland will be joining England and Wales in pardoning those convicted of same-sex offences, when homosexuality was still a crime.

It’s expected that up to 5,000 men, both living and dead, could be pardoned by Scotland’s introduction of the so-called “Turing law” — named after World War Two code-breaker Alan Turing, who was pardoned in 2013.

The news emerged on Friday that Sturgeon was expected to announce the bill this week.

Read more: A Very Serious Guide to All the Important People in British Politics Now They’re Back From Holiday

4. A Scheme to Cut Down on Plastic Pollution

Sturgeon laid out plans for a deposit return scheme for bottles and cans to tackle waste and littering, which leads to plastic pollution both on land and in the ocean.

Customers would pay a surcharge when buying their drink, which would then be refunded when they give the can or bottle back.

The government has been working with Zero Waste Scotland to create the scheme, by reviewing similar ones already in place in Sweden, Denmark, and Norway.

Environmentalists and activists are pretty thrilled.

“Governments are waking up to the frightening scale of ocean plastic pollution and it’s brilliant to see Scotland leading the way in helping to tackle it,” Willie Mackenzie, Greenpeace’s oceans expert, told the Guardian.

“Today’s announcement by the first minister is a massive step in stopping plastic pollution, and the result of tireless campaigning by many groups and individuals.”

He added: “Hopefully it won’t be too long before the rest of the UK follows suit.”

Global Citizen campaigns to achieve the Global Goals, including No.14 for Life Below Water, and No.15 for Life on Land. You can take action with us here.

The Scottish government will be improving the country’s education system, with Sturgeon saying that her number one priority is to close the attainment gap between the wealthiest and the poorest pupils.

An Education Bill would be the centrepiece of the legislative programme for the year ahead, reported the BBC.

It will “reform the way teachers are recruited and educated throughout their careers” said Sturgeon, with “new routes into teaching to attract the highest-quality graduates into priority areas and subjects.”

She said the time was right to “open a discussion about how responsible and progressive use” of Holyrood’s new tax powers could “help build the kind of country we want to be.”

This is reported to include support for key business sectors including low carbon, manufacturing, and financial technology.