With a population of approximately 21 million people, Lagos is a vibrant and energetic city: a melting pot of various Nigerian tribes and foreigners all looking to thrive and succeed in Africa’s leading city.

But in all its beauty and chaos, Lagos like many other places in the world is suffering from what you might call a ‘rape epidemic.’ The megacity has the largest cases of sexual violence in Nigeria and the Lagos state government has recorded over 14000 cases of sexual and domestic violence over an 8 year period.

Yet with so many cases of sexual assault, there is an outstandingly poor record of convicting sexual assault and rape, with only roughly 10% of cases resulting in convictions.

Why are sexual assault and rape so rampant in our societies? And why are these crimes so difficult to prosecute? 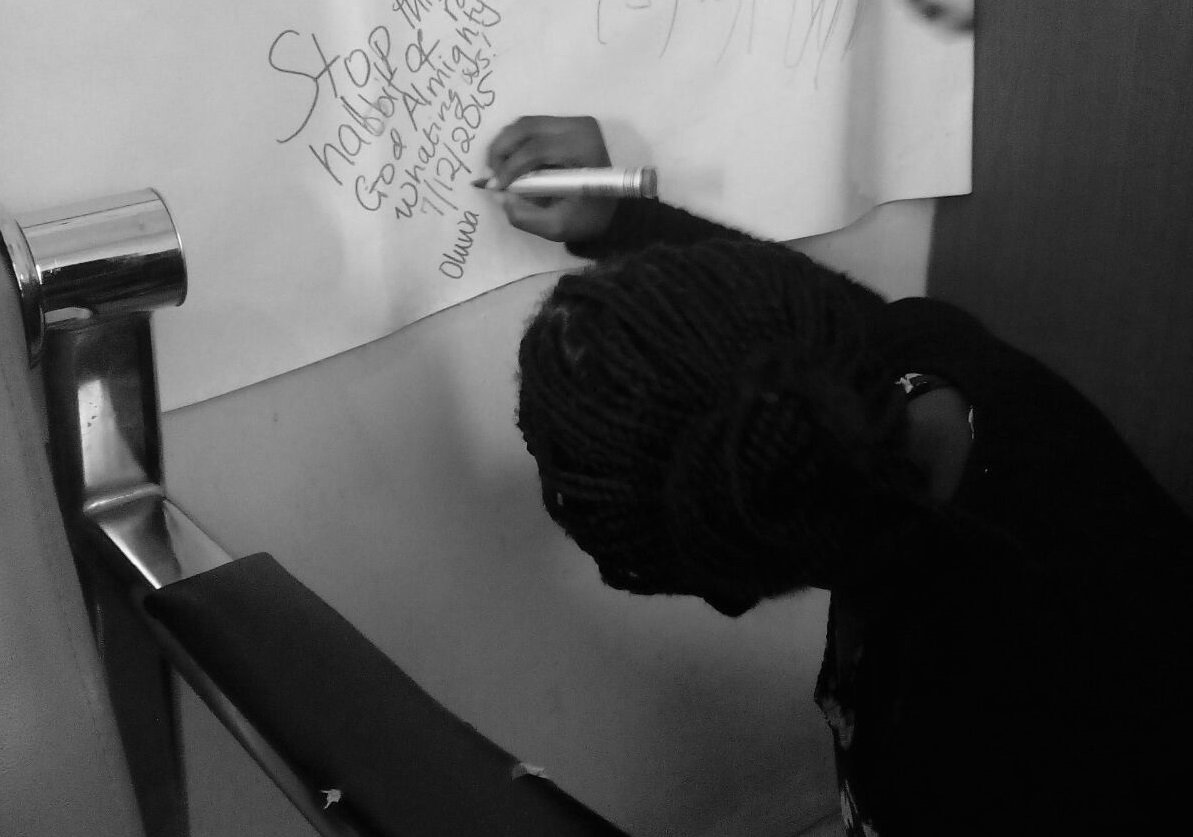 Rape survivors are often blamed and ostracized from their communities; this demotivates them from speaking out and seeking justice. In Nigeria, as in many other parts of the world, the questions “what was she wearing?" or  “what was she doing there in the first place?” are all too common. It seems much of the blame is always given to women and girls.

Rapists and sexual offenders usually resort to threats against victims as many of them make bail if arrested.  Their family members and the traditional leaders in their communities often try to blackmail or bribe assault victims. And with police inefficiency as rampant as ever, police officers have been known to give out information on victims to family members of sexual offenders. This lack of privacy and support from their communities is crippling and prevents survivors from believing justice is possible.

With nowhere to turn, they are forced to keep quiet. But this all began to change in 2013 when the Mirabel Centre, the first Sexual Assault Response Team in Lagos, opened its doors. Almost 3 years on, the Mirabel Centre has attended to over 1,250 sexual assault survivors (including 30 men), ranging from 10 months to 70 years old. However, the centre has not seen up to 10 cases result in convictions, that’s less than a 1% conviction rate.

Over 80 per cent of the survivors are minors, below the age of 18. I attended a fundraising event held by the centre and sat beside a young girl, barely a teenager, suffering from a condition called VVF. VVF can occur from violent rape and it leads to the continuous involuntary discharge of urine into the vaginal vault. At the event, her mother emotionally recounted her fight for justice, the resistance she had faced from her community and how she had lost many jobs as she tried to seek justice and also take care of her daughter. 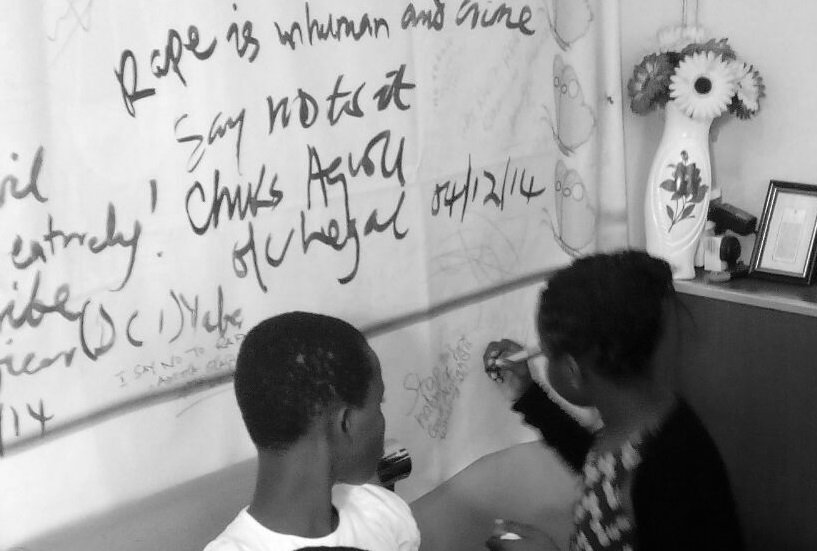 The Mirabel centre, a project of Partnership for Justice where rape and sexual assault victims can access free forensic medical & counselling services, was initially funded by DFID. However, funding came to an end last year and the centre has been running on donations (through a Go Fund Me page, about $12,000 USD was raised,) but this was only enough to keep the centre open for an additional month (January 2016). The centre sees an average of 5 clients a day.

Located at the Lagos State University Teaching Hospital, the centre has been described as “a long, dimly lit corridor lined with tiny rooms.” The centre consists of only 2 rooms (a room for the staff to work in and an examination/ observation room) as well as a small cubicle that is used as a waiting area. 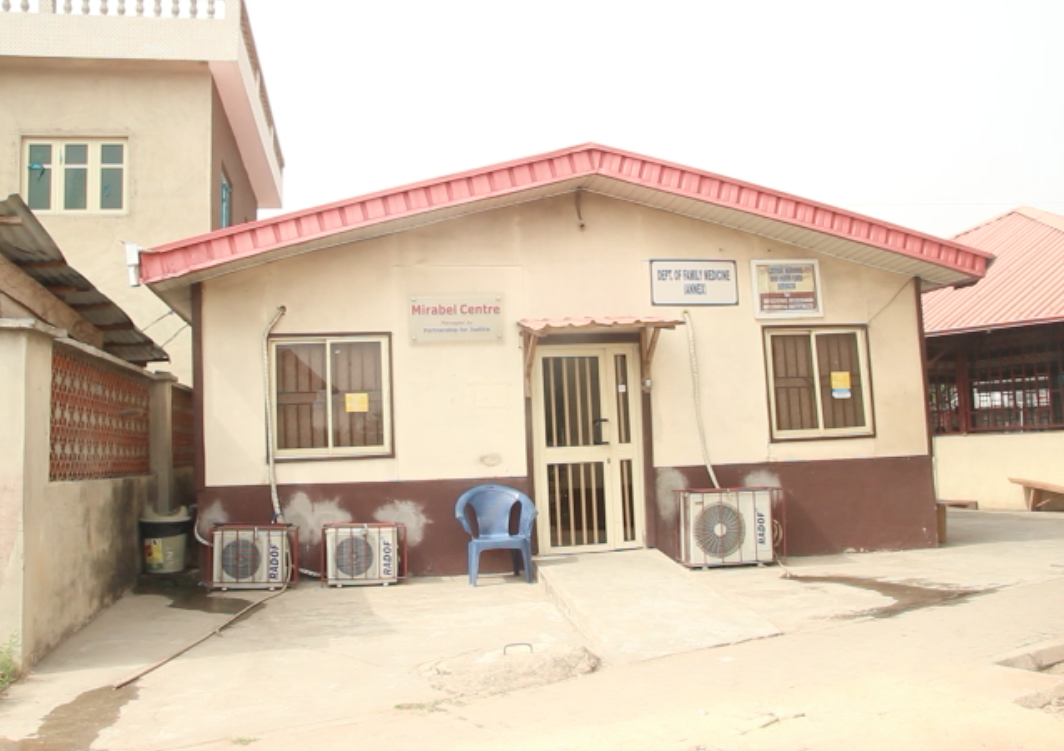 Within this cramped setting, the centre has become a safe haven for its clients. I spoke to the founder of the centre, Mrs. Itoro Eze-Anaba, about why she chose to refer to the assault survivors as clients: “Using the word client is empowering, it gives back power to the survivor and she knows everything is at her own pace.” She explained that after the events of rape and sexual assault, these survivors feel they’ve had their power stripped from them, they are no longer in control of not only their bodies but their lives. To remind them that they have the power to seek justice and also do as they wish, she uses the term ‘clients’. Even before the clients are touched by the nurses, their consent is required, again putting the power back in their hands.

Despite all this, the centre is in dire need of funding or it will have to close down by March this year. Obtaining funding from corporate and private institutions has been difficult. Many brands and corporate entities find rape and sexual assault ‘too dark a cause’ to associate with. Also, given the ratio of men to women in some boardrooms, some men just find it difficult to empathise and associate with sexual violence. To them, it’s a distant battle that doesn’t affect them. This is why the centre and others are keen to get male survivors to speak up and come forward. 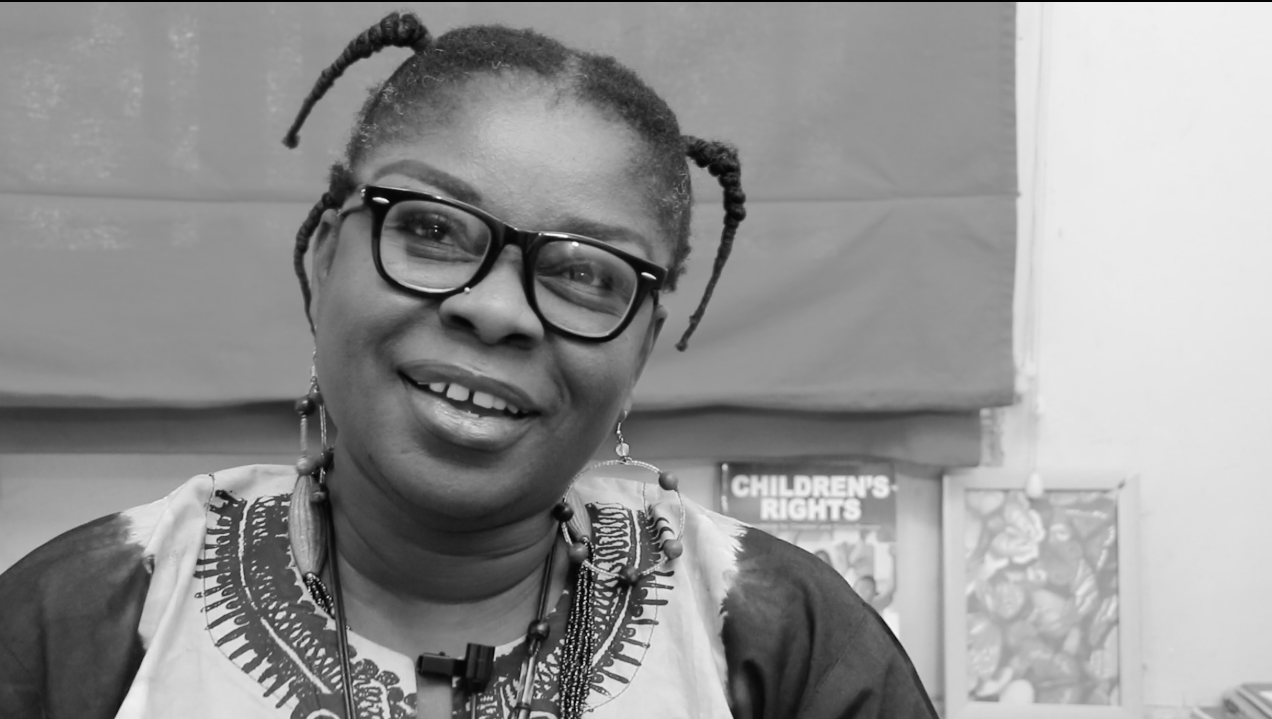 The Lagos state government has expressed its commitment to fighting sexual assault and domestic violence, launching the Lagos State Domestic and Sexual Violence Response Team (DSVRT) in 2014 as another way to tackle this. They also finally created the sexual offenders register in 2014 which contains approximately 200 names so far. It’s a start, but not nearly enough to fight a growing rape epidemic in the mega city.

I sat down with the coordinator of DSVRT, Mrs. Lola Vivour-Adeniyi to get some insight. While the numbers are alarming, she believes they show that there is an increase in the number of people coming forward to report cases of sexual assault as more Nigerians are becoming aware of rape and developing a zero-tolerance approach to it. But despite this, such crimes against women and children are still occurring. She explained that this is due to a cultural attitude towards rape and domestic violence -  people see theft and murder as real crimes but domestic and sexual violence as lesser crimes.

The only way to change this is to support organisations like the Mirabel Centre, whilst encouraging survivors to seek justice through to the finish line and increasing the number of prosecutions. I asked Mrs Vivour-Adeniyi what would happen if the Mirabel Centre was forced to shut down. She explained that the Mirabel Centre is the only place in Lagos where forensic evidence is preserved, and is therefore crucial in generating the forensic report the police need to investigate sexual crimes. The report helps corroborate the testimony of the survivor and assists the Directorate Of Public Prosecution in taking the case forward. But she also stressed the value of the emotional support the centre provides to its clients.

If this Mirabel Centre closes, it sends a message that rape and sexual assault of children and women is not a big deal. Not only would that be the wrong message, it would deny young Nigerian girls living with the physical and emotional scars from sexual violence the safe haven they truly need to heal.

#SaveMirabel: Nigeria's first rape crisis centre is on the verge of closing down