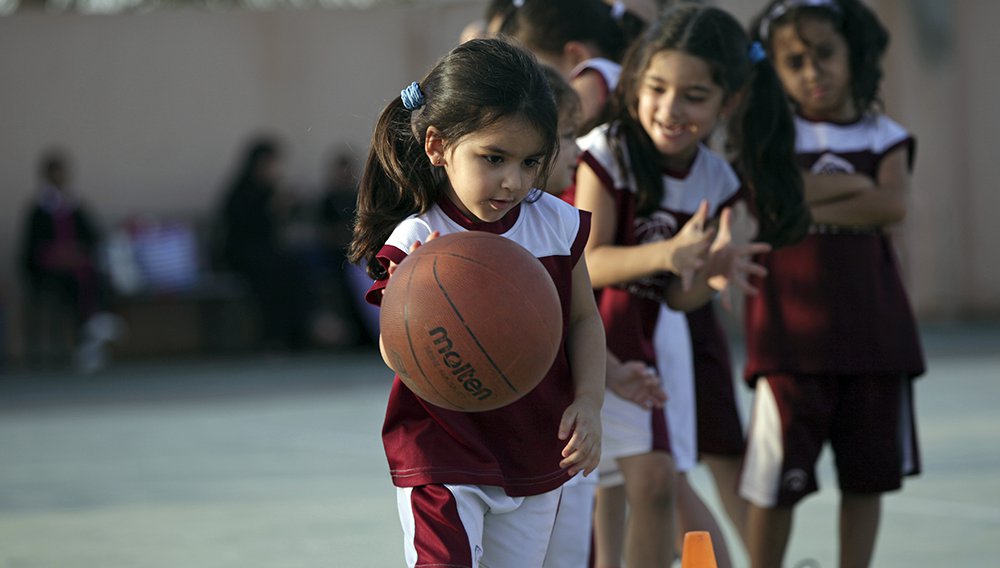 Lina Almaeena, a government representative in Saudi Arabia, has waited 10 years for the day when girls, too, can play sports in school. Today, that moment has finally come.

On Tuesday, the Saudi education ministry announced in a decree that physical education will be added to the curriculum for all girls in Saudi Arabia.

In 2014, the Shura Council, a government body in Saudi Arabia with the power to propose laws in the monarchy, approved girls physical education programs in public schools. But the council’s decision was held up by conservative Islamic clerics, who can also have sway in cultural and government decisions, and considered girls playing sports to be a sign of “Westernization,” according to Reuters.

Now, however, girls will soon be able to exercise, play basketball, and run, as early as this coming school year, which starts in mid-September.

Read More: 10 Ridiculously Sexist Laws That Have No Place in the 21st Century

A committee led by Haya bint Abdul Aziz Al-Awwad, who heads girls’ education in the education ministry, will be in charge of planning out the sports programs for girls, Arab News reports.

The committee will also coordinate training more female gym teachers throughout universities in the country, according to the Saudi Gazette.

“I hope my school opens a tennis class since the game is not only very active, it’s extremely fun to throw a ball around and test your strength,” Maymoona Sultan, a high school student in Riyadh, Saudi Arabia’s capital told Arab News.

The news comes after the country sent four women to the 2016 Olympics in Rio, more than any other year.

The efforts are part of the country’s plan to get more Saudis to exercise through the country’s “Vision 2030,” economic and social development plan.

Only 13% of the country exercises at least once a week, but the government wants to raise this number to 40% by 2030, and including girls is a major component to a healthier Saudi Arabia.

But in a country with some of the most restrictive laws and deeply embedded cultural taboos that discriminate against women, not everyone is happy about girls playing sports.

“I don’t think it’s right for a young girl to take a sports class in school, she will grow harsh and rough, which goes against her delicate nature,” a man identified as Mohammed M.S., who claims to be a father of two and banker, told Arab News.

“This decision is important, especially for public schools,” Hatoon al-Fassi, a Saudi professor of women’s history at King Saud University, told the New York Times. “It is essential that girls around the kingdom have the opportunity to build their bodies, to care for their bodies and to respect their bodies.”