Plus find out why the world needs to upgrade from “basic” toilets to sustainable ones.

This article was contributed by Kevin Rudd, Former Prime Minister of Australia and Chair of the Sanitation and Water for All partnership.

No-one wants to talk about it, but unless we start acting on it, another 7,000 kids will die this week.

The new Sustainable Development Goals provide the international community with a framework for changing the world. They grew out of a consultative process led by the countries of the world. They are ambitious. They focus on the core challenges of inequality, opportunity and sustainability.  And they also recognize the underlying reality that none of these individual challenges can be met unless we are at the same time addressing the others. Nowhere is this clearer than in water, sanitation and hygiene.

Now we have even more ambitious sanitation and water targets: we don’t just want to reduce by half the number of people without access, we want to make sure that no one misses out.  Plus, we want to do better than just “basic” toilets. We want better levels of sanitation for all, and we want to be sure that these services are sustainable.

Why does this matter? It matters because progress on sanitation, water and hygiene makes a real difference to peoples’ lives. It is the single biggest determinant of improvements in infant mortality and adult longevity.  For example, when people, particularly children, are exposed to germs as a result of open defecation, they are at a risk of contracting diarrheal disease, which is the most common cause of childhood illness and the second-leading killer disease among children worldwide.  Diarrhea and other illnesses caused by poor sanitation play a role in compromising health more broadly and can lead to a vicious cycle of infection, stunted growth, cognitive impairment, and poor immune response, preventing children from reaching their full potential.

What’s more, gender equality cannot be fully achieved when women and girls do not have proper access to sanitation and hygiene. Toilets need to be built so they are safe for women and girls. Also when a young girl cannot properly manage her menstruation, she can be forced to miss several days of school, which impacts the quality of her education and therefore her job prospects later in life. 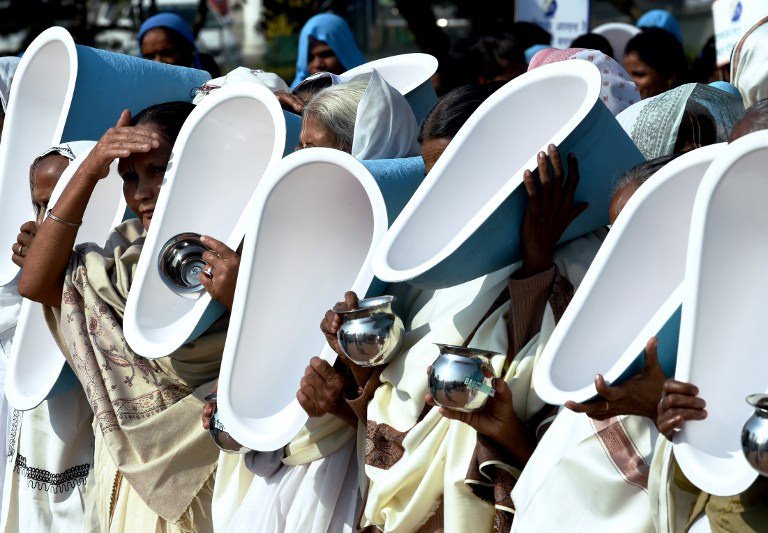 So what will it take? First and foremost, it needs national leadership. Countries are in the driving seat in finding solutions, and it’s crucial that all partners are involved and moving in the same direction. By that I mean a range of ministries across government, working with civil society, the private sector, and external support agencies including funders.

It also takes champions. President Ellen Johnson Sirleaf, of Liberia, has long been a global champion for sanitation. And His Excellency, President John Kufuor, the former President of Ghana and former President of the African Union, has long championed the cause of sanitation, water and hygiene. Until last week he was the Chair of the Sanitation and Water for All (SWA) partnership. Another champion that comes to mind is the Prime Minister of Sweden, Stefan Löfven. At this year’s Global Citizen Festival, Sweden committed to provide 60 million people with improved access to sanitation in the next 15 years. This kind of pledge is exactly what we need.

You might be wondering what you can do? Here’s my suggestion. November 19 marks World Toilet Day - a day to raise awareness about the millions of people who lack access to improved sanitation. A United-Nations-mandated day for advocacy and awareness-raising, it gives us all the opportunity to speak up on the need for sanitation to be placed at the center of the global development agenda. Lobby your politicians. Write to your newspapers. Speak on your local radios. Talk to your friends about the sanitation crisis. Plan an activity at your school or spread the word on social media. If you are in New York on World Toilet Day, join the Global Poverty Project and Global Citizen in Washington Square Park. You’ll be able to learn more about the sanitation crisis and take part in an interactive experience that will give you a better insight into what it is like for the almost 1 billion people who are forced to defecate in the open on a daily basis.

The most important point is that we take action, and that we do not remain bystanders to this public health crisis.