Sam Roberts Is Tackling Climate Change One Room At a Time

Global Citizen caught up with the leader singer of Sam Roberts Band ahead of GC Live Vancouver.

Global Citizen Live is coming to Vancouver with performers like The Elwins, Crown Lands, Horsepowar, and some incredible speakers for a night of music and activism at the Commodore Ballroom on April 12.

Sam Roberts is a singer, songwriter and talented musician. Roberts spent some time in Los Angeles in the late 90s, after releasing an album with his band Northstar, but it was really when he returned to Canada that he would become the known talent that he is today.

Read More: How to Earn Your Way Into Global Citizen Live Vancouver

But Canadians of a certain age will definitely remember Sam Roberts Band arriving on scene in 2003 when they released "Brother Down" from the album We Were Born in a Flame. "Where Have All The Good People Gone" from the same album hit home with a shoutout to Montreal in its lyrics (Montreal to Hong Kong/Where have all the good people gone?).

If a lineup of great performers and some amazing speakers isn’t enough to motivate you to join the movement, Roberts’ thoughts on climate change and Global Citizen will likely do it. 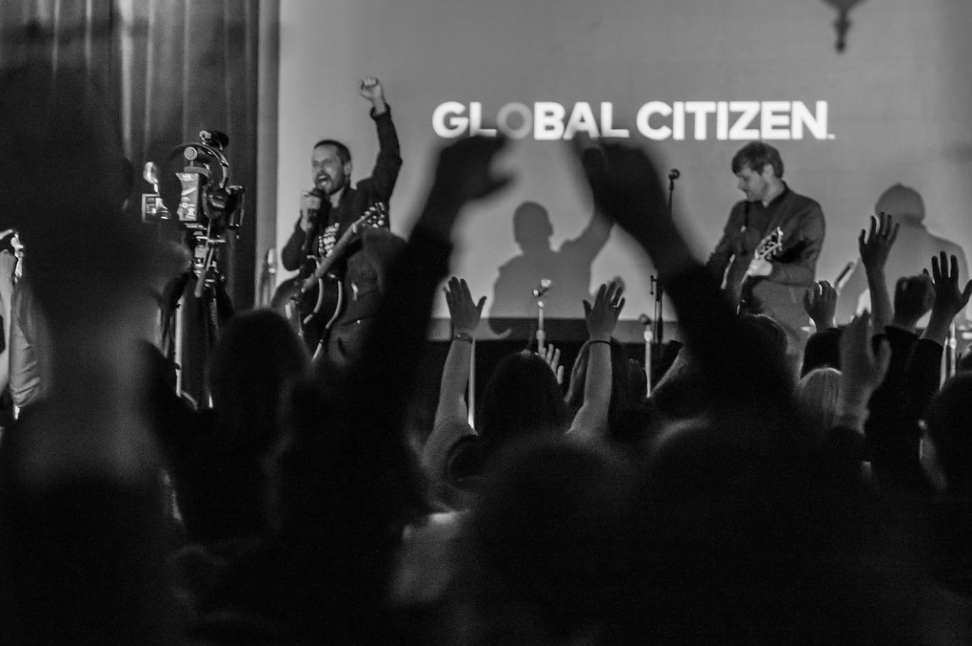 “It was something that I wanted to get involved with for some time,” Roberts told Global Citizen. “And was fortunate enough to get an invitation to play in Montreal.”

Roberts was referring to the first time he worked with Global Citizen: in September 2016, Global Citizen hosted its first Canadian music festival at the Bell Centre in Montreal, with Prime Minister Justin Trudeau, Usher, Metric, Grimes, Bill Gates and more.

Take Action: Ensure a Thriving, Peaceful Planet and a Global Economy That Works for Everyone

The festival put pressure on world leaders gathered in the city for the Global Fund's Replenish Conference (for HIV/AIDS, tuberculosis and malaria) and helped raise $12.9 billion that would save 8 million lives.

“I think that was the first time that it really hit home, just seeing the level of commitment — not just the speakers but the entire way that the event sort of run, the musicians who were there, and the spirit behind the whole thing — it was a real eye opener,” Roberts said, speaking from his home in Montreal, in his basement where he writes music. 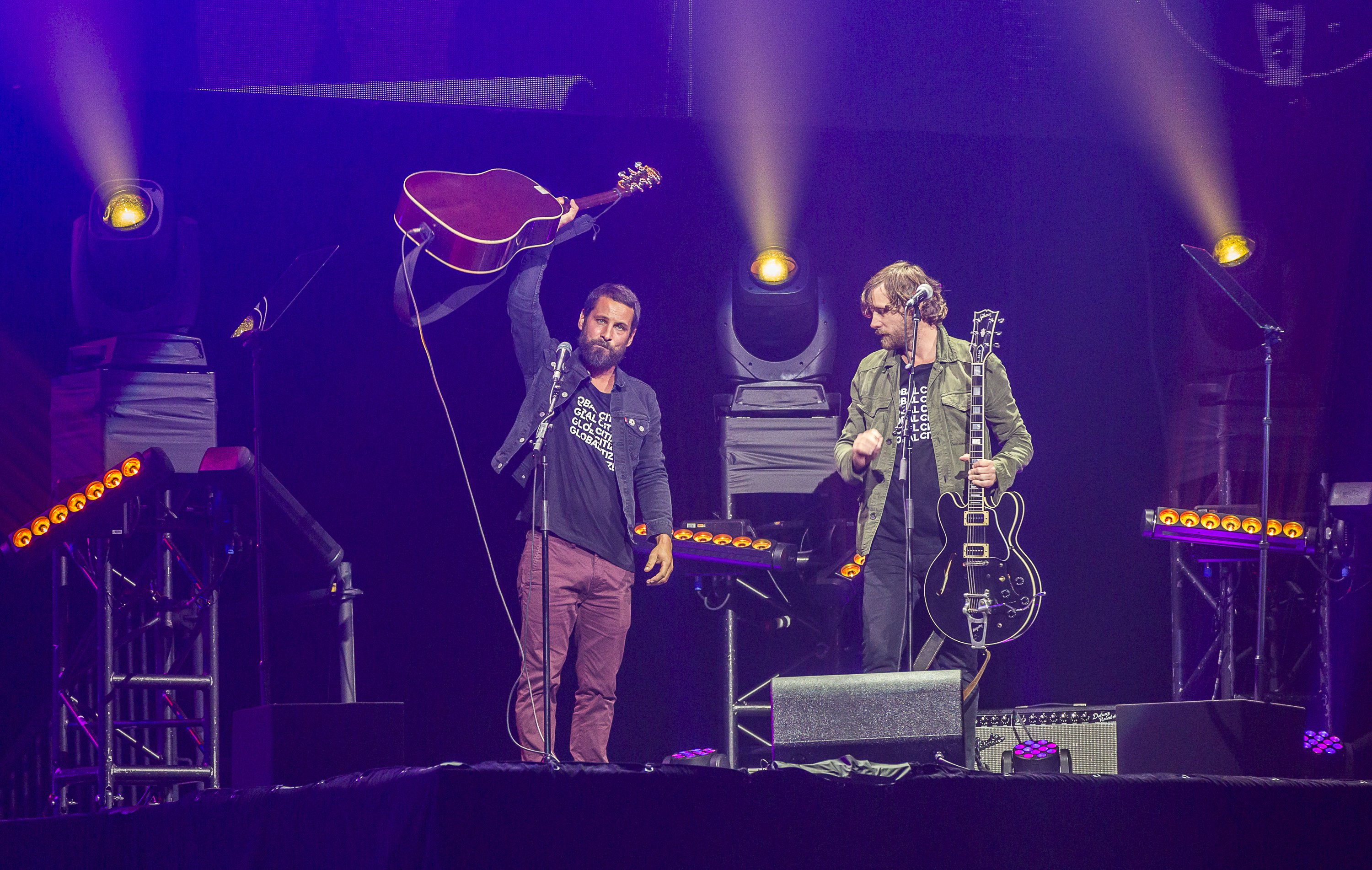 Since then, Roberts has performed at GC Unplugged in Ottawa in support of girls’ education and will be headlining Global Citizen Live in Vancouver in support of climate change and gender equality.

“[When you] start delving into any one of these specific problems or avenues or challenges, you realize that there’s an interconnectedness between all of them; that climate change and women’s health issues, or climate change and social injustice, that they’re all related in some way, that they all sort of feed off of each other,” he said.

The interconnectedness of global issues that Roberts was speaking about is all too real when it comes to the fight to end extreme poverty, and the effects of climate change on women and girls is an especially pertinent example.

Women and girls around the world are more vulnerable to the impacts of climate change than men. Women make up the majority of the world’s poor and hungry, and often rely directly on the land for food, shelter, and income. 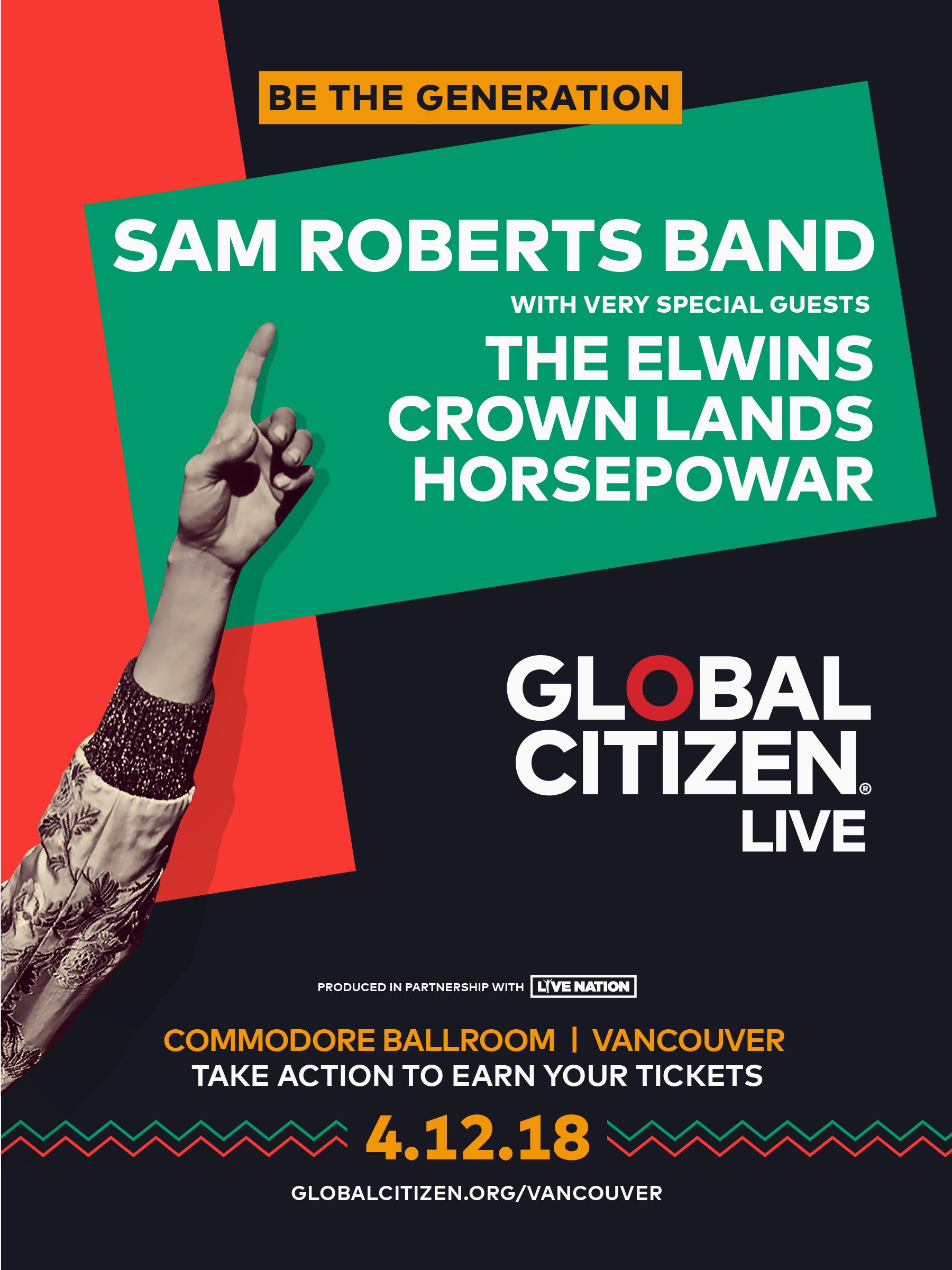 Seventy-nine percent of women who work in the least-developed countries report agriculture as their primary source of income.

Because of this, women farmers are on the frontlines of climate change. Their ability to grow enough food for their families and communities — with extra to sell — has become ever more challenging in an unpredictable climate.

Read More: Everything You Need To Know About Global Citizen Live Vancouver

While it is important that the world continues to try to prevent further global warming, millions of people around the world are already living through the impacts of climate change and need support to be able to adapt.

Tackling climate change and the ways in which the world invests in the environment’s future is an issue close to Roberts’ heart.

“Especially as a father of three, I have, I feel, an overwhelming sense of responsibility in some way to make sure they have an opportunity to live the same kind of privileged life in a beautiful world that I’ve had. So absolutely, if I were to say here’s one thing that I would love to see tackled on a global scale — whether it be politically or socially — would be climate change,” he said.

Supporting farmers, and especially women farmers, in their efforts to adapt to climate change could result in multiple benefits including reducing global hunger, providing more secure livelihoods, and encouraging the economic empowerment of women.

Read More: GC Unplugged: A Night of Music and Education Advocacy at the Chateau Laurier

As an artist, Roberts understands the importance of using his platform for good. 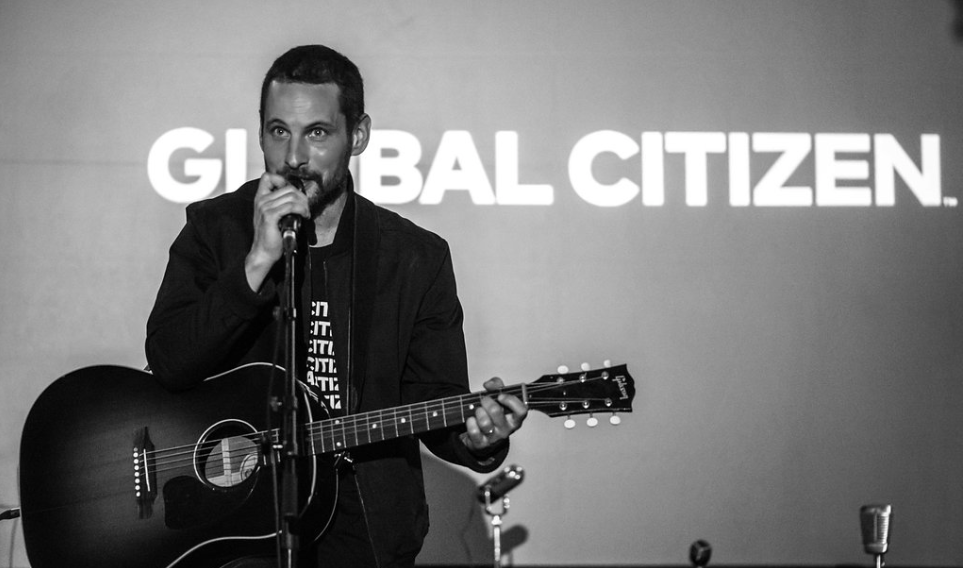 “Music has a different way of sort of delivering the message and delivering the feeling behind that message… and that’s why I think it’s important to involve music in these things,” Roberts said.

Global Citizen Live Vancouver will tackle climate change, as well as the importance of Canada’s global leadership in women’s and girls’ health.

Canada has a strong reputation as a leader in global health, and now more than ever, the world needs a global champion to promote health equity for women and girls, including in humanitarian and fragile contexts. Canada can be that leader.

“You’re going to have 1,000 people in the room, if the experience itself carries the weight that I hope it does and delivers the message with the potency that I think it deserves, then people will leave that room affected and will then go on to effect change in some way,” Roberts said. “It really comes down to one room of people at a time.”

We couldn’t have said it better ourselves.

Global Citizen campaigns on the United Nations’ Sustainable Development Goals, including issues related to gender equality and the environment. You can take action here and enter to win tickets to Global Citizen Live Vancouver.