Russia Wants to Fully Ban Cigarettes for Anyone Born After 2015

“This goal is absolutely ideologically correct.” 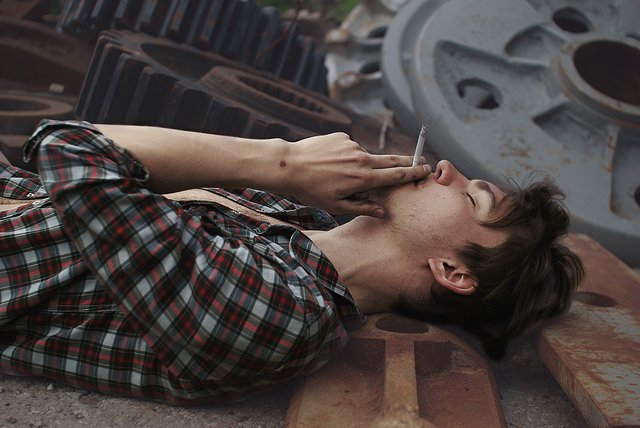 Russia’s Health Ministry is considering a bold and unusual measure for ending cigarette use: prevent citizens born in 2015 and after from buying cigarettes.

"This goal is absolutely ideologically correct," said Nikolai Gerasimenko, of Russia’s health committee, to The Times.

The law wouldn’t have an effect for more than a decade, but this cut-off point could dramatically curb addiction in the future. The inability of a smoker to buy his or her own cigarettes would almost certainly discourage use, because nicotine addiction is dependent on the mundane purchase and use of cigarettes throughout a day. Having to rely on other people to buy cigarettes or solely going through unregulated channels, especially if that means potential penalties, would most likely deter potential smokers.

However, the country doesn’t tax cigarettes, which is one of the most effective ways to reduce cigarette consumption. In parts of the country, a pack can be bought for around $1.

Read More: How the Ugliest Color in the World Might Save Lives

The kind of prevalence in Russia makes it hard for young people to avoid influential exposures — parents, friends, or role models who smoke and explicitly or implicitly encourage the practice. But if future generations are simply unable to buy cigarettes, then use rates will eventually drop. Over time, the government will also be able to pair this ban with other measures that may be hard to enact today, such as larger taxes or outright bans on cigarette production.

Other countries have gotten creative, if gross, with anti-smoking campaigns — creating packaging and advertisements that illustrate in lurid details the harms of smoking. Like with higher taxes that cut into paychecks, anything that makes the act of smoking less pleasurable is an effective deterrent.

Tobacco use kills more than 6 million people each year, and many millions more experience all sorts of severe health complications such as cancer, stroke, and heart attacks.

Youth are especially prone to marketing from tobacco companies and peer pressure, and are, therefore, more prone to forming an addiction to nicotine.

Russia’s latest proposed measure may seem heavy-handed, but it’s long past due that people across the world accept the hazardous effects of cigarettes.