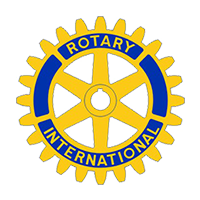 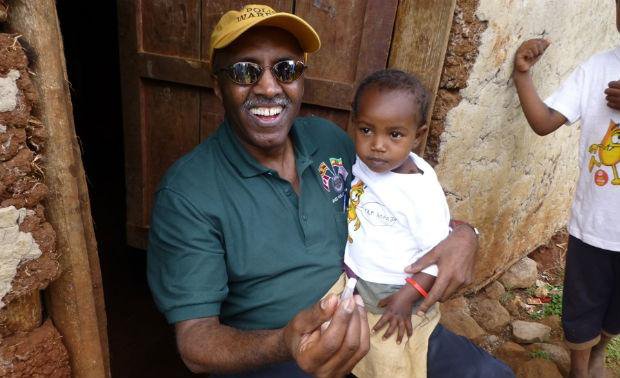 Thirty-two humanitarians--mostly Rotarians---along with a handful of friends and family--are in Ethiopia doing battle against polio.

Team members include 7 Canadians and 25 Americans.  The majority of the Americans hail from Washington state, but Maryland, Michigan, California, North Carolina, New York,  Kentucky and Indiana are also represented.

The group is led by District 5030's current District Governor, Ezra Teshome of Seattle, Washington.  Ezra is a native of Ethiopia and has led people back to his homeland for 18 years straight to participate in the country's National Immunization Days campaign.

This year the group is working in southern Ethiopia, vaccinating children in a door-to-door effort near the cities of Hawasa and Yirgalem.  The Rotarians, clad in bright yellow vests, are part of the emergency response necessary to combat a recent polio outbreak in the Horn of Africa.  For years, the region has been polio free, but in mid-2013, new cases of the wild polio virus turned up in Somalia, Kenya, Uganda and Ethiopia.

"We will keep coming back until the disease is gone," declared Teshome.  "We are determined to get the job done." The delegation gained keen insight into the critical role of fully funding Rotary's partners in the polio fight over the next five years until it's gone permanently.

"This disease knows no boundaries," declared PDG John Adams.  "We have to remember, it's just a plane ride away."

In addition to polio, the Rotarians are also exploring projects involving water wells, literacy, maternal and child health, and support for the physically disabled.

- Watch a global update on the fight to end polio.

- Become an advocate by contacting elected officials, business leaders, friends, and the press to encourage support for eradicating polio.