‘I See the Positive Effect Music Has’: Why I'm Setting Up London's Most Inclusive Choir and Orchestra

Meet Romain Malan, who's combined his musical expertise with social causes he is passionate about.

Why Global Citizens Should Care
To achieve the UN's Global Goals and end extreme poverty, everyone can work together using their own strengths to support global humanitarian efforts. Social musician Romain Malan is a great example, using his passion for music to unite people and help support Global Goal 10 for reduced inequalities. Join the movement by taking action here to promote inclusivity and help achieve the Global Goals.

Romain Malan is a social musician, who has created an orchestra of international musicians, and an inclusive choir that raises money for refugees and other causes at concerts all around the UK. He's also just won a grant to help his musical organisations tackle loneliness and social isolation.

Here, Malan tells Global Citizen all about launching his World Harmony Orchestra and the World Harmony Choir; about the humanitarian causes the groups works to support through music; and about what's coming up for them and their work in the future.

What is the World Harmony Orchestra?

It started three years ago. I had the idea to create an orchestra of professional musicians from different countries who live in London who either study or have studied here, as I had moved here 10 years ago to do from France. We got a group together of a very wide range of nationalities and and then the idea was to use that to promote a message of harmony. Hence the name: The World Harmony Orchestra.

We wanted to use the orchestra we’d created to raise awareness of certain causes too and use our concerts to raise money for charities.

Sounds exciting! What causes do you support?

We focus on humanitarian causes. It’s hard not to be too political but we do try not to be. After the Brexit vote, we did take part in a campaign called One Day Without Us — a campaign to raise awareness of the role of immigrants in the UK — but it was not overtly against Brexit, it was a way for us to talk about it.

We’ve been long term partners with the Islington Centre for Refugees and Migrants too, a drop-in centre for English classes and activities, because I’ve worked there for a few years. We did our first concert there and we’ve done a few other concerts there too.

A year ago for World Peace Day, we performed music from 18 countries where there is currently a refugee crisis. So it was folk music from those 18 countries, and it highlighted both the crisis and the musical heritage of those places. We're doing the concert again in Portsmouth at the end of October. 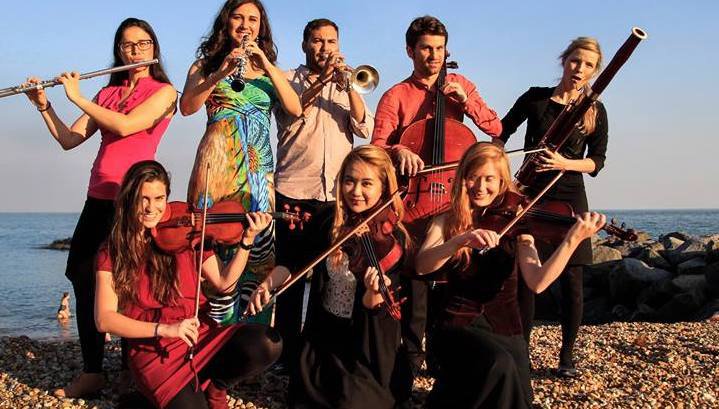 Some members of the orchestra (Pic: Romain Malan)

What is the orchestra's musical style?

Most of the musicians are classically trained so the majority of our concerts are classical. But I’d like to see more of a mix of instruments in the orchestra and other musical styles. We’re hoping to see more people with experience of being a refugee join too. So far, we've done 25 concerts and over 100 people from 35 different countries have played with us.

Tell us more about your work with refugees?

At the Islington Centre for Refugees and Migrants I work as a choir leader. I also work at a centre for adults with mental health issues and at a care home. Last month I decided to try and bring the groups together, so we’ve launched the World Harmony Choir too. All three organisations will be contributing to the choir.

These three organisations – the refugee centre, the care home, and the centre for adults with mental health issues — are all places where I work as a singing teacher and choir leader. But they are groups that don’t normally have many opportunities to meet each other.

We’ve also just begun to offer free music lessons too. We’re offering the lessons on a pay what you can basis, so that some people can attend for free or low cost, for example, people who are refugees. I’ve seen the positive effect music can have on people at the refugee centre and so it frustrates me that there aren’t more opportunities for people to learn. 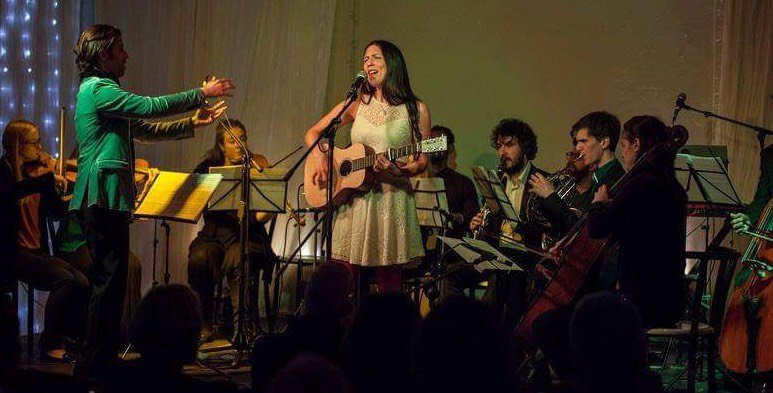 You’ve got a lot of projects on the go! What do you want to see happening in future?

I'm trying to establish the orchestra in more of a formal set-up and perhaps found it as a social enterprise. We applied for and won our first grant a month ago, so I’m really happy about that.

We got the grant for an upcoming project to tackle loneliness. So that means sending musicians to play in people's homes and care homes for people who can't go out.

Classical music has a reputation for being a bit elitist, so we’re trying to open it up a bit. We like to think it’s good to be an orchestra that plays it’s part, not just a musical part, but a social part too, you know? I’m aiming for it to be the most inclusive musical organisation in London!

You can find out more about the World Harmony Orchestra and their upcoming projects here and on Twitter and Facebook.