Guess which country employs the most robots

Society can adapt and make provisions for those displaced by robots. 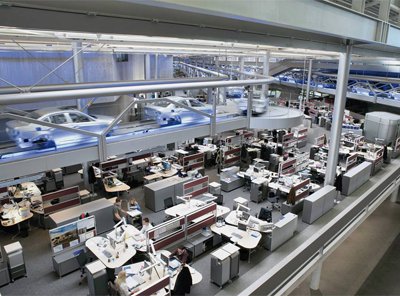 Robots in the economy have been a constant source of dread and excitement for at least a century. Artisan weavers in the UK were reduced to poverty by mechanized looms in the 18th century, then assembly lines in the US greatly enhanced the earning potential of automotive workers in the 20th century.

It's an ambivalent pattern that depends less on robots and more on the human response.

Robots hold the promise of more abundance and leisure time and less onerous or mind-numbing work for people. They also portend the possibility of mass unemployment if new human options do not emerge to replace jobs taken by robots.

Society can adapt and make provisions for those displaced by robots--this is unquestionable. In the years ahead, as robots become ubiquitous in the workforce, the question will be: which countries choose to adapt in a human-centric way and why?

There are flickers of how this will play out. A good place to look for clues is where the robots are today. (My colleague Caryn explores some of the ethical questions here.)

If robots were simply job-killers that pushed humans to the fringes, then people in Japan and Germany would be living a pretty tough life.

In reality, Japan and Germany are countries with strong social safety nets and high life expectancies. They both recognize that development should be paired with quality of life, a consideration that often seems to be left out of economic decisions.

Remember: Japan (Subaru) and Germany (BMW) are automotive powerhouses with cutting-edge robotic techology. They could problaby get by without human labor, yet they still employ thousands of people in the industry with great paying jobs in more interesting roles.

This model is not hard to emulate. In fact, the increased productivity of robots should yield more prosperity for everyone, not less. This idea of accommodating humans as robots proliferate can be taken to an even higher degree. Instead of scrambling to find replacement jobs, a new social order could arise in which humans work less but enjoy a better life.

Further, the efficiency of robots will help to play a pivotal role in ending poverty everywhere.

In a world of daunting climate change and other challenges, finding a different way will become necessary--with or without robots.