Rising Heat Linked to Increase in Suicide in US and Mexico

If global warming is not capped by 2050, there could be at least an additional 21,000 suicides.

LONDON, July 23 (Thomson Reuters Foundation) — A hotter planet could lead to tens of thousands more suicides by 2050 in the United States and Mexico alone, unless global warming is curbed, according to a study published on Monday.

Researchers examined decades worth of temperature data against suicide rates in U.S. counties and Mexican municipalities, some dating back to the 1960s, and found that hotter weather was linked to increases in deaths by suicide.

"Hotter temperatures are clearly not the only, nor the most important, risk factor for suicide," lead author Marshall Burke, an economist at Stanford University, said in a statement.

"But our findings suggest that warming can have a surprisingly large impact on suicide risk, and this matters for both our understanding of mental health as well as for what we should expect as temperatures continue to warm," he said.

According to their analysis, a 1 degree Celsius (1.8 degrees Fahrenheit) increase in average monthly temperature led to a 0.7% rise in suicide rates in the United States, and a 2.1% rise in Mexico.

The paper, published in the journal Nature Climate Change, also analyzed the language used in over half a billion Twitter posts and found that suicide rates and depressive language increased during hot weather.

The study projected that if global warming is not capped by 2050, there could be at least an additional 21,000 suicides in the two countries alone.

Suicide rates rose in nearly every US state from 1999 to 2016, with the rate spiking by more than 30% in half of the country, the Centers for Disease Control and Prevention reported in June.

Nearly 45,000 people committed suicide in 2016, making it one of three leading causes of death on the rise in the United States, along with Alzheimer's disease and drug overdoses.

"When talking about climate change, it's often easy to think in abstractions," said Burke, an assistant professor in environmental sciences.

"But the thousands of additional suicides that are likely to occur as a result of unmitigated climate change are not just a number, they represent tragic losses for families across the country," he said.

The past three years were the hottest on record, the United Nations' World Meteorological Organisation said in March.

The World Health Organization says that heat stress, linked to climate change, is likely to cause 38,000 extra deaths a year worldwide between 2030 and 2050. 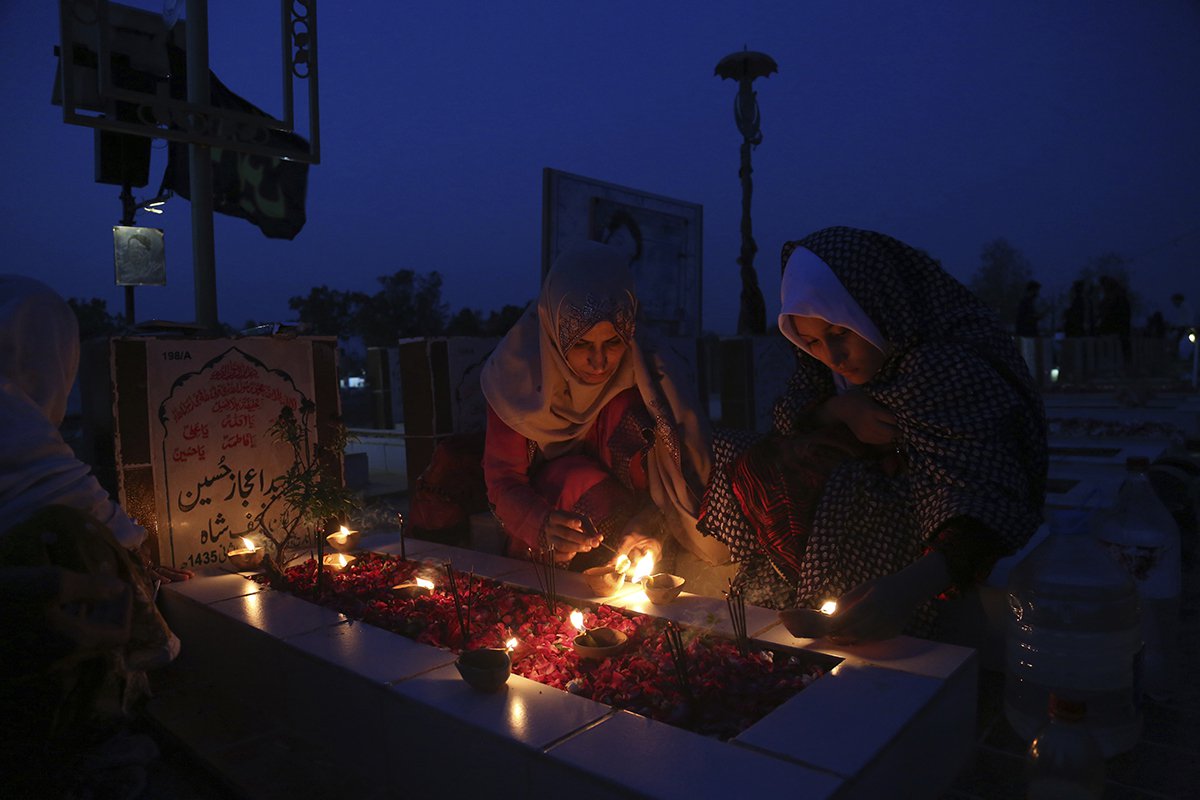 Pakistani Muslim family members light lamps and pray at a grave of their relative on the occasion of Shab-e-Barat, at a graveyard in Karachi, Pakistan, Thursday, May 11, 2017. Muslims across the country observe the holy Shab-e-Barat, the night of fortune,
Image: Shakil Adil/AP

In a heat wave in May, more than 60 people died in Karachi, Pakistan, when the temperature rose above 40 degrees Celsius (104 degrees Fahrenheit).

US President Donald Trump has vowed to pull out of the accord, which would make his country the only one to do so.

If you want to talk to someone or are experiencing suicidal thoughts, text the Crisis Text Line at 741-741 or call the National Suicide Prevention Lifeline at 1-800-273-8255. You can find international resources here.