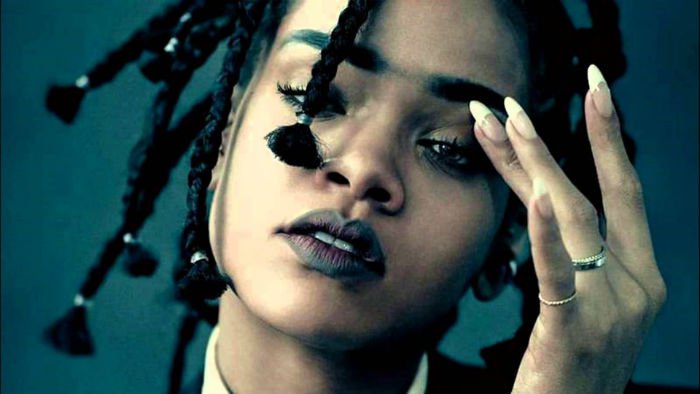 The long awaited "ANTi album" dropped last week and this week it has secured the No. 1 spot on Billboard’s Top 200 list.

But some people are not happy with the Barbados native’s debut single on the album, titled "Work." Twitter erupted after her latest single was released, calling the lyrics “gibberish.”

However, what many seem to be unaware of is that Rihanna is speaking in Jamaican Patois.

**Disclaimer: If you have a Jamaican grandmother, DO NOT send her this song to translate for you. I made that mistake this weekend, sorry Grandma!!

Patois is an English-based Creole language with West African influences that is spoken primarily by the Jamaican diaspora.

The language originated in the 17th century when men and women from West and Central Africa were brought over to the colonies as slaves. The language grew as slaves listened to the English language and created a dialect that they could use to communicate with each other and their colonials masters.

In the past, famous artists have also used Jamaican Patois in their music.

Kanye West used the creole in his song “Mercy” and Kendrick Lamar uses it on “Blacker the Berry.”

So, why is Rihanna getting so much hate?

Ultimately, "Work" seems to represent a schism in perceptions of “American pop culture.”

On the one hand, her album and single are being rewarded on the billboard charts. Not only do Americans love Rihanna, but she is idolized across the globe. But on the other hand, people are bashing her for using a language that is not common.

Is this simply because people are unaware of the historical background and significance? Or does it betray a deeper intolerance for otherness?

Being open-minded about other cultures is a key characteristic of global citizenship. It involves communication and the ability to step back from your own identity and become aware of other cultures, norms, and beliefs.

By cultivating a sense of curiosity and tolerance for other cultures, you gain a deeper appreciation of the world and the contingencies that form every person.

Nobody should be bashed for celebrating a culture outside of the mainstream. Rihanna’s incorporation of Patois should be appreciated for broadening the cultural awareness of her audience.

On an even more basic level, it’s a good song that should be appreciated for this fact alone.