We can stop AIDS: look at how far we’ve come

We're closer than ever to stopping AIDS, but it's not over until it's over.

This article was contributed by Bobby Dean on behalf of Restless Development.

So this is it. We’re here. Fellow campaigners will know this feeling. After working hard for months and months, suddenly that intangible moment, which always seemed so deep into the future, creeps up on you and arrives. I’m talking about the end of a campaign.

For some it’s election day. For others it’s a court judgement. For us it’s the World Health Assembly - which happened last week in Geneva.

The Missing Medicines campaign, launched by Youth Stop AIDS on World AIDS Day 2015, wanted to achieve something pretty big. We had heard from people like Juliana in Kenya earlier in the year, who as a child had to gamble with dosages by biting adult-size pills in half to treat her HIV diagnosis. The medicines she needed simply weren’t produced.

We had also seen the actions of people like Martin Shkreli, whacking up the price of a vital AIDS treatment by 5000% - making the medicines others needed completely unaffordable.

We wanted to make sure that everybody has access to the medicines they need. If it’s possible to produce a drug that will help save a life, then profit shouldn’t get in the way. If it’s available on the market, then those in need shouldn’t be priced out.

It’s an obvious problem with a complex solution - but the point is we had a solution. We knew that if we could fix the system for developing new medicines, by doing things like removing the profit incentive as the driver for research and development, then we could help save millions of lives.

It seems thousands of you thought the same. Throughout the campaign, we’ve been overwhelmed by the support we have come across - fighting not just for the sake of people living with HIV and AIDS within our own borders, but well beyond them too. 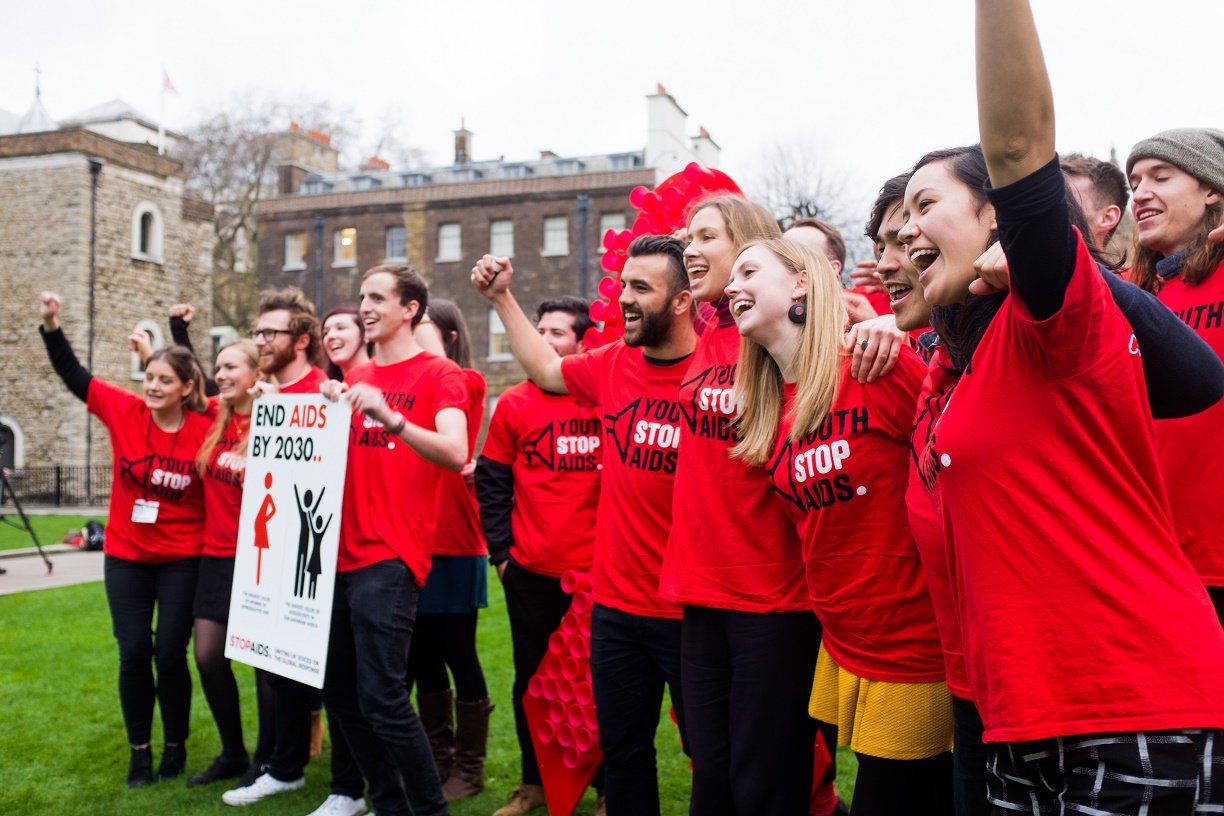 At our launch on World AIDS Day, we packed out a room in the UK Parliament building and got right in the faces of the politicians we sought to persuade from the start. That very same week, we published our action here on Global Citizen and were humbled as petition signatures flooded in from all corners of the globe.

In February, we launched into our annual Speaker Tour with the Missing Medicines campaign at its heart. Three incredible young speakers from the UK, Ireland and Uganda spoke at 22 events across the UK. Sharing their heartfelt experiences of living with HIV, they reached hundreds of young people and decision makers directly and thousands more through their TV and radio appearances.

Hearing from these guys really made the difference. Of course we campaign about the issues passionately, but when you hear firsthand how this thing affects people's daily lives - it really brings it home. 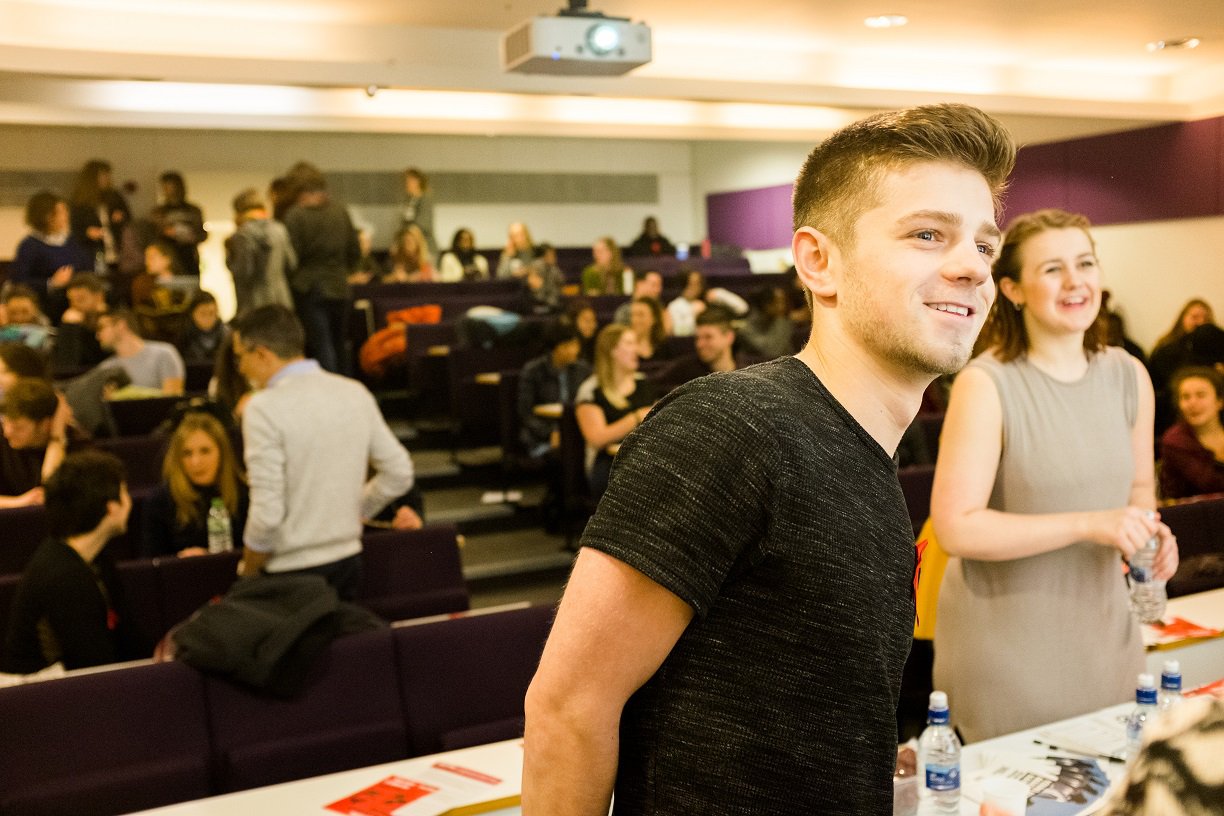 Take George. A British musical theatre performer who, at just 21-years-old, chose the Speaker Tour to come out publicly about his HIV status for the first time. He quite literally called his parents to share the news before his first appearance and inspired us all when he insisted that his status can be a force for good. He said:

“Is it a bad thing that I’m Positive? No. Because…I wouldn't be standing here today. If I wasn’t, there would be one less person fighting to change the future.”

Then there was Robbie (25, Ireland) and Brian (22, Uganda). Both equally charismatic in their own ways but with very different backstories. Robbie a former Mr. Gay Ireland with ambitions to move to Australia to work with animals. Brian an AIDS orphan suffering from the physical and social effects of living with HIV from birth.

They both have stories of how they’ve triumphed over their diagnosis to go on to advocating for change within their own communities, but it’s the way in which their stories interacted that is most touching. 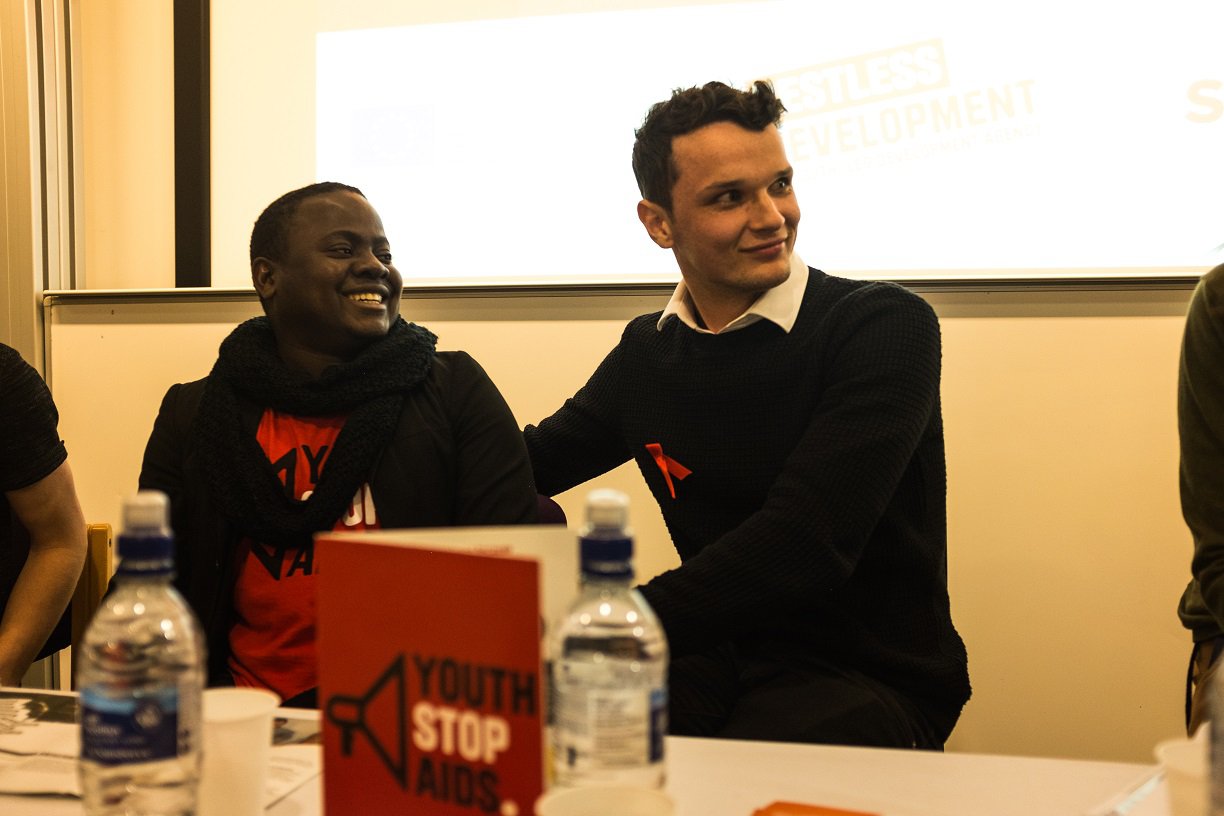 Whilst many people living with HIV will be able to take cheaper antiretrovirals, some people become resistant to these and have terrible side effects. Robbie is on his fourth option of HIV drugs because of the extreme and potentially fatal side effects he has had with previous options. These drugs can cost over $20,000 per person per year. They are simply not available in most developing countries. Looking at his new-found Ugandan friend, Robbie told the audience:

“If I was born in Uganda, I’d have to choose between adverse mental health effects and kidney damage. I am only alive because of the country I was born in.”

This is the power of our campaign. It shouldn’t matter if Robbie was born in Uganda. Or if Brian had the same complications that Robbie had. Both deserve equal access to the medicines they need. This is what we are fighting for.

So carry on fighting we did. When the UN arrived in London in March for a meeting on ‘access to medicines’, we donned Martin Shkreli masks and made our point about the broken system right outside their doors. Later that same day 45 campaigners lobbied MPs and Lords in Parliament. It wasn’t long before we were on to Members of the European Parliament (MEPs) too, with a craftivism workshop aimed at catching their attention happening just a few weeks later. 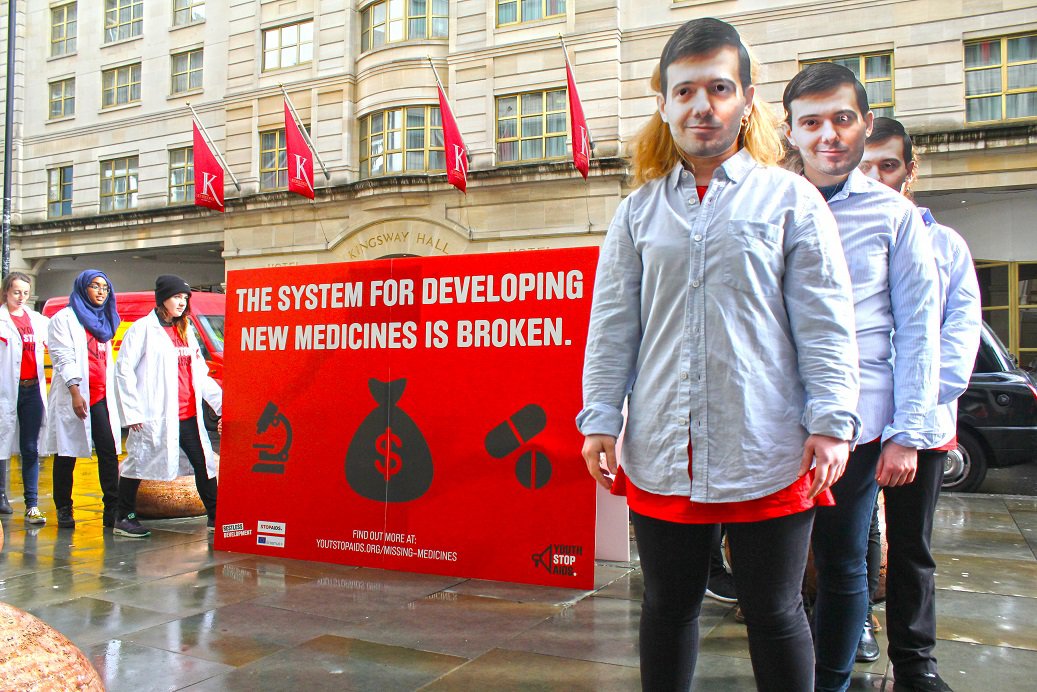 Along the way our movement has grown beyond expectations. We always have our trusty Youth Stop AIDS student campaigners and returned International Citizen Service (ICS) volunteers on side. But this time we had young people from all over the world join us in our call. In the end we ended up with over 6,000 signing our petition!

So as the World Health Assembly arrived, we symbolically handed in our petition to the UK Government to demand that they fight for access to medicines at the meeting. We already know we had  made a huge impact. Thousands joined our movement. We got outstanding press coverage. But the outcome of the meeting exceeded all of our expectations. A resolution on R&D for global health was agreed! And the resolution includes some big wins which will help prioritise health needs over profit,

Of course not everything we have demanded has been heeded. That is the life of a campaigner - there is still more to do. So when I said it’s a strange feeling coming to the end of a campaign, I might have got it wrong altogether. A campaign never really comes to an end, it just moves forward into a new, more exciting and progressive direction. This isn’t the end. This is just step one. We want to end AIDS altogether - that’s the only end we’re interested in.

If you’re feeling inspired by Youth Stop AIDS,  sign up to their newsletter and get involved with their campaigns in the future.