Reports of Racism Are Bubbling Up Across the US. Here's What You Can Do. 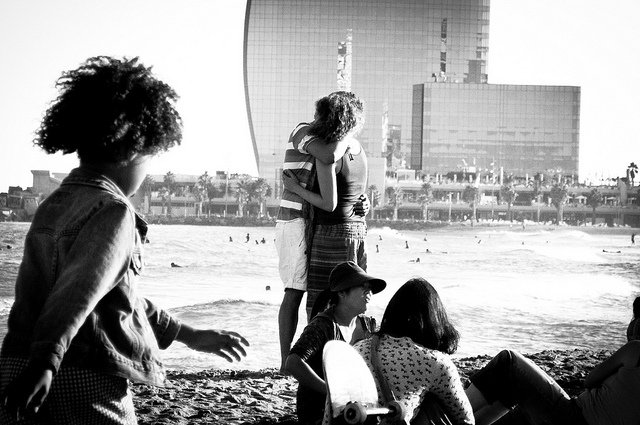 In the three days since Donald Trump was elected, hundreds of reports of taunts, harassment, and violent language geared toward people of color, women, and Muslims have bubbled up on social media.

Here are just some of the reports we’ve seen so far:

A black woman in Delaware says she was harassed by four white men while pumping gas. They called her horrible names and one brandished a gun, she said.

In Jacksonville, Florida, two signs appeared over two water fountains in a high school. One said “Whites Only” and the other said “Colored.”

Colored and Whites Only signs were put on the water fountains at this Florida High School.https://t.co/55IshlkaXXpic.twitter.com/nzy4Exh7Fz

In DeWitt, Michigan, students formed a human “wall” and wouldn’t let students who appeared to be Hispanic walk past.

A Muslim woman wearing a hijab told police in California she was attacked at a San Jose University parking garage. She said a man ran up and pulled her hijab, choking her.

Another Muslim student in California told police that two men robbed her after making comments about Trump and Muslims.

A dugout on a baseball field in Wellsville, N.Y., was spray painted “Make America White Again” with a large swastika.

It’s not a stretch to say that people in the US who hold racist beliefs see Trump’s victory as a validation — a free pass to say and do as they like to people of color.

Whether these are values they were borne into, due to their families and upbringing, or they were exposed to them by watching a campaign stoke these flames for more than a year with racist rhetoric is beside the point.

The point is, it’s appalling and unacceptable for people to treat one another in this way.

So what are you supposed to do? How can you help counteract this vile behavior that is seeping into American life?

Here are a few ideas:

“For the dead and the living, we must bear witness.” Elie Wiesel’s words will always be true. If you see something, say something. This basic action can help keep tabs on mistreatment of people. If you are victim to a hostile act, alert the authorities. Call the police. Make sure the incident is on the record. If you witness such an act, stay near the situation and alert police. Do not put yourself in harm’s way, but stay vigilant and act as a witness to whomever is being targeted.

Scared to death that Planned Parenthood is at risk? Reach out to your local chapter and ask how you can help. If you can, donate money to these groups. There are also sites like Amazon Smile that will donate to the group of your choice if you shop through their portal, at no cost to you.

See something in your community you want to change? Get organized. You can organize in person or digitally. Both can be effective. Find others who agree, pull them together and make a plan. Get petitions signed and present them at your city council meeting. Start a Facebook Group to recruit and organize. Create a petition on Change.org. Agitate until the change is made.

Set an example with how you live your life. Be kind to strangers. Offer them your seat. Make eye contact and smile. Ask your pharmacist how her day is going. Pull in your neighbor’s garbage can.

Be Educated About the Issues

Take yourself outside of the echo chamber of Facebook and read a newspaper. Watch the nightly news. Read weekly news magazines to get perspective and context. Understand where we have been so that we know where we want to go.

Talk With Someone You Don’t Agree With

We all have that childhood friend, neighbor, or coworker who voted for the other candidate. Ask them to coffee and ask them why they voted the way they did. Don’t argue, don’t insult, don’t inject your opinion and don’t raise your voice. Try to understand where they are coming from.

Get to Know Your Neighbor

How many of us have lived on the other side of the wall from a complete stranger for years, and never bothered to know their name? This mentality — across the United States — is part of the problem. Get to know your neighbor. Find out who they are and what they believe in.

Be a Global Citizen

Being a Global Citizen means a lot of things. It means wanting to help bring people out of extreme poverty. It means caring about people who live in in the poorest places of the world. It means wanting to be a force of good in this world that, at times, can feel full of hate. It means not accepting the status quo and knowing that you can make a differences. “Whoever is president, our task is the same as it always was: to organise, agitate, activate and inspire. More than ever.” — Hugh Evans, Founder of Global Citizen.