12 Remarkable Photos of What Happened Around the World This Week

Elections in Kenya, refugees fleeing to Canada, and more.

North Korea has antagonized countries around the world for years, and countries generally respond with efforts at diplomacy or sanctions. This week, US President Donald Trump had enough of the violent rhetoric and threatened nuclear war, putting the whole world on edge.

Elsewhere, the phrase "fake news" took on a dire dimension in Kenya when opposition leader Raila Odinga declared the presidential election to be fraudelent, triggering violent protests throughout the country. The vote has otherwise been declared free and fair, but misinformation on social media is stoking unrest.

It wasn't all doom and gloom this week. In Athens, citizens found respite from the heat in cool water. Same goes for Arab-Israelis in Northern Israel. In Canada, meanwhile, refugees streamed across the New York border. They feared deportation in the US and hoped for some peace to the north.

1) Canada Immigration: (Above) A Haitian boy holds onto his father as they approach an illegal crossing point, staffed by Royal Canadian Mounted Police officers, from Champlain, N.Y., to Saint-Bernard-de-Lacolle, Quebec, Monday, Aug. 7, 2017. Seven days a week, 24-hours a day people from across the globe are arriving at the end of a New York backroad so they can walk across a ditch into Canada knowing they will be instantly arrested, but with the hope the Canadian government will be kinder to them than the United States.Canadian military are building housing for refugees at the border, as well as setting up accommdations in the Olympic stadium in Montreal. 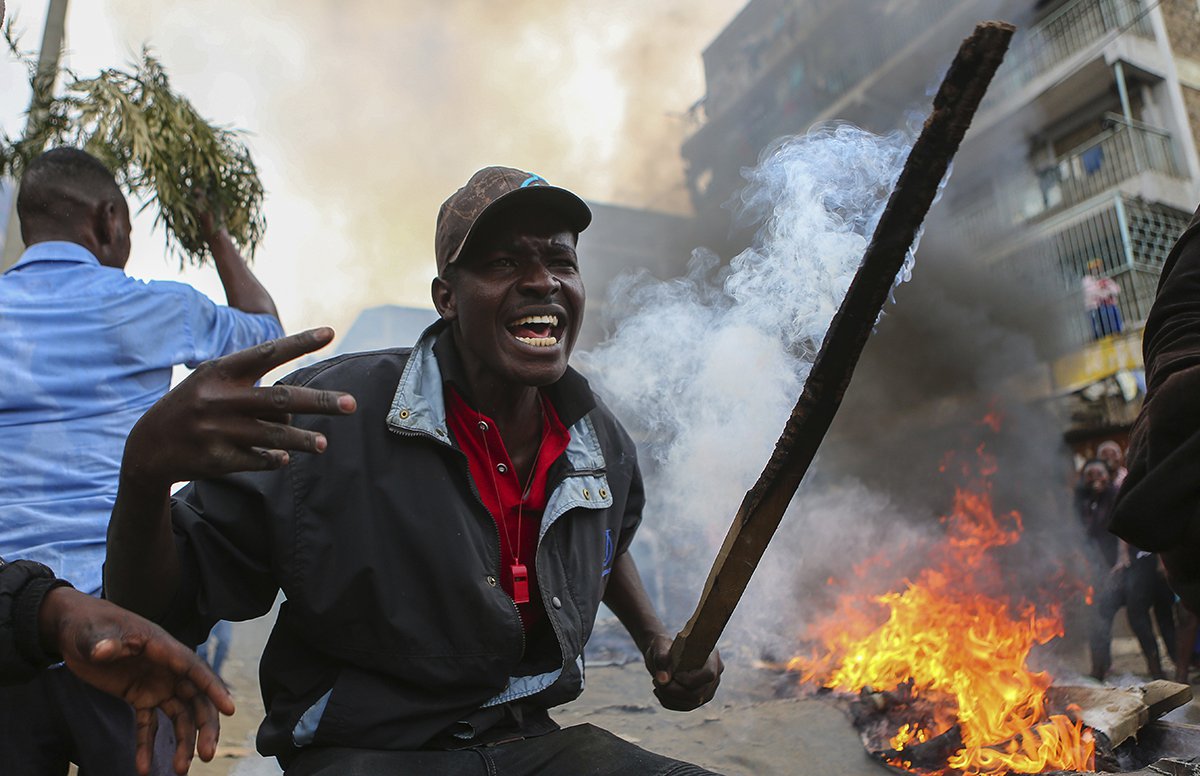 2) Kenya Protests: Residents of the Mathare area of Nairobi, Kenya, take to the streets by blocking roads with burning tires to protest in support of Kenyan opposition leader and presidential candidate Raila Odinga, Wednesday Aug. 9, 2017. Odinga alleges that hackers manipulated the Tuesday election results which appear to show President Uhuru Kenyatta has a wide lead over Odinga. Read more about the proetst here. 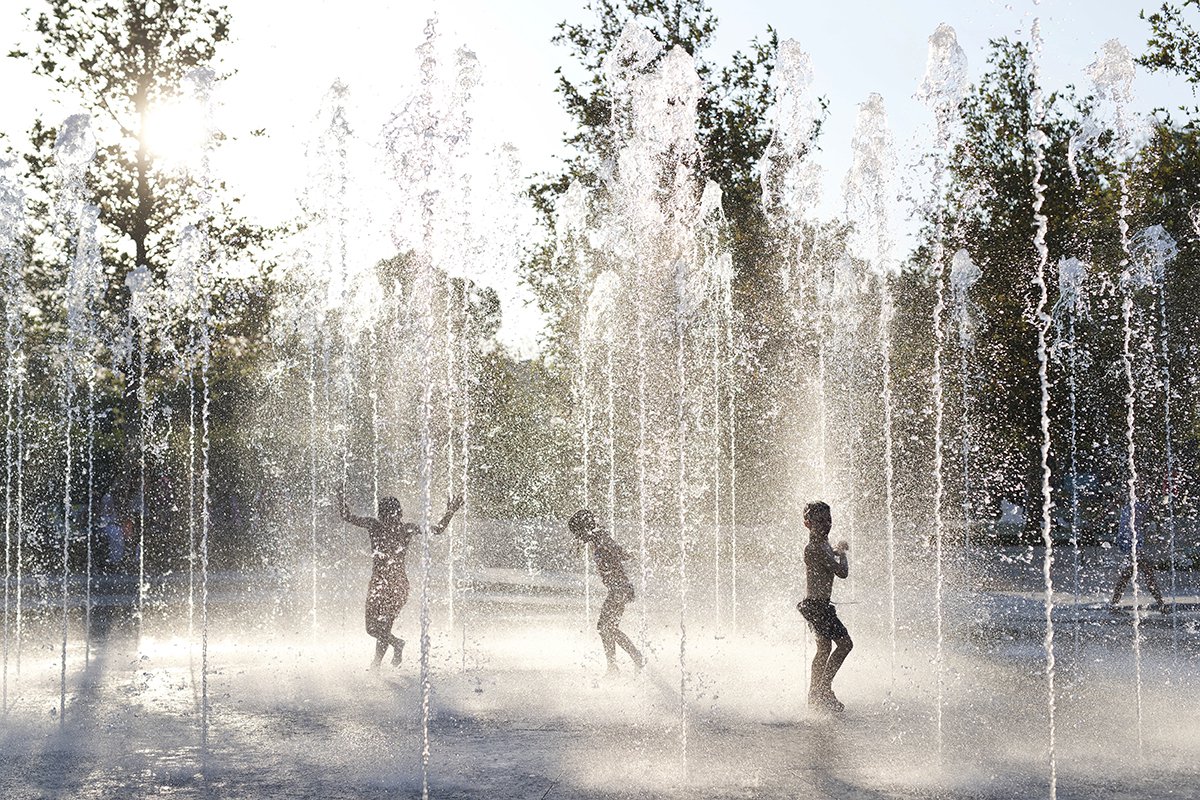 3) Greece Heatwave: Children cool themselves in a fountain in a park, in Athens on Aug. 5, 2017. A summer heatwave has hit Greece, with temperatures reaching a high of 39 degrees Celsius (102 Fahrenheit) in the Greek capital.

4) North Korea: A propaganda poster is diplayed during a rally in support of North Korea's stance against the US, on Kim Il-Sung square in Pyongyang on August 9, 2017. US President Donald Trump said the United States' nuclear arsenal was "more powerful than eve" in a fresh warning to North Korea over its repeated missile tests.

5) Kenya Voters: A woman casts her ballot at a polling station in Kibera, one of the largest slums in Africa, in Nairobi on August 8, 2017. Kenyans began voting on August 8 in general elections headlined by a too-close-to-call battle between incumbent Uhuru Kenyatta and his rival Raila Odinga, sparking fears of violence in east Africa's richest economy. 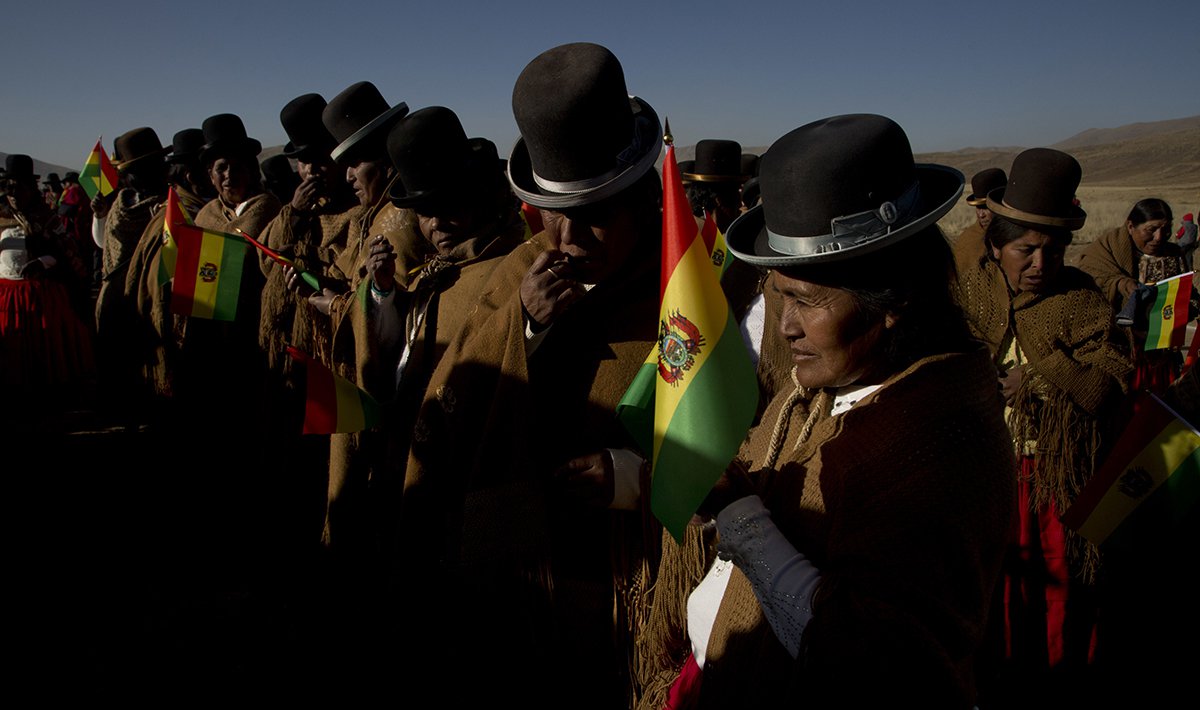 7) Bolivia: Aymara indigenous women wait to participate in a military parade commemorating the 192 anniversary of Bolivia's army in Kjasina, Bolivia, Monday, Aug. 7, 2017. Years ago the government starting holding its annual, national celebrations away from the capital, to get residents in the interior to participate as well.

9) India Health Workers: Indian health and municipal workers use a boat to help distribute pest-control chemicals to kill mosquitoes and larvae in Kolkata on August 9, 2017. Heavy monsoon rainfall across the eastern state of West Bengal has increased cases of vector-borne disease.

10) Israel Daily Life: Arab-Israelis enjoy spring water in Tabgha, on the shores on the Sea of Galilee in northern Israel, on August 6, 2017.

12) President Trump: US President Donald Trump and Vice President Mike Pence arrive to speak to the press on August 10, 2017, at Trump's Bedminster National Golf Club in New Jersey before a security briefing. Earlier in the week, Trump stoked fears of nuclear war when he warned North Korea it would be met with "fire and fury" if it threatens to the US with missiles.