With Old Bicycles, Refugees Ride into New Life in London

"I'll use this bike to go to college where I can learn English so I can move forward with my life." 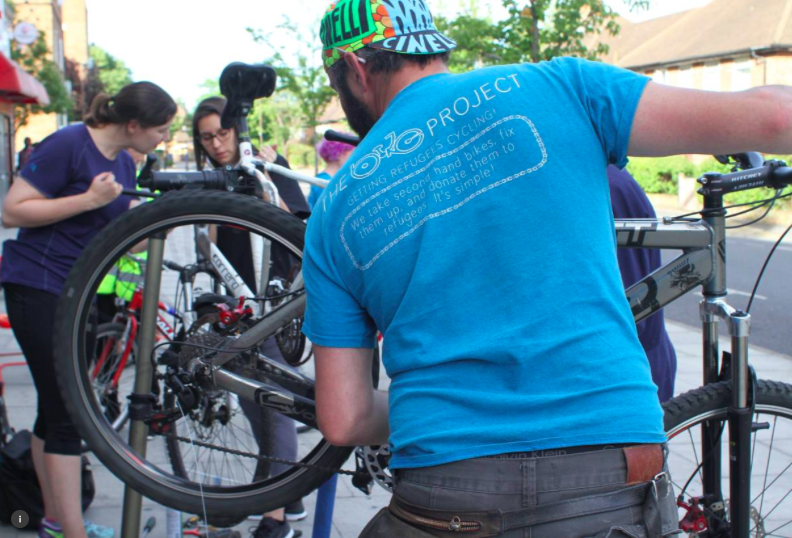 LONDON, June 21 (Thomson Reuters Foundation) — On a balmy, breezy afternoon in south London, dozens of people tinker on secondhand bicycles inside a small workshop, preparing to give them to the several refugees waiting nearby.

As the evening sun lingers, the growing crowd spills onto the quiet leafy street, where asylum seekers eagerly don high visibility vests and helmets to test ride their new gifts.

"I will use this bike to go to college where I can learn English so I can move forward with my life," said Syrian refugee Khalib, 44, at The Bike Project, a charity that donates bicycles to refugees, along with helmets, vests, lights and basic cycling training.

"I noticed that English people use bikes a lot so it's a good way for us to get around, especially given how expensive transport is in London," Khalib said in Arabic through a translator. He didn't reveal his full name for privacy reasons having fled the Syrian capital Damascus in 2013. 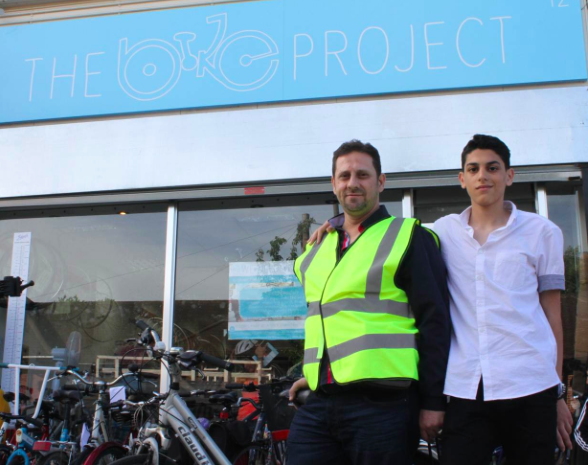 Travel can be difficult for refugees and asylum seekers in London, since many cannot afford public transport and often walk for hours to access services or to meet friends and families.

London-based charity Housing Justice said people waiting for asylum, or those appealing their rejected claims were most at risk of destitution since they are not entitled to regular welfare benefits nor are they allowed to work.

The British Red Cross said it helped over 14,000 homeless and destitute asylum seekers in 2016 who relied on an asylum allowance of about 36 pounds ($46) a week.

"By having a bike, it saves them spending money on really expensive transport fares so they can access support and services that they need, or meet people," said Anna Chapman, a spokeswoman at The Bike Project.

"It's such a big, tough city to come to. You've got language barriers — all sorts of barriers. And it's just one practical tool that can help make that settling process just a little bit easier," she said. 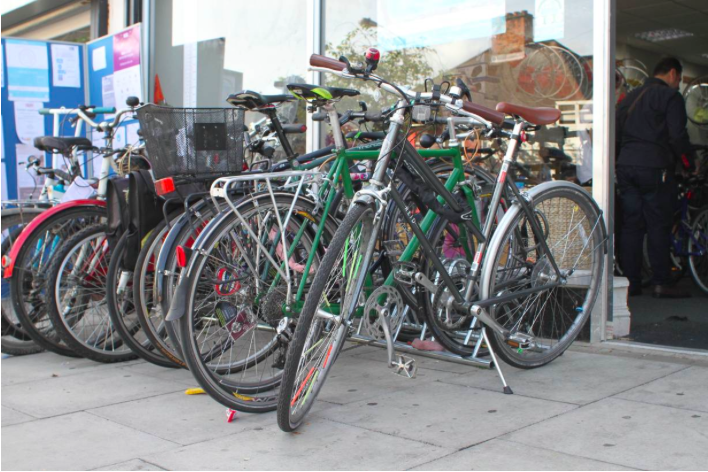 Since it started in 2013, the charity has given more than 2,500 refurbished bicycles to newly-settled asylum seekers and refugees in London. The group also sells bicycles online to help fund the project.

The sense of community also sees many refugees and locals, like Vicky Carnegy, signing up to volunteer. Carnegy said she was struck by the simplicity of the project when she decided to help out more than a year ago.

"It's a bit of no brainer to give bikes to people who've come here with nothing ... and to give them something that's going to make their mobility and health much better," said Carnegy, who teaches women refugees how to cycle each week.

"And who doesn't like being given something? It's no strings attached," she said.