Here's How the Refugee Team Is Doing at the Olympics

They’re winning of the hearts of the world. 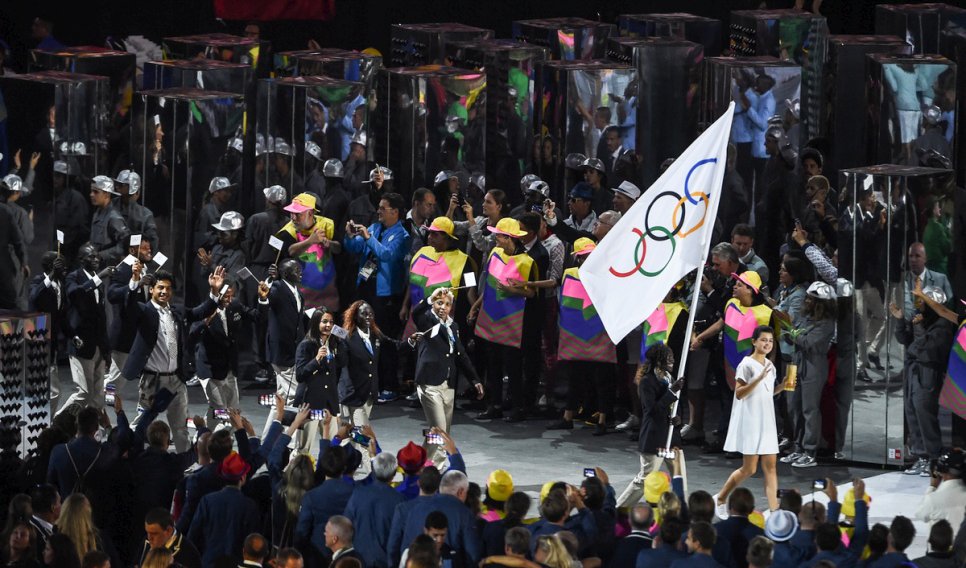 The first-ever Olympics refugee team received raucous applause during the opening ceremony last week. Since then, the world has been fascinated by the team’s bleak beginnings.

First there was the story of Yusra Mardini swimming alongside a sinking boat full of fellow refugees for three hours to guide it to shore. Then there was the story of Yiech Pur Biel abandoning his home at 13 to travel thousands of miles to safety and having to train barefoot. Then came the story of Popole Misenga wandering a rainforest in the Democratic Republic of Congo alone at age 9 after his mother was murdered in the war.

How could one person, let alone 10 people, overcome such adversity and then go on to compete on the world’s highest athletic stage?

The athletes on the refugee team aren’t just competing for medals — they’re also competing to bring awareness to the more than 65 million displaced people around the world who share similar stories of hardship and perseverance, who share the same hope for peace and safety.

To meet the whole team, go here. For now, here’s how the athletes are doing so far in the Olympics:

Yusra Mardini, originally from Syria, competed in the women’s swimming 100 meter butterfly and came in 41st place. She did not advance with her time of 1:09.21.

Yusra, you may not be leaving Rio w/ a medal, but you've left a mark on our hearts. You have a bright future ahead. pic.twitter.com/cbQDgkeJzX

Rami Anis, originally from Syria, competed in the men’s swimming 100 meter freestyle and came in 56th place. He did not advance with his time of 54.25.

Rami is back for the 100m Butterfly #swimming@Rio2016#TeamRefugees "Nothing is more precious then one's homeland." pic.twitter.com/zwSsJZ8GAI

Yolande Bukasa Mabika, originally from the Democratic Republic of Congo, competed in the women’s judo 70 kilogram event and lost to Linda Bolder of Israel.

Popole Misenga, originally from the DROC, competed in the men’s judo 90 kilogram event and defeated Avtar Singh of India in the round of 32. He then lost to Gwak Dong-han of South Korea in the round of 16, who went on to win the bronze.

Yusra Mardini was back competing, this time in women’s swimming 100 meter freestyle, where she came 45th with a time of 1:04.66 and did not advance.

Rami Anis returned for the men’s swimming 100 meter butterfly. He came in 40th with a time of 56.23 and did not advance.

"Our achievement here is telling other refugees to reach for their goals, no matter what." Rami, #olympicrefugeeteam#RioOlympics2016

Yiech Pur Biel, ran proudly in today's 800m heat. He won't make the final, but he's got his eye on future Olympics! pic.twitter.com/QMG9SaitWP

Anjelina Nadai Lohalith competed in the women's 1500 meter track and field event. She finished with a time of 4:47.38 and came in 40th place.

James Chiengjiek competed in the men's 400 meter track and field event. He finished with a time of 52.89 and came in 50th place.

Paulo Amotun Lokoro competed in the men's 1500 meter track and field event. He finished with a time of 4:03.96 and came in 39th place.