Oil companies are being pressured to disclose payments to the Nigerian government. 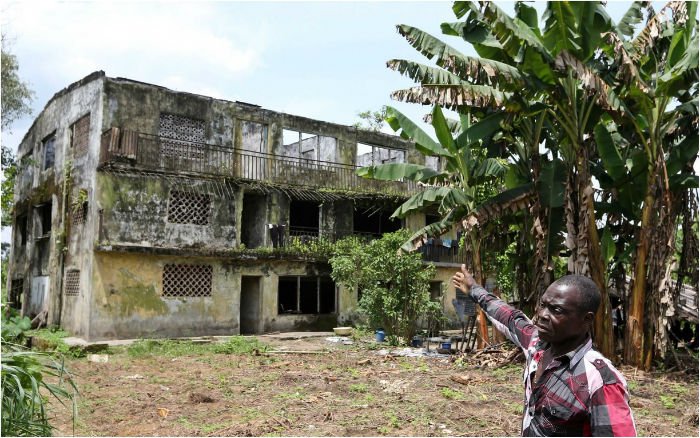 Paulinus Agala’s house was destroyed by rival factions in Rumuekpe fighting to control the community and therefore payments for community development from oil companies. He and his family now live in the ruins of this building.
Image: George Osodi/Panos for Oxfam America

Oil-producing area suffers in poverty and conflict, but information on payments could help unlock resources for development.

When Paulinus Okoro first came to Rumuekpe in 2010, he says “only one house had a roof on it.”

Okoro came to help Rumuekpe recover from a devastating conflict.  The community is home to pipeline facilities for four oil companies operating in the area. Through these pipes flows as much as 100,000 barrels of oil per day helping to fuel the 70 percent of Nigeria’s $521 million economy that comes from oil. Young people were fighting for control of the area, and for payments from oil companies. They destroyed nearly everything. 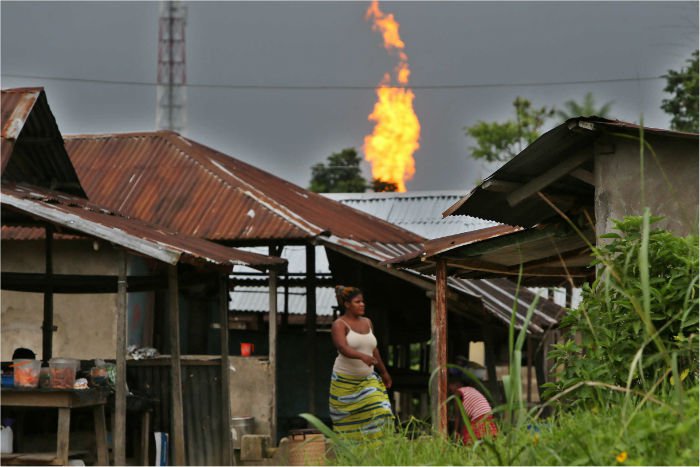 A gas flare illuminates the early morning sky in Akaraolu, Nigeria. Despite more than 50 years of oil production that has earned the country hundreds of billions of dollars, communities in the Niger Delta area are struggling in poverty and pollution.
Image: George Osodi/Panos for Oxfam America

Today, most of the homes lining Rumuekpe’s roads are now merely scorched concrete walls, with gaping holes that used to be windows, roofless. In one village, they have replaced the roof on the three-room school, but there are no windows, floors, chairs, or desks. Students sit on rough boards balanced on bricks and rocks. In another village, the chief shows visitors the site of the school, now completely overgrown by tall grass, and merely a memory for him and his neighbors.

Experts working in the Niger Delta say the conflict at some levels is understandable. “People in communities don’t understand why companies can come and take their land, destroy their crops and fish and kill the environment, and they don’t get anything from their operations,” says Ifeanyi Ajaegbpo, program director at the Community Institute for Enhanced Peace and Development. “They don’t have a political voice or any legislation to protect them.” 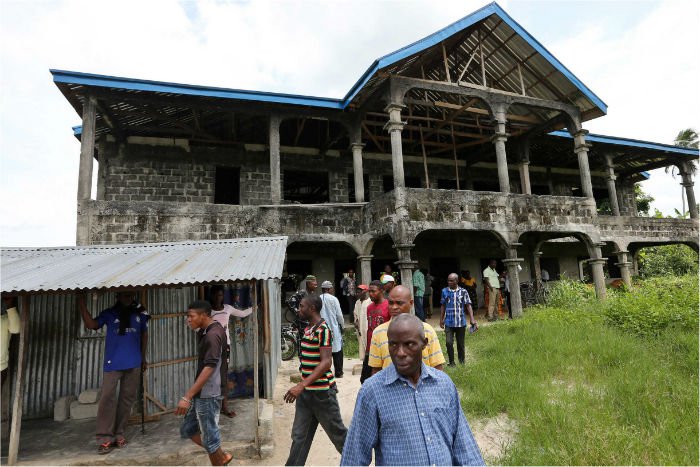 Community members leave a meeting in Rumuekpe, Nigeria. The community building was destroyed in fighting between rival gangs vying for political control as well as access to payments from oil companies operating in the area.
Image: George Osodi/Panos for Oxfam America

Who is responsible for development?

People in Rumuekpe are accustomed to pressuring oil companies to provide support for all sorts of community needs, says Gaius Sunday Ajuro, an elder in the community. He sees the irony of the millions of barrels of crude flowing past his bombed out community – but Ajuro says he and his neighbors could use a little information to help them verify they are getting their fair share of Nigeria’s oil wealth. “If we know what the companies pay to the government as royalties, we can hold the government accountable,” he says.  He says people are confused about the proper role of the company, and the responsibility of the government.  “The government needs to do its own part by providing security, piped water, and electricity” he says. “That’s their responsibility.”

Experts working with communities across the oil-producing Niger Delta region agree. “We’ve struggled for a long time to resolve conflicts and we’ve been operating in the dark,” says Ishmael Atorudibo, who has worked on resolving community conflicts for the African Center for Corporate Responsibility for 10 years in the Niger Delta. “We don’t know how much companies pay the government to carry out their responsibilities.” 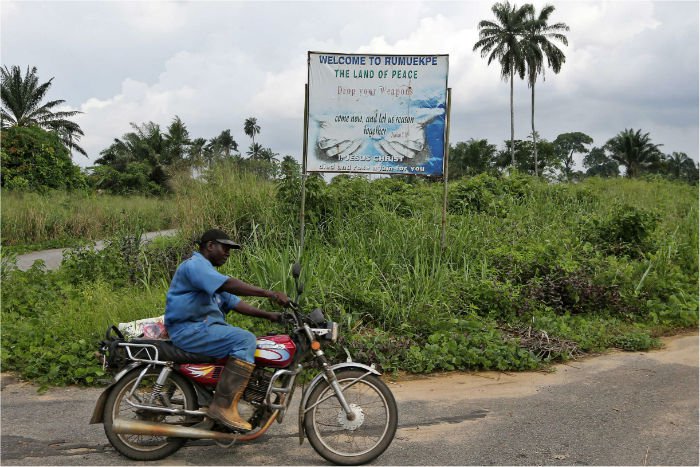 Drop your weapons” a sign implores those entering Rumuekpe, a community of seven small villages that endured years of violent armed conflict over control of oil pipelines and money from companies operating in the area.
Image: George Osodi/Panos for Oxfam America

Oxfam and many other organizations are pushing for companies to publicly disclose their payments to governments—it’s actually part of the 2010 Dodd-Frank Wall Street Reform and Consumer Protection Act. But they are still waiting (for five years now) for final rules from the US Securities and Exchange Commission to implement the law. The European Union, Canada, and Norway all have their transparency laws in place, and the world and people in Nigeria are waiting for the United States.

“US companies run the oil and gas sector in Nigeria,” says journalist Obas Esiedesa, in the capital Abuja. “Our laws are outdated so a law in the US will make them mindful of what they do here.”

“Such legislation, if adequately implemented, would go a long way to assist our organizations to tackle conflicts between government, communities, and companies,” says Ishmael Atorudibo. “If the communities could … know how much the companies pay the government, it will help them hold their leaders accountable. I think this is critical.” 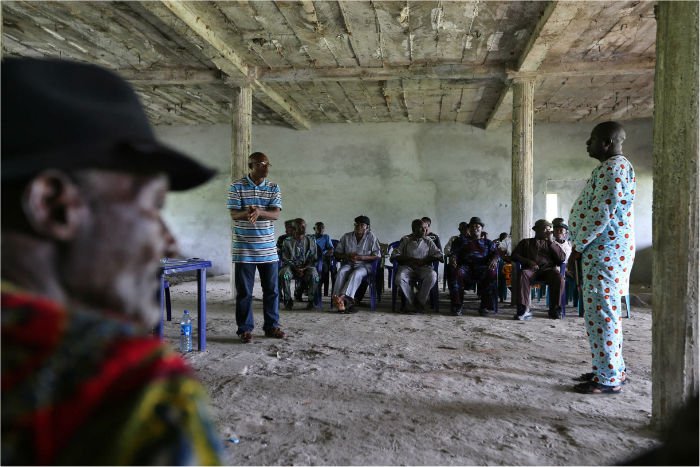 Elders meet in a partially reconstructed community center in Rumuekpe. Community members and their leaders are working hard to unify and find resources to rebuild following years of conflict.
Image: George Osodi/Panos for Oxfam America

Help people in the Niger Delta and other oil-producing areas get information about oil revenues, so they can get the development money they need.

You can go to TAKE ACTION NOW and sign the petition to help make sure big oil companies have #NoSecretDeals.

This article was written by Chris Hufstader.