Why Ronald Reagan Was a Strong Advocate of Foreign Aid

A side of Reagan you probably didn’t know 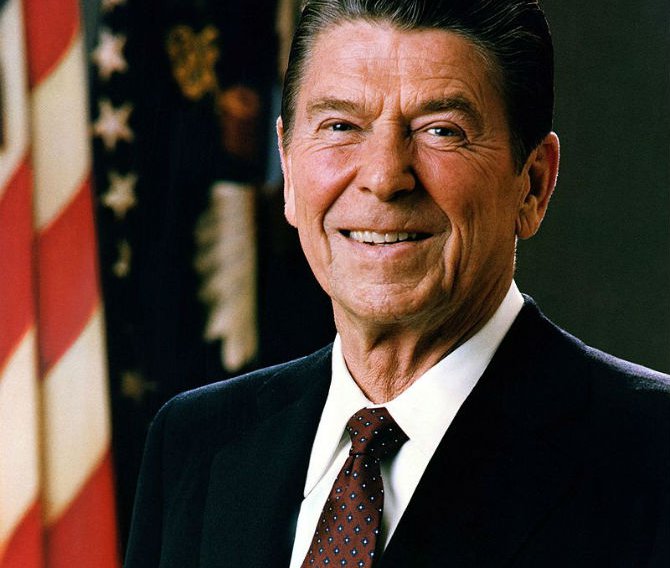 Ronald Reagan is probably remembered best for his resolve in the tumultuous final chapters of the Cold War. Or perhaps for his iconic speeches such as “Star Wars” and “Tear down this wall!”

Meanwhile, his foreign policy is best summarized by his slogan of “Peace through strength,” but what is less known about Reagan was his steadfast support for non-military foreign assistance as well.

Even though Reagan believed strongly in budget cuts, he nonetheless encouraged Congress to increase foreign aid spending. Despite congressional blocking, he increased the foreign assistance budget higher than it had been since the days of the Marshall Plan following World War II.

Reagan advocated for spending 0.6% of GDP on foreign assistance, which is double what we spend now. He believed that foreign assistance should be part of a larger foreign policy strategy to promote economic growth and democracy in the developing world and create long term allies for the US.

Reagan’s dedication to international aid was tested part way through his first term when a catastrophic famine struck Sub-Saharan Africa. Several countries that already struggled with food security saw up to 80% reductions in their agricultural outputs.

President Reagan’s response was game changing. He provided over $1 billion in emergency aid, which accounted for over half of the total response from all countries combined. In Sudan, where food availability dropped by over 80% due to drought, the international aid package was large enough to more than cover the amount of production lost.

He pushed back strongly against those who argued that foreign aid was a waste of money: “You know the excuses: We can’t afford foreign aid anymore, or we’re wasting money pouring it into these poor countries, or we can’t buy friends... Well, all these excuses are just that, excuses -- and they’re dead wrong.”

First, it’s in our national security interest. Reagan believed that the key to enduring peace was creating strong friendships. Aid is an effective way to turn developing nations with potentially unstable governments into powerful friends, as was done with Japan and Germany after World War II.

Second, it helps the US economy grow. Germany and Japan eventually became key trading partners for the US, and still are today. International trade promotes growth in all the countries involved, so the more nations there are to trade with the more money there is to be made. Small investments in lesser developed countries can lead to huge growth for everyone down the road.

Third, it's a core American principle to provide aid. The US was founded on the belief that “All men are created equal.” Today, all people in the world are certainly not born with equal opportunity.

Former President Reagan serves as a reminder to us that the world will always be a safer and better place when more of its people are free and have the opportunity to prosper.